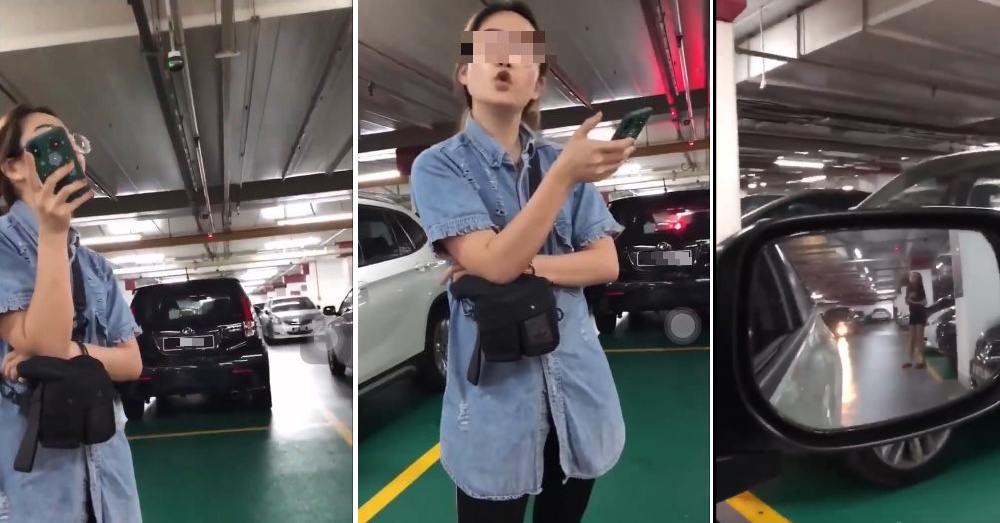 Malaysians and their funny parking habits can really be a source of ire and humour, so much so that this Facebook user decided to take to social media to point out another patron’s attitude, when she decided to ‘chop’ a parking spot for her friend’s car! 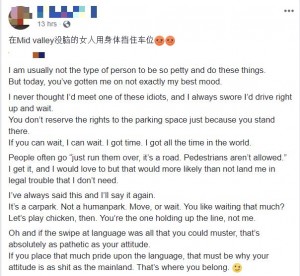 Watch the exchange below!

The woman who is clearly at fault–because there is no such thing as a human parking rule when it comes to car parks— firmly plants herself in the middle of the lot, and says that the man who is filming her has “no manners”. What an appalling attitude! 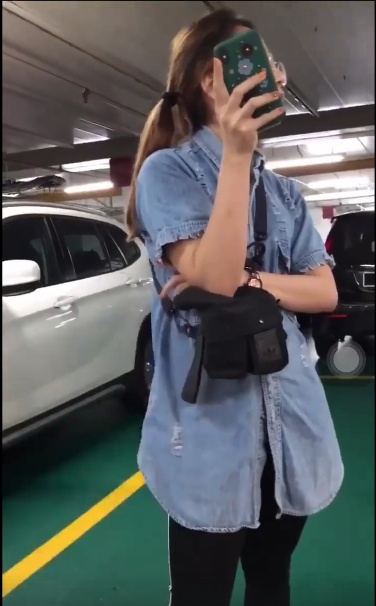 “You stand over here. You are not a car, you are a person,” the man says.

Like all Malaysians watching, you can’t help but chuckle at how the man calmly explains to the woman that she should move because his vehicle was there first. Apparently, the woman has also called him stupid for not knowing how to talk in Mandarin as he was a Chinese. What has that got to do with parking? 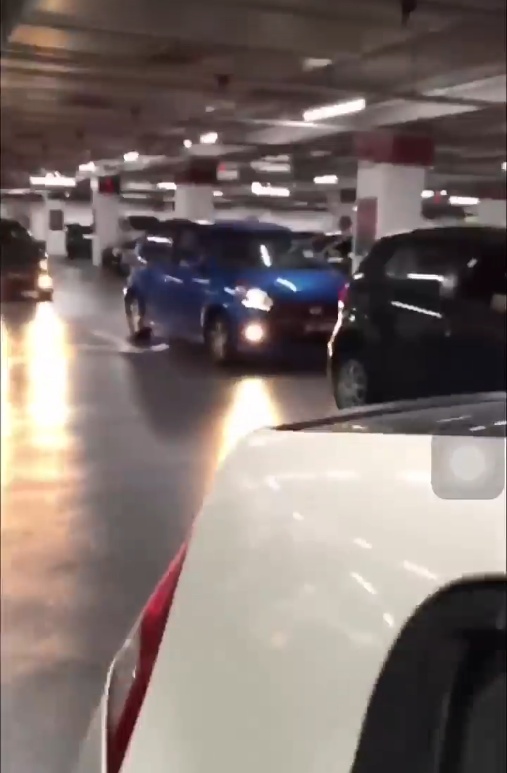 “This is not a human park, it is a car park,” the man filming the video can be heard repeatedly saying, while the woman attempts to shield her face from his phone as she stubbornly refuses to move from the parking space.

You can even see one of her friends and their car in the side view mirror! 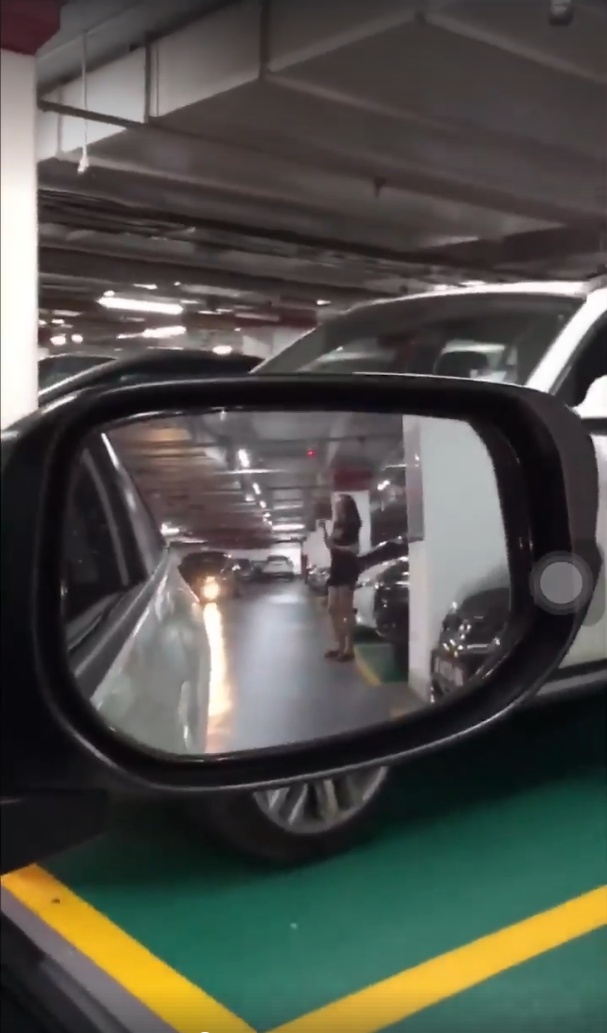 When the woman reportedly says that the man filming the video has ‘no face’, he retorts that she is the one who has no face and asks why she couldn’t look for parking just like everyone else.

While we’re not exactly sure how long this car park pettiness goes on for, we think it probably ends after about 10 to 15 minutes of surprisingly calm confrontation.

Kudos to the man for remaining calm throughout the entire exchange and for standing up for his right to park his car. He has also stated in the second half of his post that the woman’s personal life should not be dragged through the mud just because of her attitude towards their parking incident.

Guys, save face sikit la. Be courteous and don’t hog parking lots or ‘chop’ parking lots when YOU KNOW it’s clearly unacceptable. It is a car park, remember?

UPDATE: The woman has since apologised for her behaviour in a Facebook post, and has acknowledged her mistake. She had also apparently lodged a police report about the incident as she was worried for the safety of her family and herself after receiving massive backlash online. 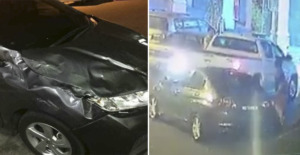