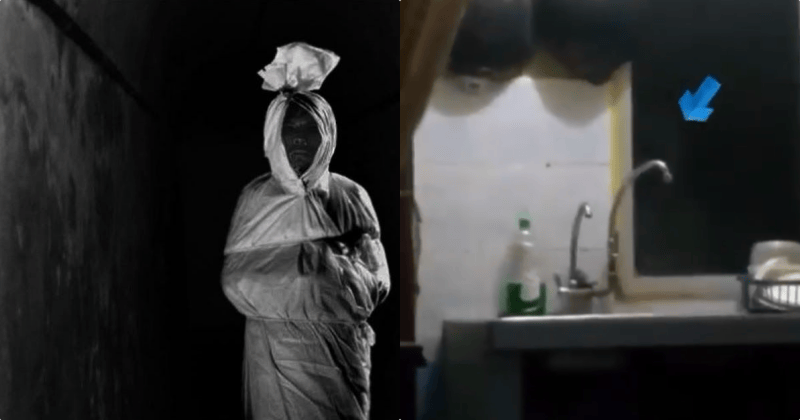 Paranormal sightings come in abundance with the advent of social media.

With members of the public thirsty for paranormal content, it is only natural that this video posted on Twitter will capture our attention.

Featured on Twitter, @mrcreepyposta shared a video of a paranormal sighting at an unknown location, but based on the dialect used by the cameraman, we assume that the event took place on the East Coast of Malaysia.

In the video, a silhouette of pocong can be seen staring through the kitchen window of this person’s home.

Now for those who do not know what a pocong looks like, here is an image we have included to gauge your keen attention to the subject matter. 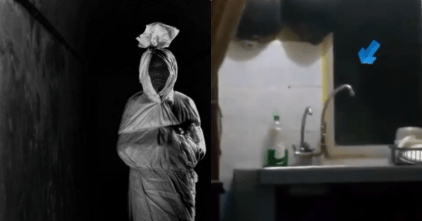 So if you look at the video, a silhouette of the pocong’s head and shoulders is evident through the kitchen window of this homeowner.

In his tweet, he writes, “This is a recording taken at 3 am. It is a good thing that the location of the kitchen and the hallway is not so far that I could not record an image.”

“On a positive note, at least no one was doing the dishes right now. That would have been a different story altogether.”

A netizen commenting on the tweet talked about a similar experience her cousin went through (we know, it is always a cousin or some distant relative).

“I remembered my cousin’s story of his encounter with a pocong. He was ironing his clothes when a strange smell made him look out the window.”

“He came face-to-face with it. It was ugly and had very bad hair.”

Is this real? Or is it just a prank? Share with us your thoughts in the comments section below. 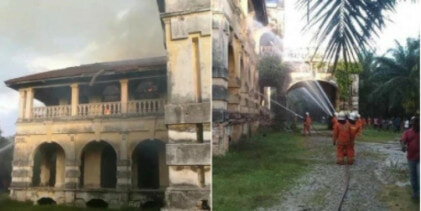