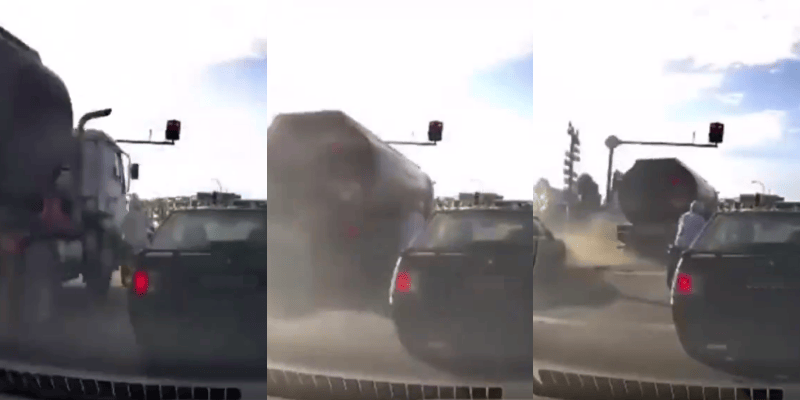 Truck drivers can be absent-minded, especially when driving on roads often used by smaller vehicles.

Caught on tape is a video of how a motorcyclist almost became another road accident statistic. A tanker failing to recognise the danger it is posing to other road users almost took him out.

As the tanker was seen speeding and running a red light simultaneously, the driver narrowly missed the motorcyclist but took an unsuspecting vehicle on the left side of the tanker.

Taking out a car in the process, the truck driver stopped after realising the fault he made and eventually made his way to the side of the road. 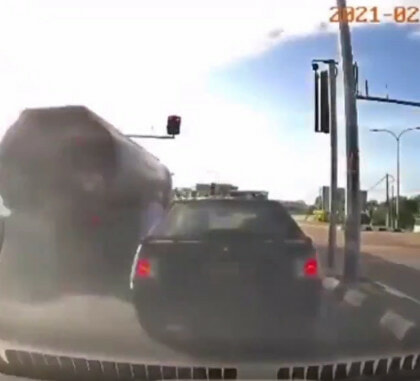 The incident is believed to have taken place at the Kampung Pengkalan Batu area in Mersing, Johor.

With speculations arising that the truck may have experienced a brake malfunction, only further investigations by the authorities will tell what truly happened at the scene.

For now, let’s just say that we are glad that everyone involved walked away unharmed from the incident. 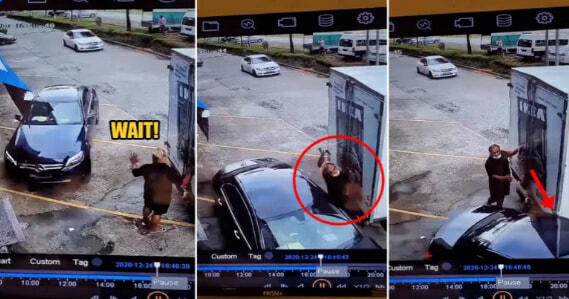