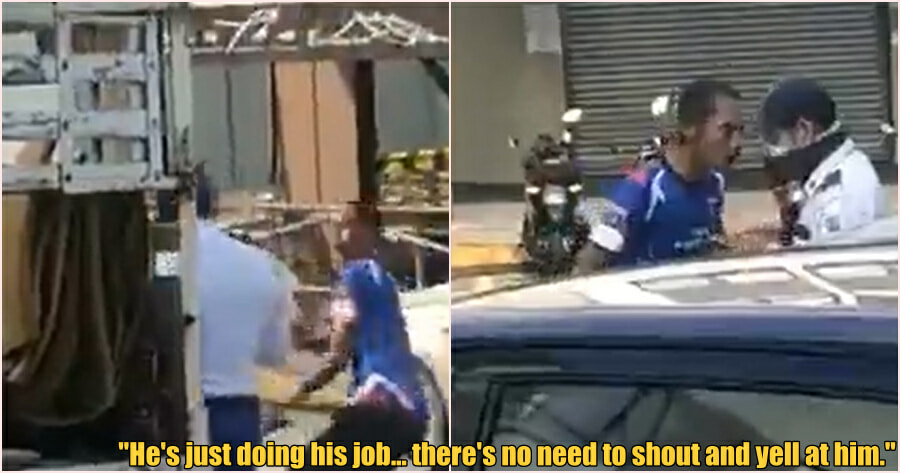 Let’s face it, we’ve all been mad at the authorities in the past for some reason or another. But what we must not forget is that, at the end of the day, they are just doing their jobs.

Recently, a video of a man provoking and threatening an enforcement officer went viral on social media.

The video which was recorded by a bystander, featured a man yelling and even threatening to punch an enforcement officer as he continued about doing his job. 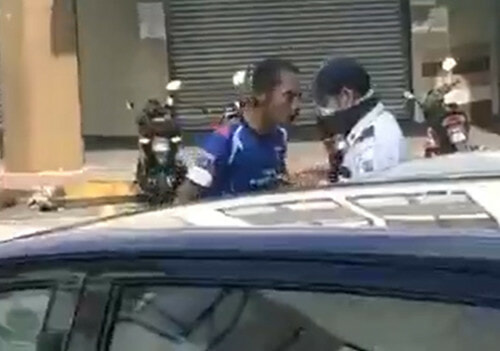 The man followed the enforcement officer around trying to capture his attention. However, the officer was as solid as a rock and continued to ignore the man. 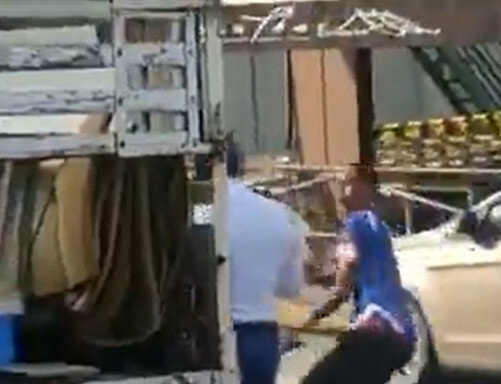 The video was circulated all over social media and has garnered plenty of attention from Malaysians. Netizens were quick to commend the enforcement officer for remaining calm despite the tough situation.

“What is the secret behind how he is so calm? Please give tips. Even when I see a cockroach that is flying I curse at it and panic. What more having to deal with someone yelling like this,” commented a user.

Another user joked, “The officer just wanted to settle things quickly as it was almost lunch time.”

Some speculated that the man was angry for receiving a summon. One user said, “Just pay the summon. Don’t yell and shout. He’s just doing his job… he probably doesn’t even want to do it but because of his sense of responsibility, he does his job properly.”

Police have arrested the man

The video has even captured the attention of the police who have released a statement in regards to the incident.

Sungai Buloh OCPD Supt Shafa’aton Abu Bakar said that they received a police report on 5 January from the man who works as a Kuala Selangor Municipal Council (MPKS) enforcement officer.

“Based on the police report we received in the morning, we then managed to arrest the suspect at a petrol station along Jalan Bidara 6/3 at around 10pm the same day,” she said in a statement.

She added that the case has been classified as criminal intimidation.

Those with information on the case may contact the Selangor police hotline at 03-2052 9999.

What do you think of the officer’s calmness? Let us know in the comments. 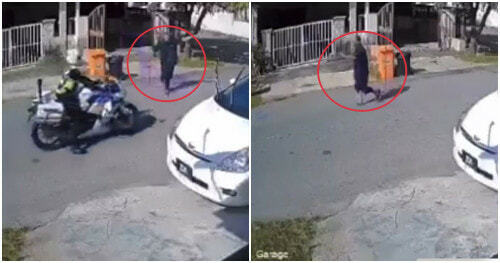