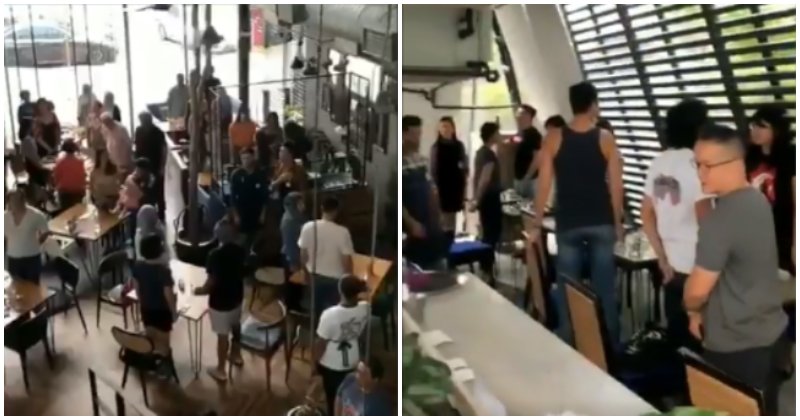 If there’s one thing a Malaysian can recite that’s probably written in stone in their hearts, it’s our national anthem.

But truthfully, after our schooling days, how often do we hear the national anthem?

One netizen who was at the Jibby & Co outlet in Empire Subang managed to witness a touching moment when the national anthem, ‘Negaraku’, was played over the speakers and all the patrons stood proud and sang along. Lovelydarshan (@lovelydarshankaur) took to her Twitter account to share the heartwarming moment.

In the video, patrons of the restaurant can be seen leaving their meals to pay tribute to the national anthem by standing strong and singing out loud and proud.

Their voices can be heard in unison, singing along with the song playing through the speakers of the establishment. It’s still unknown as to why the cafe had played the anthem, but we’re not complaining considering it’s such a beautiful sight to see our patriotism still going strong after all we as a nation have been through. *cough, Najib, cough, Zakir Naik, cough*

Another netizen, upon seeing Darshan’s posting, decided to share another incident in which Malaysians proudly stood for their national anthem.

She wrote, “Same goes as to when I went to MSF in Sepang last Saturday. Proud Malaysians!”

This is clear proof that no matter what is thrown at Malaysians and no matter how much we may disagree on some issues, we still stand as a united nation.

Darshan’s posting has since garnered over 1,200 retweets. 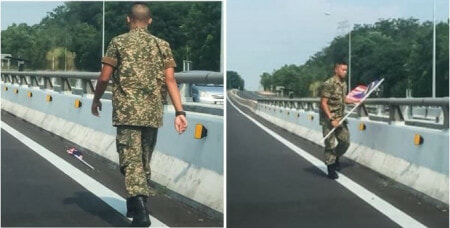