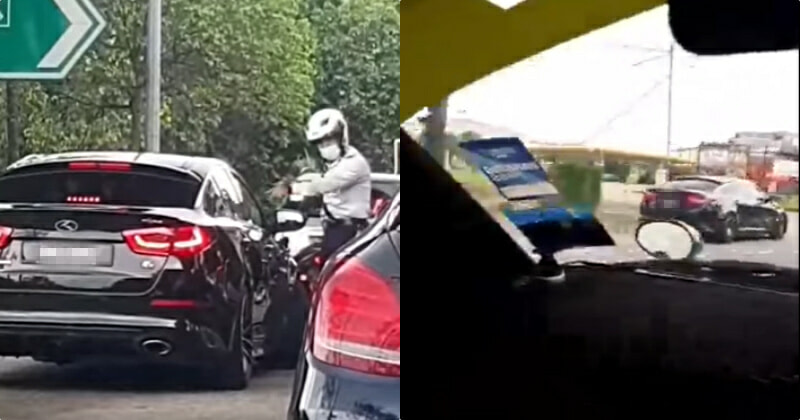 Taking to Facebook, crime channel Info Roadblock JPJ/Polis shared a story of how a black Kia (mistaken by the page as a Mitsubishi) evaded a police roadblock and almost ran over the officer on duty near the Kajang Toll.

In the earlier parts of the video, the police officer can be seen scolding the driver, before the driver rolled up the driver side window and ran off.

Later, the black car can be seen taking a turn at a junction in an attempt to run away from the police.

According to the Kajang District Deputy Chief of Police, Superintendant Mohd. Sabri Abdullah, at around 2 pm, an officer was notified by the public of a vehicle that avoided a roadblock by turning back.

“A police officer went on a pursuit and instructed the driver to stop, but the suspect refused and sped away.”

“The driver, however, managed to escape.” 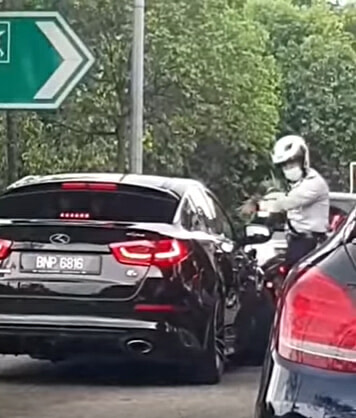 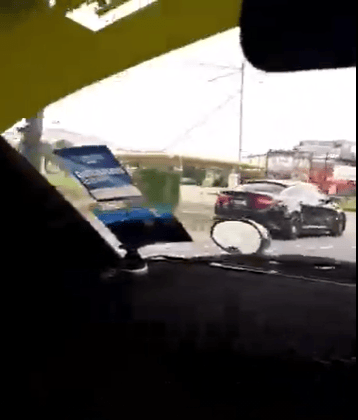 The police are now on the lookout for the suspect and would like to ask members of the public for further information on the matter.

Currently, the case is investigated under Section 42 (1) Road Transport Act 1987 and Section 186 of the Penal Code.

Let’s help the authorities track this person down, shall we? 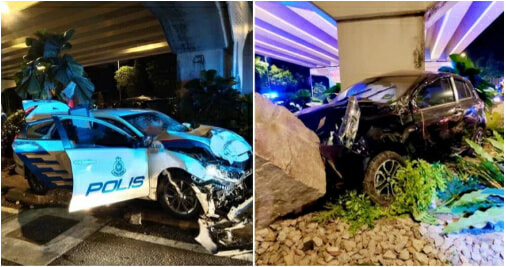