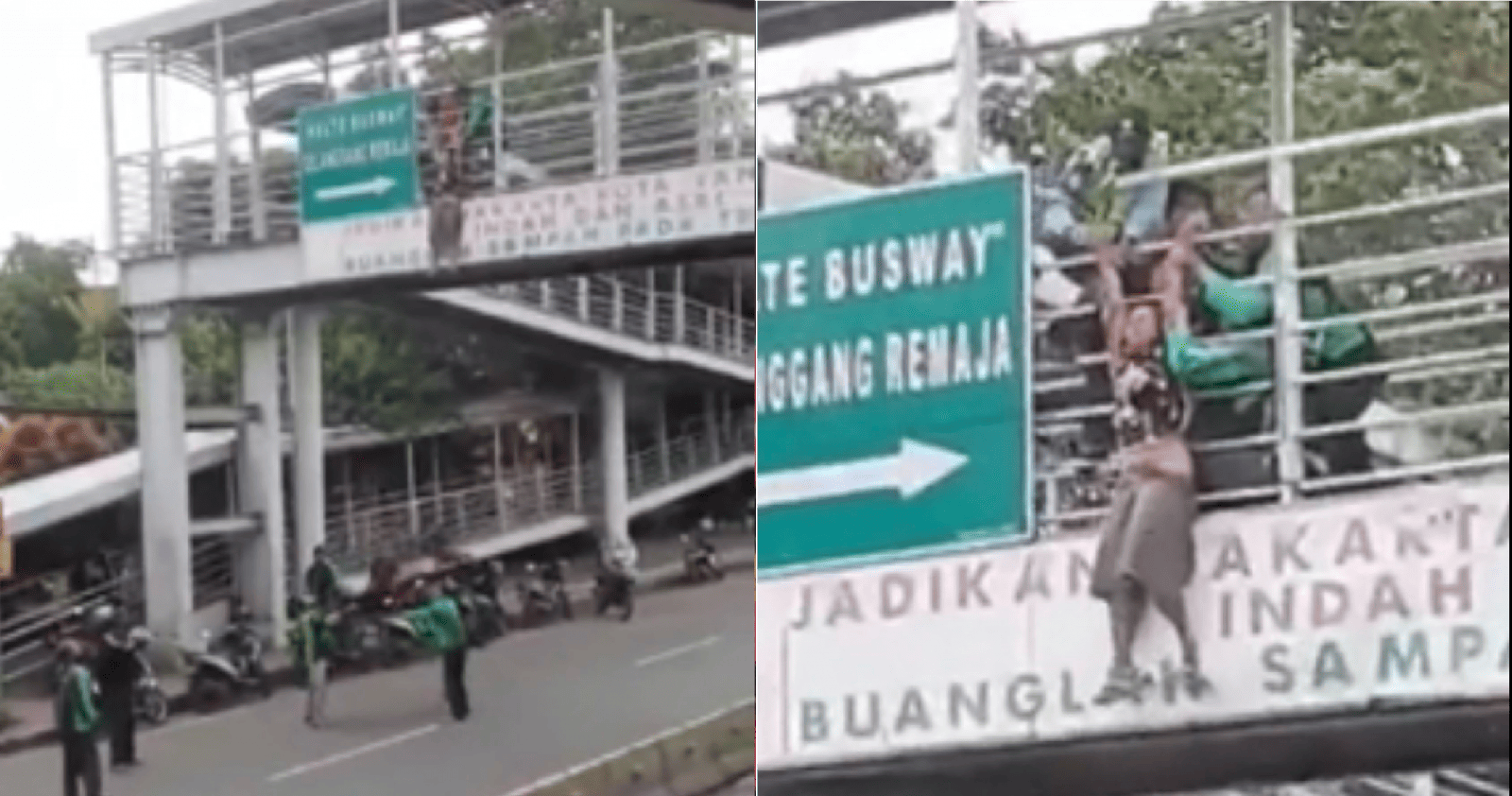 The quick action by e-hailing riders and two Trans Jakarta officers managed to save the life of a suicidal woman from jumping off a footbridge in East Jakarta, Indonesia last Thursday (28 January 2021). As reported by Indonesian news portal Solopos, the incident happened at 10.30am at the footbridge above a busy road in Halte Gelanggang Remaja in the Republic’s capital. 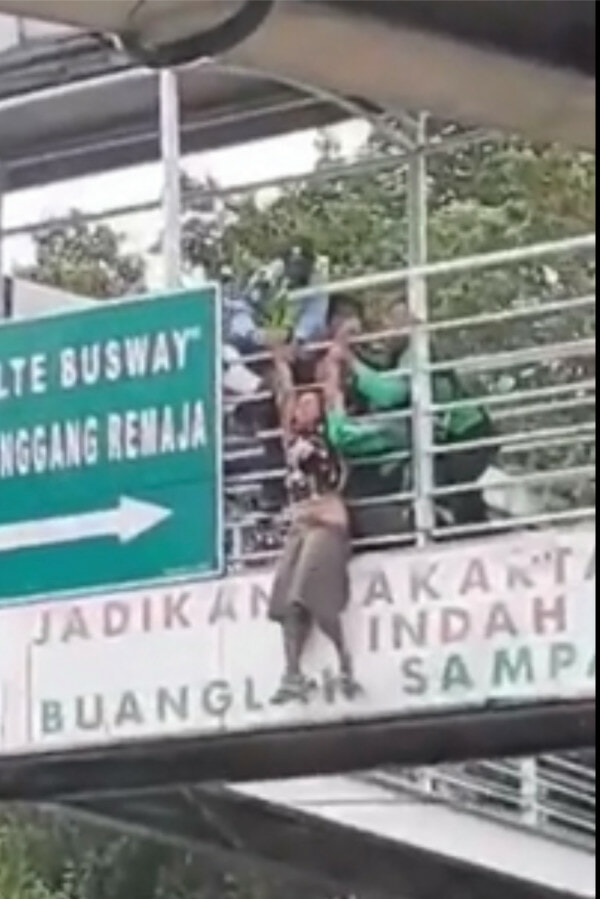 One Trans Jakarta officer named Kurniatul noticed that the woman was about to jump onto the traffic below via CCTV and quickly contacted his colleagues at the scene, Lutfi and Fina. The latter rushed to the woman and was assisted by a group of Grab and Gojek riders who were nearby.

A video of the incident was recorded by a passerby and subsequently went viral on social media. You can view the video below:

Fina and Lutfi then did their best to calm the woman down and give her water to drink. They finally managed to convince the woman to not go through with her plans to commit suicide.

It was then revealed that the woman was suffering from depression after her lover abandoned her even though she was 5 months pregnant. She was then handed over to the authorities and was admitted to Dinas Sosial for psychiatric help. 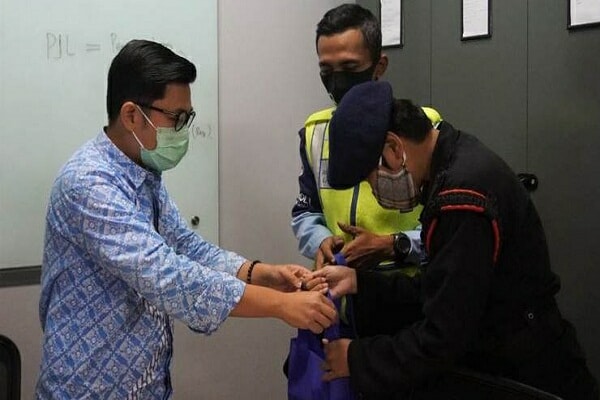 Trans jakarta officers lutfi and fina receiving an award for their heroic actions.

The Trans Jakarta officers who helped save the woman was given a prize and an award for their heroic action by the Financial Director of Trans Jakarta, Welfizon Yuza. Thanks to the quick action of both and the help of the e-hailing riders, two lives were saved that day. 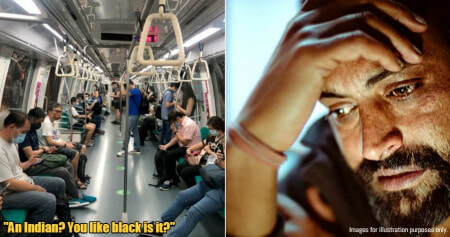