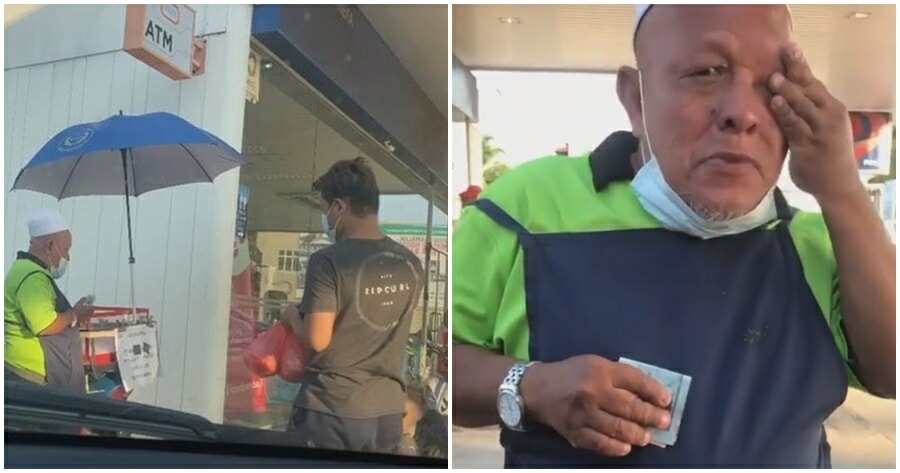 Recently, a video showcasing a fruit-selling pakcik in tears went viral after a woman named Alina Farahin shared how she and her husband bought out the entire supply of freshly-cut fruits from his stall.

The video that was posted on 19 February has garnered over 23,000 shares on Facebook shows the poor pakcik wiping away his tears while clutching the money given to him after the kind couple paid him for his produce.

“To whoever is passing by Petron station in Masjid Tanah, Melaka, please take care of this pakcik for me,” said Alina in her post that was shared on 19 February.

Alina shared that she was craving fresh fruit but her child wanted ice cream so they stopped by a Petron petrol station to buy some. When they reached the station, Alina saw the pakcik and his small fruit stall.

“Pakcik is so strong standing there for who knows how long just to finish selling his fruits. At his age, he shouldn’t be even working but this is the only choice to make a living.” 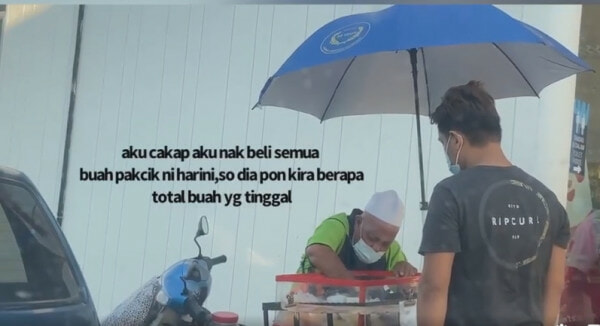 Alina then shared that she and her husband bought all his fruits so that he can return home and rest. The pakcik was initially stunned when he received the money. He stood for a moment and prayed before going to Alina’s car to thank her for her kindness. He was so touched by the couple’s good deed that he started tearing up!

“It’s so sad. Tomorrow, we have to go back to KL and I don’t know when I’ll be able to see this pakcik again,” said Alina in her post. 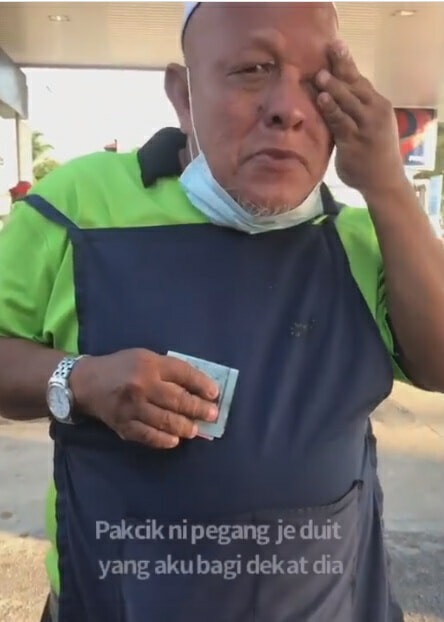 The kind netizen urged those who live or pass through the area regularly to visit the pakcik’s stall. “It’s not expensive. At least we get to help him.” Since the posting went viral, a woman named Nurul Amierah Zaini, said she was the pakcik’s daughter and took to the comment section of Alina’s post to thank her.

“Actually this pakcik is my father but my siblings and I live far away. I’m in KL and my younger sibling has been in Penang since the MCO. It’s been a long time since we’ve returned to Melaka.” 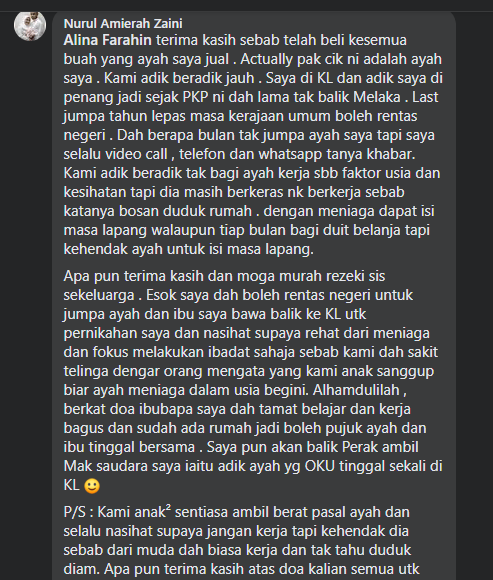 Amierah added that she would always keep in contact with her father through WhatsApp and video calls. “My siblings and I don’t give my father work as he is old and we are worried about his health but he still works hard because he says he’s bored at home. By running a small business, it fills his free time even though we still give him a monthly allowance.”

Nonetheless, she thanked Alina for her kindness and will return to visit her parents to advise them to rest and take it easy in their old age. She also thanked netizens who showed an overwhelming amount of support for her father’s business.

This hardworking pakcik certainly deserves the recognition he’s getting. If you’re in the area, do visit his stall! 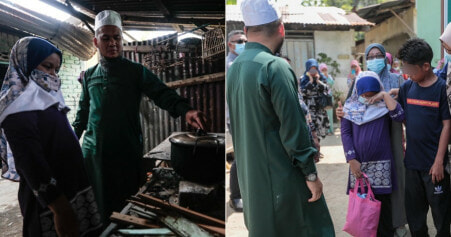