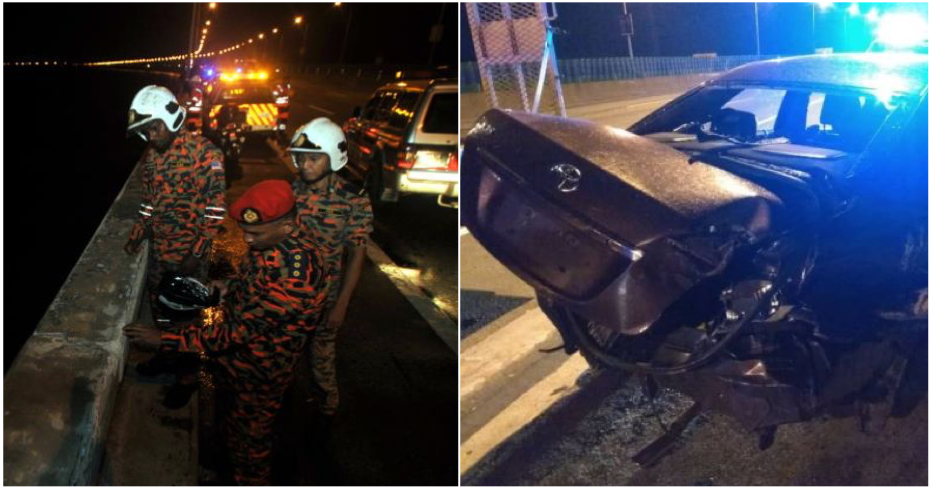 Earlier this morning at about 2.35am, a car had plunged into the sea after being rammed by another car that lost control after speeding along the Penang bridge.

The occupants of the car are still missing.

Here is the footage of the accident, viewer discretion is advised.

Dashcam video showing accident on Penang bridge this morning at 2.35am where a car,
believed to be driven fast by drunk driver,
loses control and clipped another white Honda HRV, and that HRV rolled over the guard rail and dropped into the sea. pic.twitter.com/0bA33bamiA

The chief of Perai Fire and Rescue, Azlan Hassan said, as quoted by Channel NewsAsia,

“Rescuers found a Toyota Vios badly damaged but its driver only lightly injured. We have not been able to ascertain to make of the other car and the status of its occupants.” 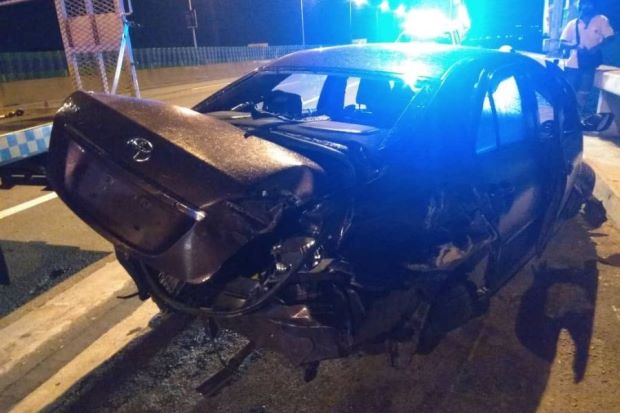 He also added that a search-and-rescue operation which included the Marine police were deployed immediately. 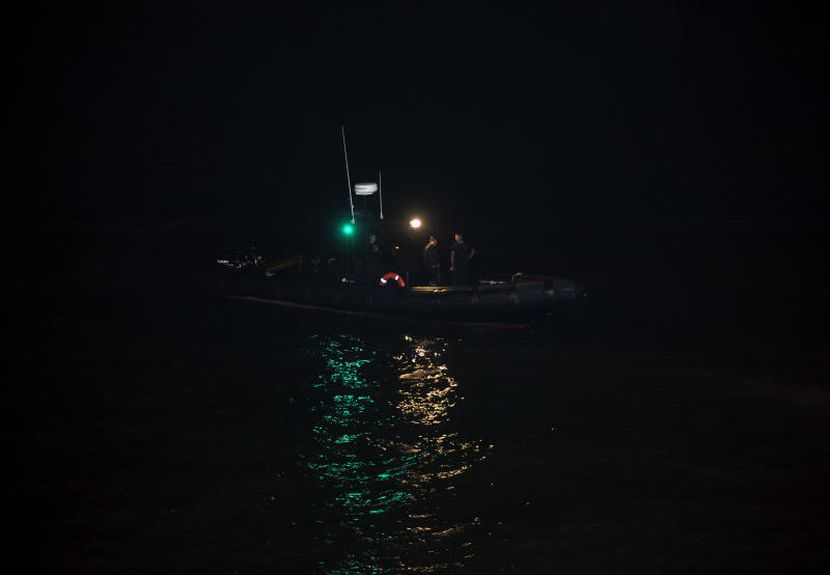 A witness, only known as Azrul, who was fishing with a friend from one of the bridge’s pillar, told the media that they saw the car falling into the sea but couldn’t see anything clearly as it was too dark. He added,

“We shone our torchlights where it fell but did not see anyone.” 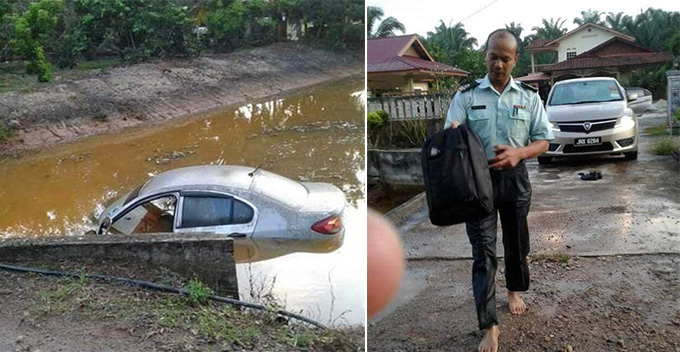