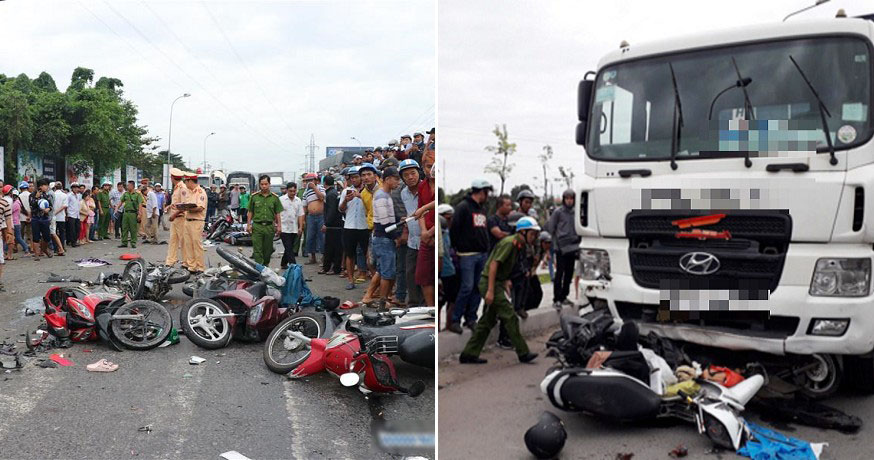 On 2nd of January 2019, approximately 20 people riding their motorbikes got rammed by a container truck in Vietnam. The victims were stationary at a traffic light waiting for it to turn green when the lorry driver coming from behind them swerved right into their direction. This video shows how accident happened.

Apparently, preliminary investigation indicated that the truck driver had tried to beat the light before it turned red. However, as seen in the video, some 20 motorcyclists were in the front and hence fell victim to the accident.

According to VnExpress, the accident happened at 3.30pm in Ben Luc District. The truck reportedly dragged the motorbikes for over 150 metres. Some of them even broke in half.

“It was horrifying,” an eyewitness said. 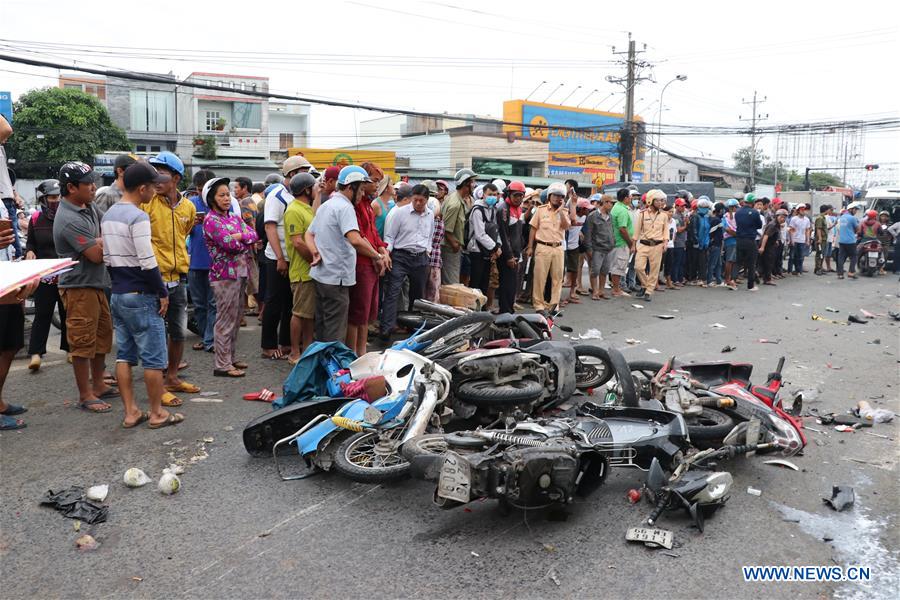 Xinhua Net also reported that at least six people had died from the crash while another 22 were severely injured. 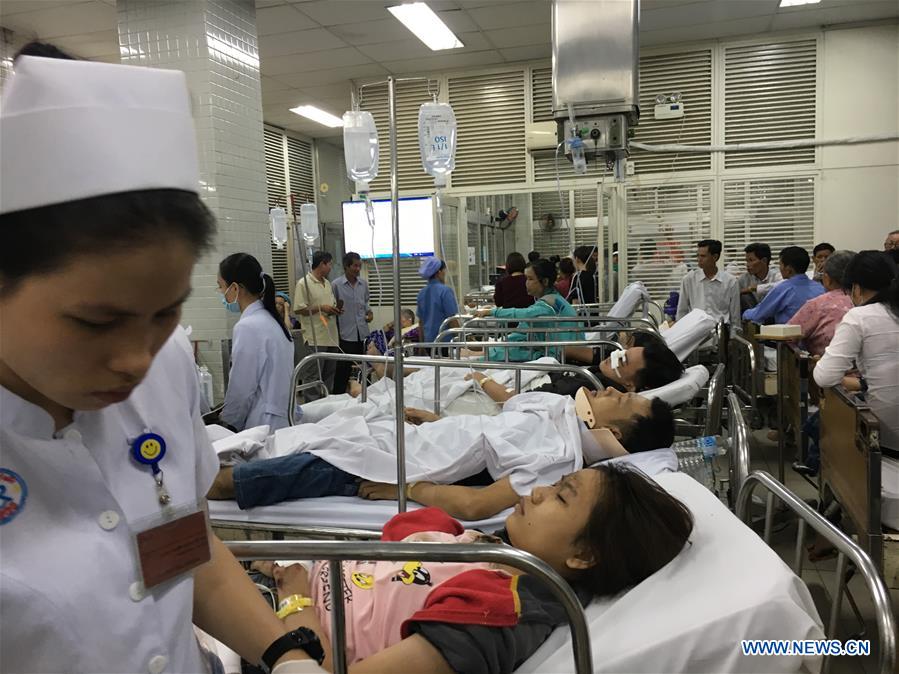 The truck driver, Pham Thanh Hieu, 32, left the scene immediately and currently, the authorities are still on the lookout for him. Meanwhile, some people have been speculating that the truck driver could have either swerved to avoid banging the truck in front or possibly lost control of the vehicle.

Hopefully, the police are able to find the suspect soon for further interrogation. 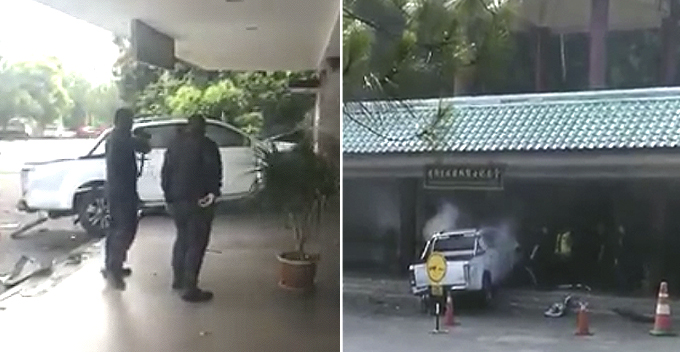