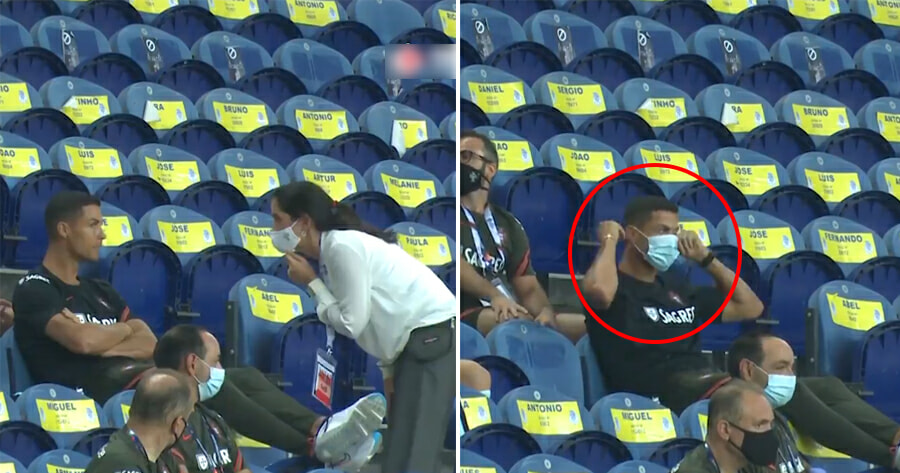 A viral video of Cristiano Ronaldo recently surfaced on Twitter and caught the attention of many netizens especially in Malaysia. The 22-second clip shows the Portuguese football sensation watching the UEFA Nation League game.

He is seen obviously not wearing a mask while others sitting around him were wearing theirs. A staff of the stadium then approaches him and asks him to put his mask on.

Without any hesitation, Ronaldo quickly reaches for his face mask and puts in on in compliance with the standard operating procedures.

The match on Sunday (6 September) was the first match for Portugal in the UEFA Nation League. The Portuguese side managed to bag a 4-1 win against the 2018 World Cup finalists, Croatia. Ronaldo, who is the captain of the Portugal team, however, did not play in the match and was just watching from the spectator’s seat.

The video that went viral on Twitter also caught the attention of many Malaysian’s who compared Ronaldo to Malaysia’s ministers. Some of the tweets were mostly comments on how certain “VIPs” got away with not following SOPs.

One of the tweets from a malaysian netizen 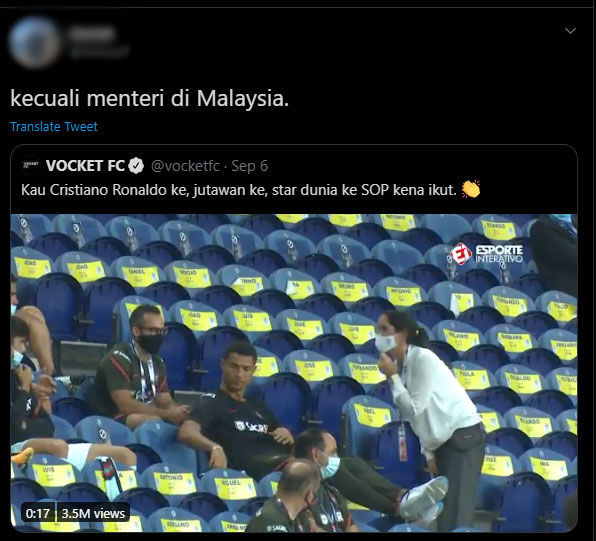 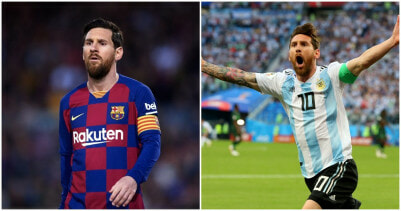