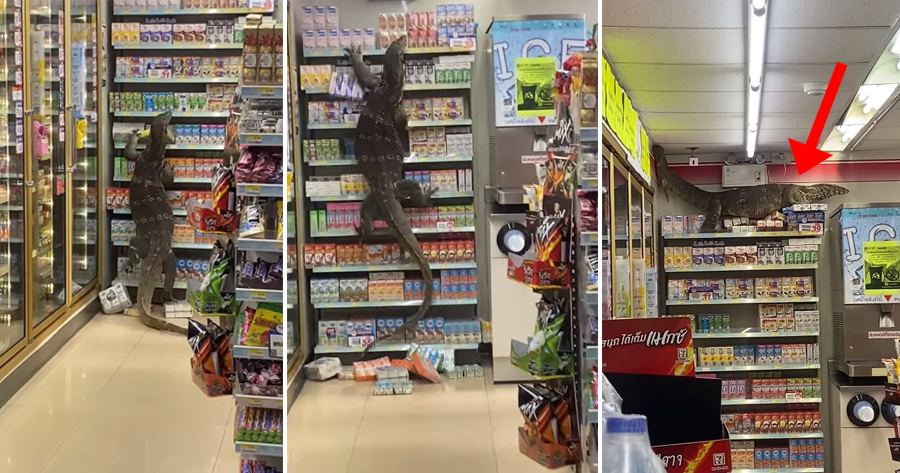 Shoppers at a 7-Eleven store in Thailand had a terrifying experience when a giant monitor lizard decided to walk in and do some ‘shopping’ itself.

In a video circulating on social media, the giant lizard can be seen approaching a shelf filled with drink cartons. It then starts climbing the shelf as people can be heard screaming and laughing in the background. The lizard then reaches the top and perches itself on the cartons.

According to NBC News, the incident took place in Nakhon Pathom, a town just outside Bangkok.

A store employee later called the police who brought reptile handlers to catch the giant reptile. They dragged the lizard out of the store and lured it towards a bush nearby.

Netizens were amused by the giant lizard, with many likening it to Godzilla, the fictional prehistoric sea monster. 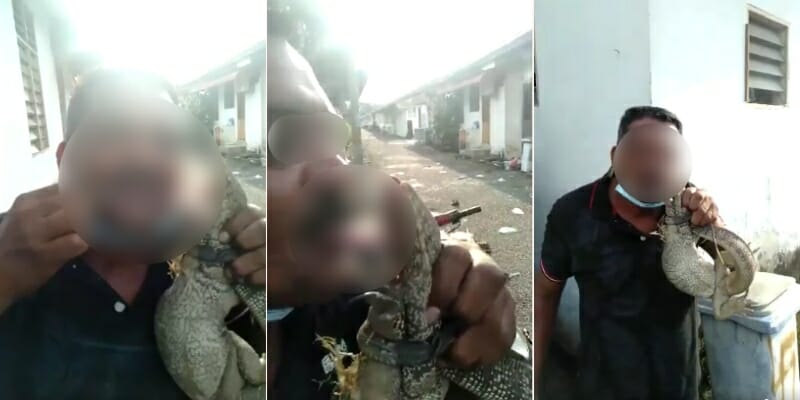