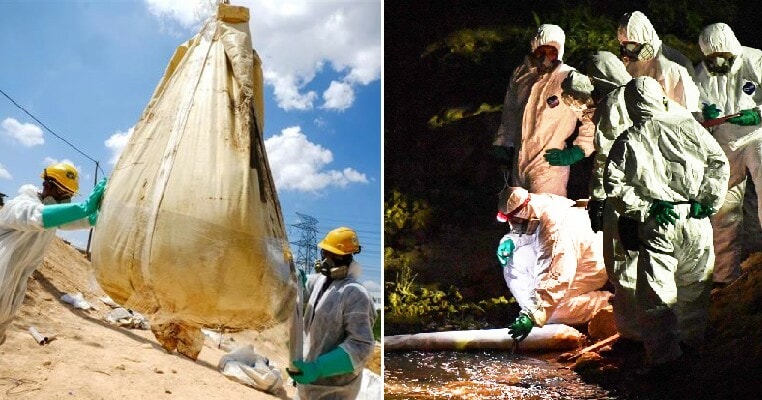 News about the pollution of Kim Kim River in Pasir Gudang, Johor has shocked the nation after thousands of people fell sick due to the illegal dumping of chemicals. In an effort to prevent other people from getting sick as well, clean-up efforts on the chemical dumping has been going on for days as these unsung heroes tirelessly work for 24 hours a day to ensure that the river is safe again. 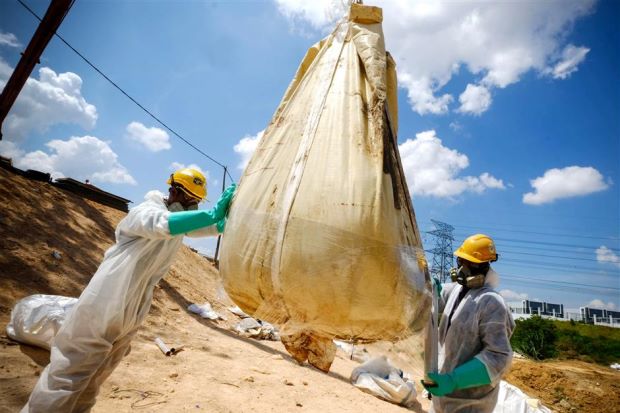 Based on a report by Sinchew, one private contractor said that they had deployed about 60 employees to clean and supervise the river about 24 hours a day. The staff can be seen at the river banks wearing protective clothing while spotlights had been switched on to enable them to see better when night falls. So dedicated! This cleanup team has been at the river since Wednesday (March 13) and they have been cleaning around the clock.

In fact, they have already collected about 1,250 tonnes of soil, water and sludge from the river, The Star reported. So far, Johor Health, Environment and Agriculture Committee chairman Dr Sahruddin Jamal said that about 1.3km of the 1.5km river has already been cleaned up. 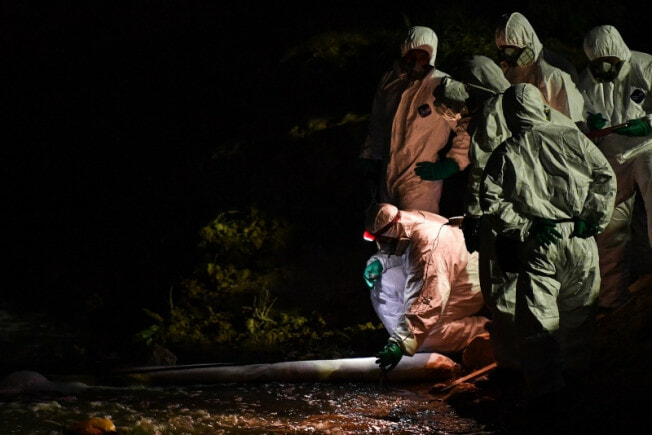 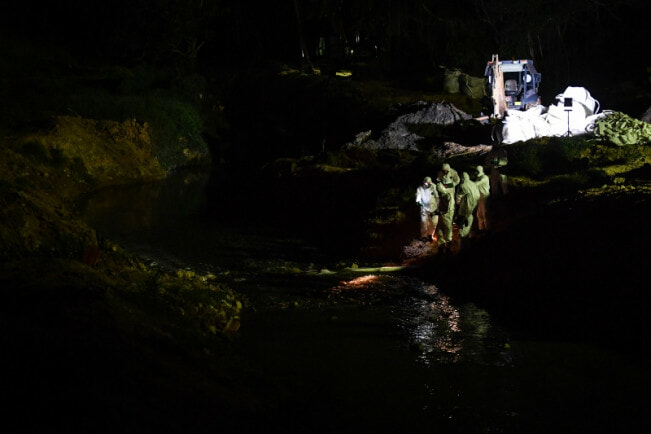 Yet, their job is still not over as more than 11 agencies around the country are being deployed to contain the pollution and treat the victims. Fire and Rescue Department’s hazardous materials (Hazmat) specialist M. Murugiah said that he was training some other firemen in Kuala Kubu Bharu but stopped when he received orders to go to Johor on March 12, according to The Star.

Currently, there are 10 Hazmat teams who are checking everything 24 hours a day including collecting air, water and soil samples for analysis. “We carried out decontamination works for the teams moving in and out of ground zero at the river and also for people entering the Pasir Gudang stadium for check-ups,” he added. 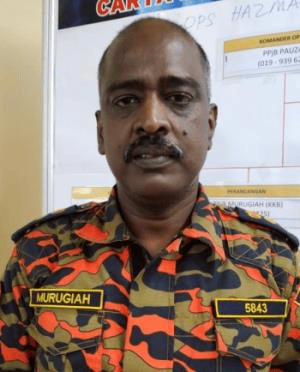 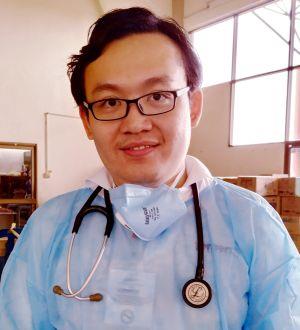 Mercy Malaysia medical volunteer Dr Soh Yih Harng, 34, Malaysia Civil Defence Force (APM) ambulance driver Muhammad Atikullah Aziz, 31, and Red Crescent volunteer Amy Sim, 32, are all part of the medical agencies who have sent personnel there to help the people who got sick. All of them said that at first, they were rather shorthanded but soon, more volunteers arrived to lighten the burden.

As for N. Shanker, 52, who is the technical director of the main contractor cleaning up Kim Kim River, he said that they are supported by two other contractors which make up a total of 90 people who are working around the clock since Wednesday. Luckily, the river is mostly cleaned up now with some micro-cleaning left but he said that this is the first time he has cleaned up a river in his 12 years of experience.

Thank you, our heroes who have worked tirelessly to ensure that the river is once again safe for us!

Also read: 8 Chemicals Have Been Identified in Pasir Gudang’s Kim Kim River, Here’s What They Are 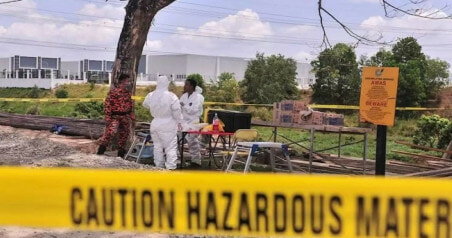