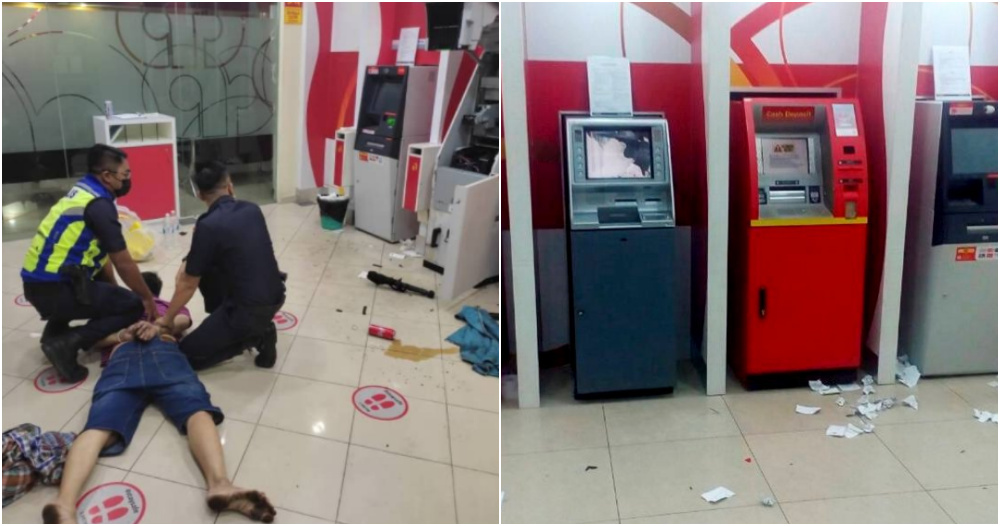 A 39-year-old man from George Town, Penang was caught attempting to break into a Cash Deposit Machine (CDM) at a bank in Balik Pulau two days ago, 23 June.

According to BERNAMA, Southwest district police chief Supt Kamarul Rizal Jenal, they were alerted by the bank’s assistant manager after he heard the bank’s alarm system go off at around 10pm. 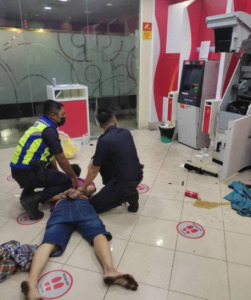 “A police team was deployed to the location and when they arrived there, the police found the man. The inspection found that he had broken the outside of the CDM machine using a car’s absorber to take money from the machine,” he said.

He added the 39-year-old suspect claimed to have done so because of the many hardships he has been facing.

The investigation found that the man, who was still single, and unemployed lived in George Town and came there by bus, simply to commit the crime, adding that the suspect also had four previous drug-related records. 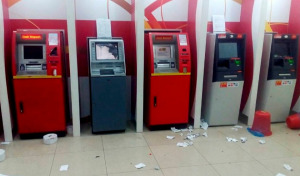 Police did not rule out the possibility that the man acted in such a way due to these said hardships, but further investigations are still underway.

The case is being investigated under Section 380 and Section 427 of the Penal Code,” he said. 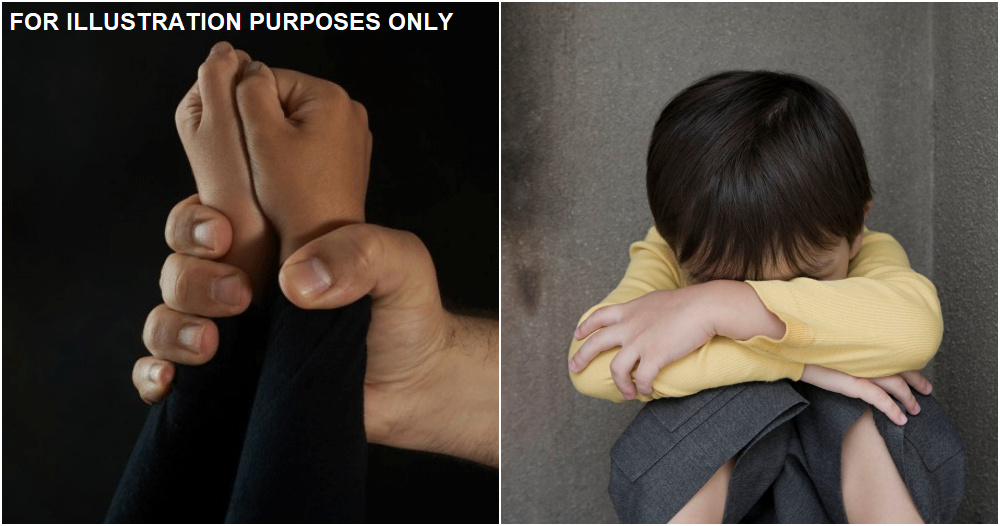