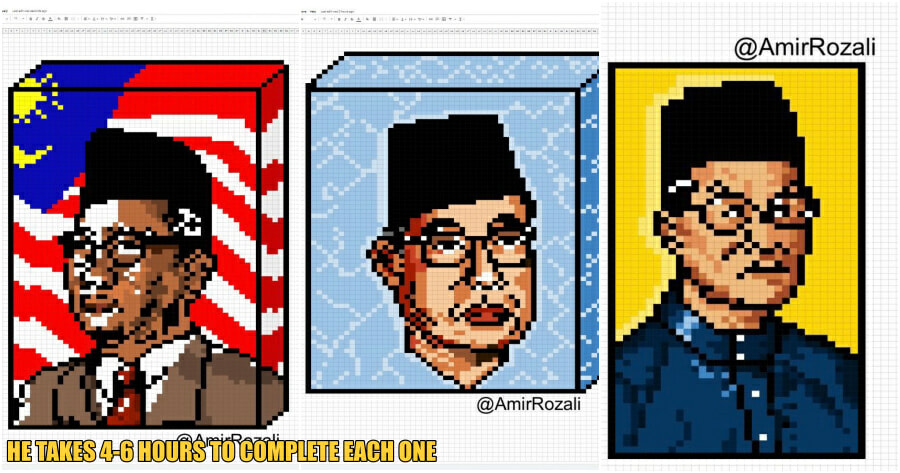 Artists often normally stick to programmes and processes that they are used to in order to create their works of art, but it seems that more and more Malaysians are exploring many different and unconventional ways to make art. It was recently reported that a Malaysian woman had used Microsoft Excel to create an image of a KTM station.

Now in a similar fashion, a full-time student at USM has gone on to create portraits of our former prime ministers with Google Sheets, a similar programme to Microsoft Excel.

In a post on Twitter, Muhamad Amir Hakimi Bin Rozali shared some of the portraits which include: Tunku Abdul Rahman, Tun Abdul Razak, Tun Hussein Onn and Tun Dr. Mahathir Mohamad. In his post, Amir says, “Finally done. Every former prime minister of Malaysia drawn on Google Sheets, each drawing took about four to five hours to finish.” 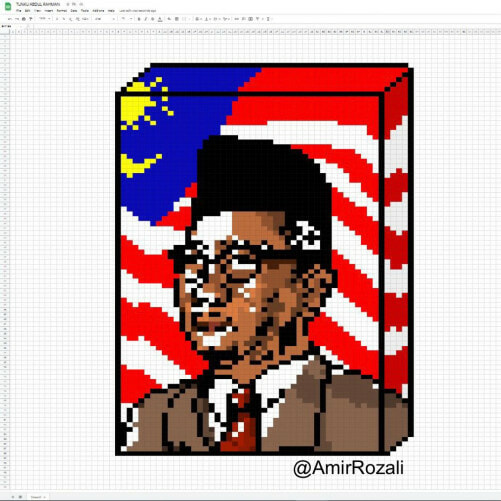 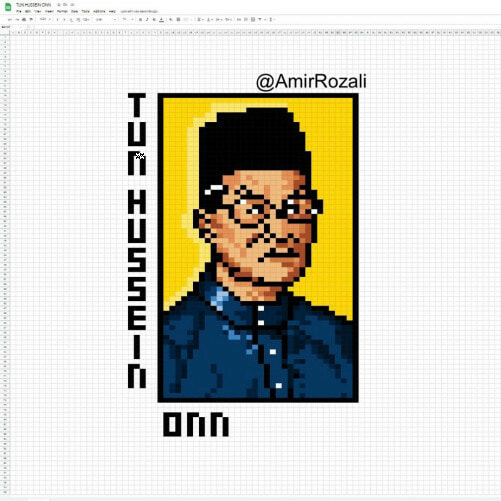 He added that the works will be available as a Non-fungible Token (NFT) which is a unique proof of ownership over digital artwork, such as music, images, documents. It will be available for sale tonight (15 September) at 9pm on Pentas, a NFT marketplace with buyers being able to get the actual link which they can save. 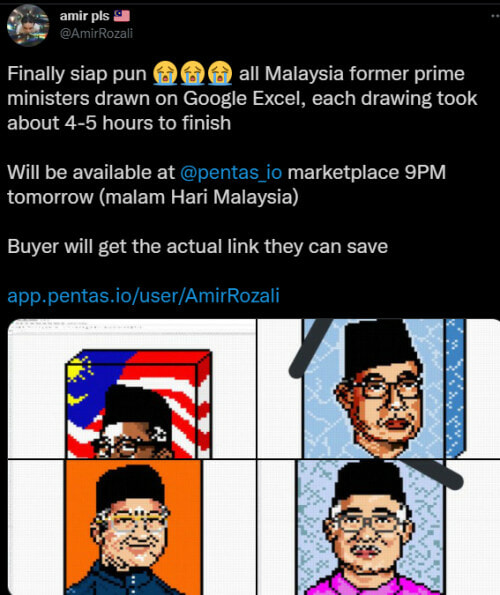 Speaking to WORLD OF BUZZ, Amir Rozali said that each artwork took him about four to six hours to finish with Tunku Abdul Rahman’s being the most difficult. “It took more than 6  hours as I needed to make it as detailed as possible,” he added.

“The process was rather stressful and emotionally painful. I even had to use a straight object to measure (as I had misplaced my ruler) if the size of my artwork is accurate. This includes the size of their faces, their songkoks, their noses and any other facial features they have including wrinkles.”

On the inspiration behind the work, Amir said that he has always had a huge interest in pixel art.

“I saw the huge demand for pixel art on NFT platforms, and what inspired me was how often I had used Google Sheets during my internship. Since Hari Malaysia is near, I thought it’d be a great idea for me to create an artwork of former prime ministers.” 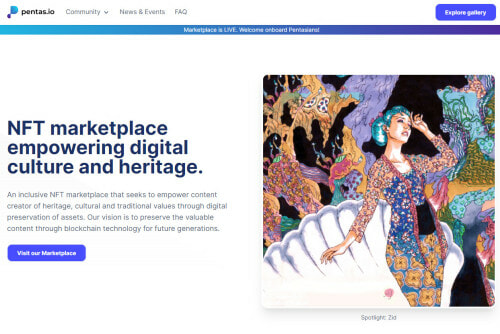 Regarding selling it as an NFT, Amir said that he has a huge interest in cryptocurrency and blockchain technology. Furthermore, the existence of Pentas which was created by Malaysian tech developers tied to his passion for art as well as blockchain.

“This was an excellent opportunity for me. Besides wanting people to gain more exposure and basic understanding about our local NFT platform, my motive was to make the public notice that blockchain could be the future.”

The post has garnered plenty of attention leaving many users speechless with Amir’s Google Sheet skills. Many commented on how even doing basic things with Google Sheets is challenging, what more seven individual portraits!

One user said, “I get hectic even when making a schedule on Excel.”

On the massive amount of interest that has been shown towards his work, Amir said, “Surprisingly my artwork has garnered quite a few crowds which were not anticipated at all. The tweet has a total impression of more than 200,000 people as of today. I have not found any potential buyer yet, since I haven’t officially released it yet, but some NFT creators have reached out to me.”

But it doesn’t end there! Amir told us that depending on the success of this project, he plans to create more artwork with Google Sheets in the future. “Maybe of well-known Malaysian figures or famous artists,” he added.

Do support and keep a lookout for more of Amir’s works here. 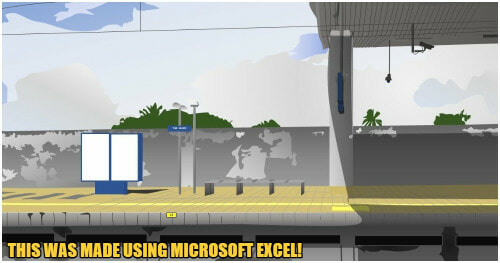