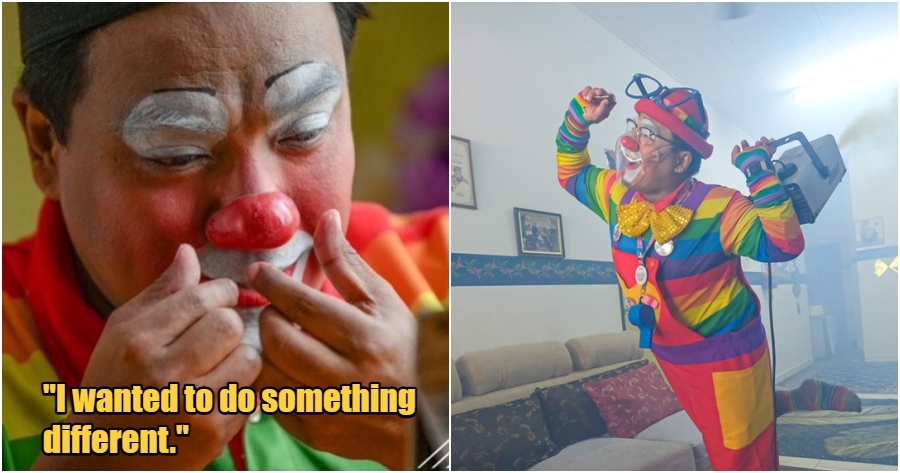 Ever thought of inviting a clown over to your place for sanitisation service?  Well, it’s not impossible.

Recently, a man in Taiping who worked as a clown prior to the lockdown came up with an idea to once again entertain the people, but this time with a twist.

43-year-old Shaharul Hisam decided to dress up again as his alter ego, Peewit de Clown and offer house-to-house sanitisation service to earn a living while cheering the people up. 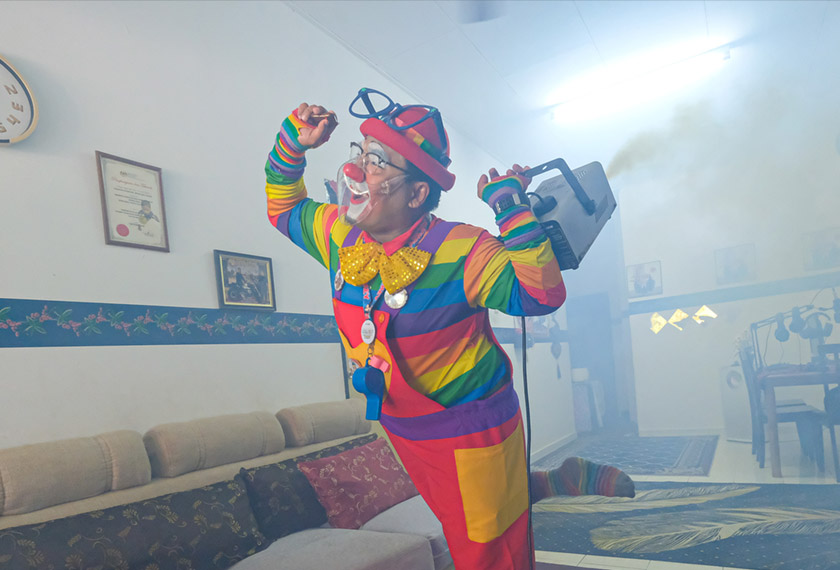 According to Bernama, he started venturing into the clowning business around 2012 where he has since performed at celebration parties, especially the ones involving children such as Children’s Day and School Canteen Day events. However, the Movement Control Order halted these events and his income was affected.

Shaharul, a father of three, realised that he couldn’t stay home for a long period of time with such limited income, hence the sanitisation idea was born.

“I wanted to do something different and so far it has been well received by the public,” he added. 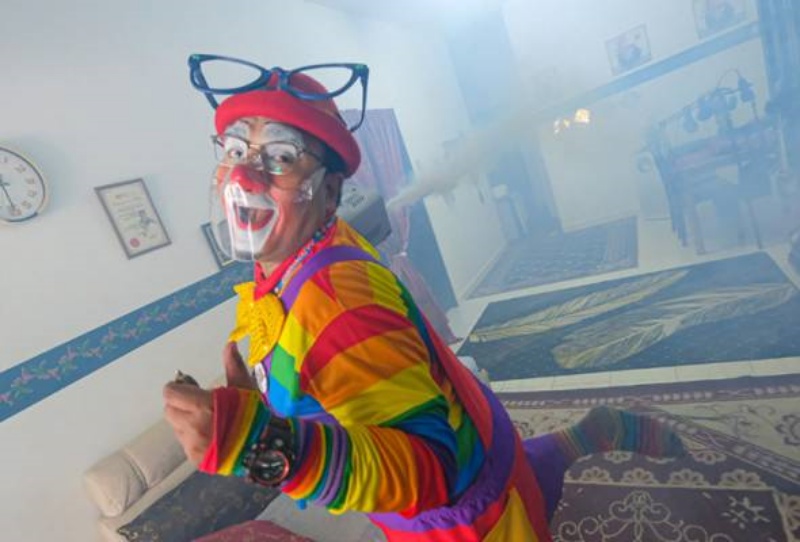 Since then, he has dubbed himself as the fogging clown and assures that all SOPs are complied by wearing a face mask and a face shield, while also maintaining social distance with the residents.

It usually takes him between 15-45 minutes to change and he charges only a fee of RM50 for his house-to-house sanitisation service. Despite the 30% lower income as compared to his previous job, he is still grateful to be able to make a living during tough times like these. 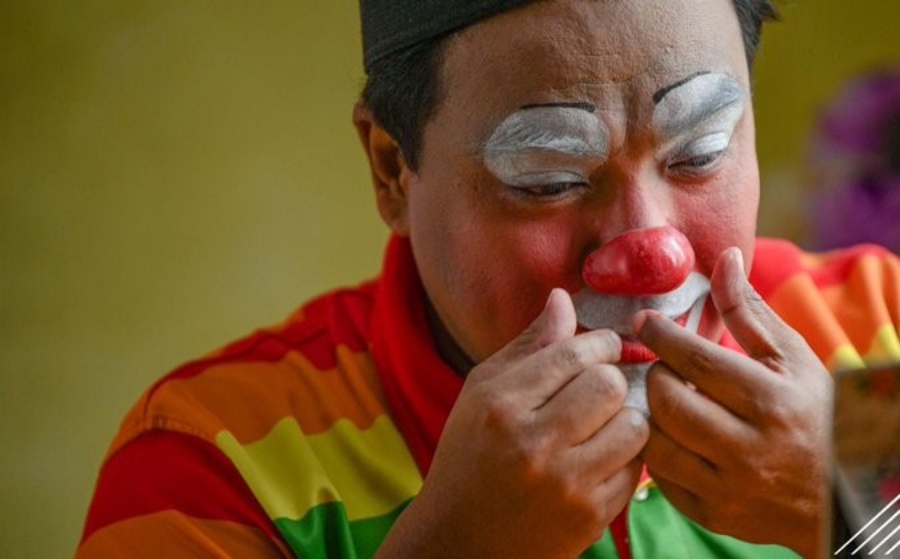 Astro Awani also reported that some clowns in Malaysia exchange their stories in experience through social media such as Kami Clown and Muslim Clown Malaysia. In Perak alone, there are almost 30 clowns who are on social media.

Shaharul further added that they hope the nation will recover from the pandemic immediately as their main income are directed mainly from the events that can only be held when the lockdown is lifted.

His career is one of the most affected fields during this lockdown, but his determination to earn a living is certainly something inspiring!

Also read: Japanese Political Candidate Dresses As “The Joker” To Annoy Rival Candidate Who Is Anti-Mask 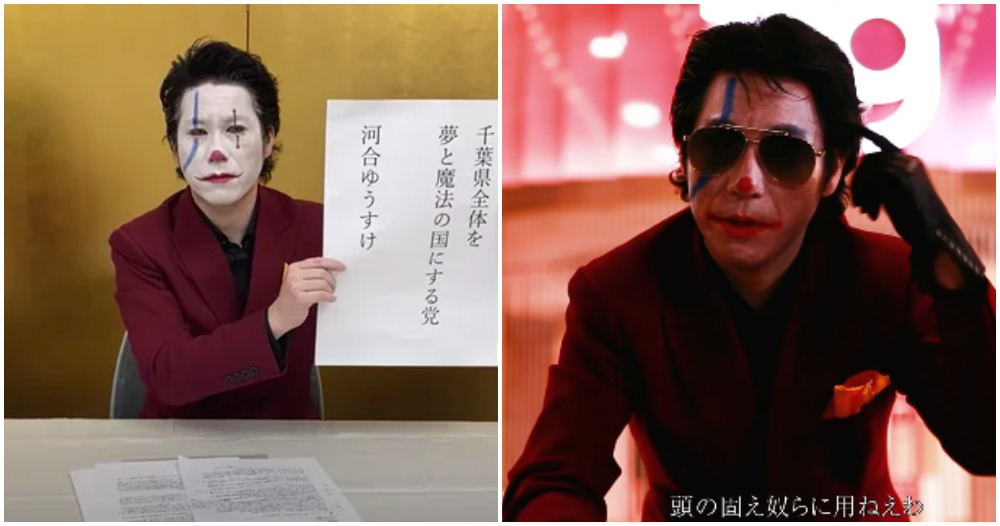