Once again, foodies can make another excuse to travel to the north for amazing lor bak at a long-established stall which has been passed down for four generations! 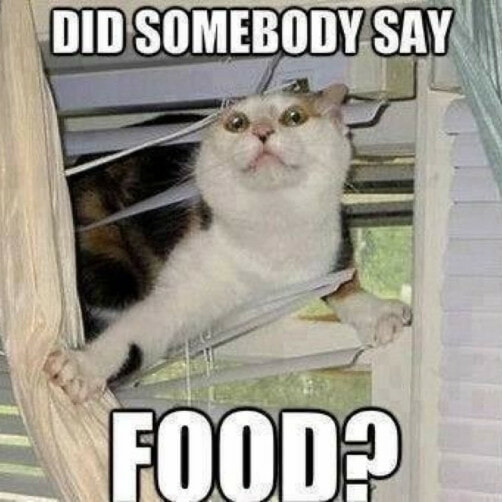 This 100-year-old stall in Georgetown serves traditional pork rolls, made from minced pork that’s seasoned with five-spice powder and then wrapped in soy skin and deep fried till crispy. Sounds so delicious!

Besides this glorious dish, other deep fried goodies such as prawn fritters, spring rolls, battered fish and beancurd are also sold here. These goreng goreng items are making us hungry! 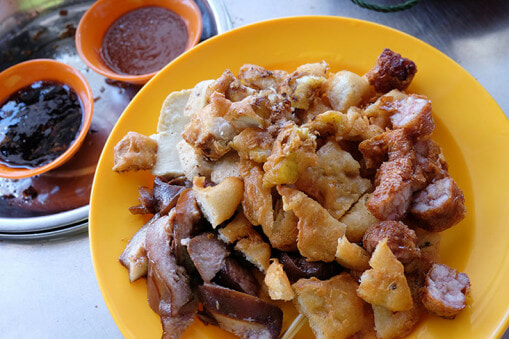 The owner of the stall reportedly used to sell lor bak along Esplanade and outside various makeshift Chinese opera stages while his son, Neoh Khay Chye, assisted him. The duo would go around selling lor bak on their push cart! How cute is that?

He continued his father’s legacy and went around Esplanade in 1950 after his father passed away. 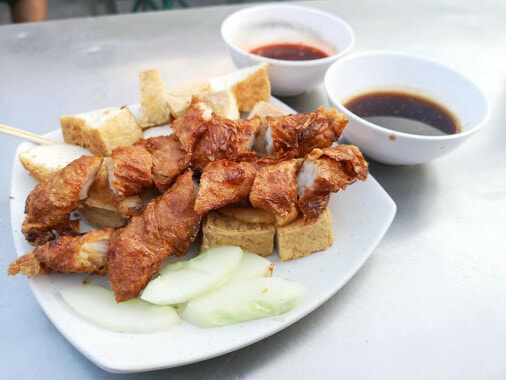 Years later, they shifted their stall again from Brick Kiln Road to a narrow side lane, Trang Road, and are now operating just behind Gama Supermarket every Wednesday to Sunday from 1pm till 5.30pm. Save these deets if you’re planning to visit!

Eventually, the stall was passed down to Khay Chye’s daughter, Neoh Wan Kin, who continues using the secret ingredients and unique methods to upkeep the flavour of the dishes served.

It is known that this secret lor bak recipe is held dearly by their family as they would never share it with anyone. Maybe a whole lot of love would make them change their mind? 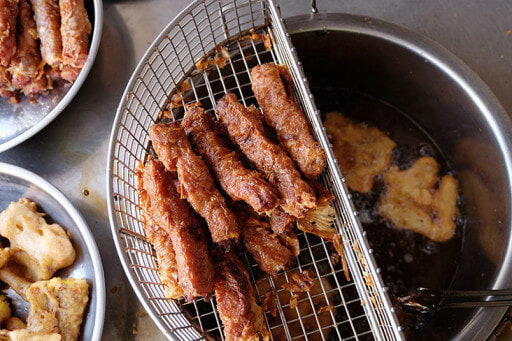 It’s amazing how the current owners of this lor bak stall have explored their options with other types of dishes as well.

Some of the delicious treats which they sell are Chinese sausages, braised pig head skin, boiled octopus, hard-boiled eggs and century eggs! *drools* 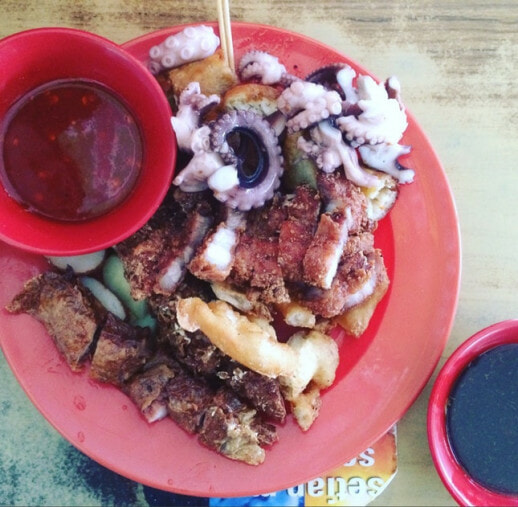 How bad are you craving for all these yummy dishes right now?

Here’s all the deets you need if you’re planning on dropping by:

Now start planning your next road trip and make those tummies happy!

Also read: The Femes Penang Siam Road Char Kuey Teow is BACK and This Time They Have a Store! 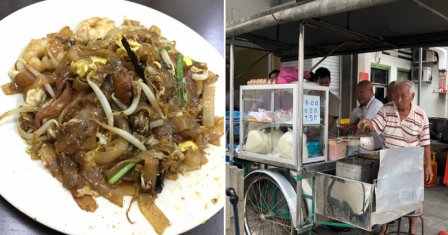