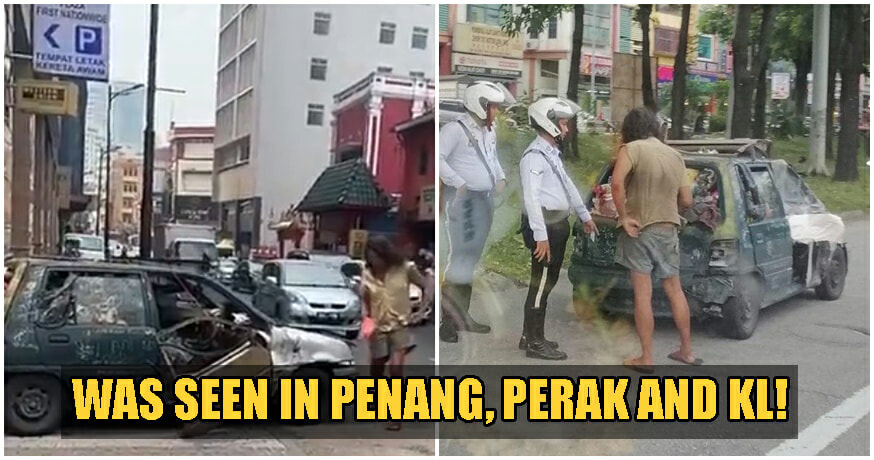 Cars aren’t cheap to own, as most car owners can probably attest to. From changing the oil to the tires, as well as routine servicing and petrol costs, that’s a lot of money to keep one running! Never mind the possible dents and dings. Ouch.

But some cars may just be better built to stand the abuse of time, as this viral story will attest! In a video shared by @My_CrimeWatch, we see a severely run-down green Kancil puttering about, appearing as though it were truly indeed hanging on by a thread!

In the Tweet, we can see a disheveled man walk towards what many have described as a Kancil buruk before entering it and driving off. The car can be seen loaded with various bundles that seem to be containing fabric from its rear, with body panels held together by what we think must be either sheer willpower or some really good duct tape.

According to @My_CrimeWatch, the car was spotted in Prai, Penang.

While that in itself may be pretty peculiar, Twitter users have chimed in mentioning that this is not, in fact, the first time that this Kancil has been spotted! Apparently, this gutsy green Kancil buruk has been driving around various states in Peninsular Malaysia for quite some time. This Twitter user says he saw the Kancil along Jalan Kuching before and it has gone viral before this as well.

It was also spotted by another Twitter user in Kampar, Perak! That’s almost 166km away!

Here it is again in KL!

So if you’ve been keeping track, this little Kancil has traveled to over three different states, with a few hundred kilometers between one another, with doors that are barely attached to its body. Now that is a sign of reliability!

But unfortunately, as it turns out the authorities have already towed the car away after the now-infamous Kancil was seen pulled over by the police along Jalan Kuching, as shared in a Tweet by @Penjejak_Baldi. Alaaaa.

As you can imagine, Twitter netizens have plenty to say about how this seemingly trashed Kancil could still move, let alone travel so often between so many different states!

This Twitter user said: “This is just dangerous to other road users. He doesn’t even have a number plate!”

While another user tagged Perodua, the manufacturer of the Kancil, to sponsor the driver a new car for his loyalty to the brand.

There are others still who praised the owner for being a law-abiding driver behind the wheel! He even signals when he turns into a corner!

Whatever the circumstance, we really have to hand it to the owner for being able to keep that Kancil running for this long! That is a true feat of Malaysian engineering and a truly legendary car! However, it may be for the best as it is so run-down, it can be dangerous for other road users.

Also read: 21yo Genius Can Control His Myvi From His Phone, And He Used ONLY RM200 to Do It! 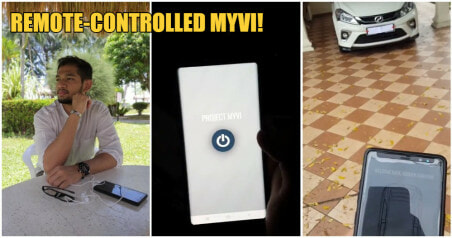