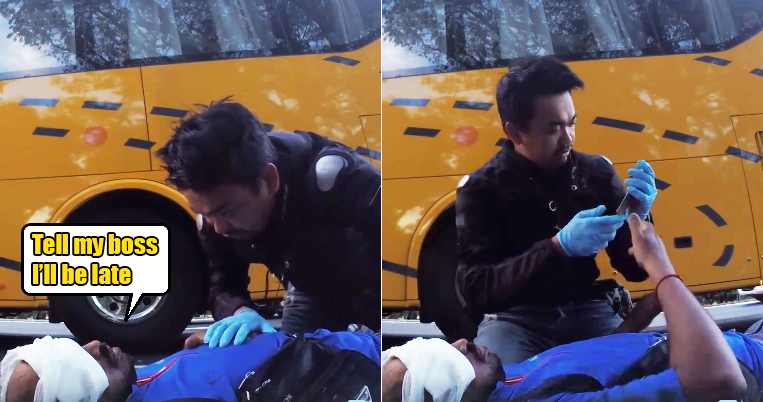 In times of trouble, if you’re lucky enough, a good Samaritan will appear out of nowhere to lend you a helping hand. Just like this biker who stopped to help a man who was hit by a bus, reported Mothership.

A Malaysian man, 35, who got hit by a big yellow bus at Pan Island Expressway (PIE) recently was given immediate First Aid by a Malaysian biker, Razali Raihayu, who was thankfully passing by that area at that time. 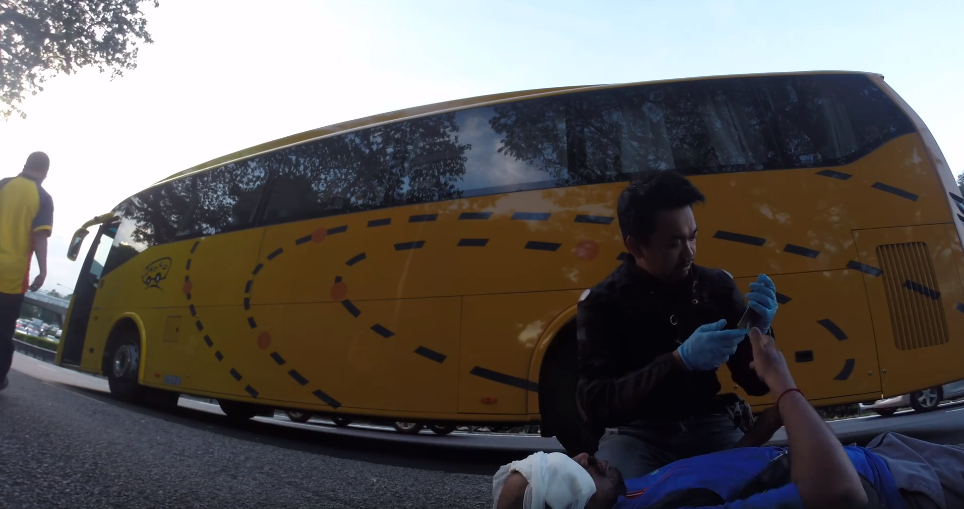 The video, taken by Razali, was uploaded to a Facebook community page titled SG Road Vigilante, which showed Razali giving the man First Aid after an accident involving him and a bus at the PIE Highway after Stevens towards Jurong on 5 March 2018.

Now, here’s where all our jaws dropped!

According to him, when he was administering First Aid, the man took out his phone, dialled a number and passed it to him saying,

“Bang, please help me call my boss; tell her I will be late.”

Such a dedicated worker!

Here’s a video of what happened;

Razali further explained that the man is doing alright and wishes that the video will inspire people to take up First Aid skills to help others in times of need. It definitely will!

On the other hand, Razali’s quick actions were applauded by netizens, as they shared their respect and commended him on his humanity.

Meanwhile, some said that the man who got hit was a loyal worker. Indeed he was! Another commented that he should probably take up some CPR lessons for future use. In response, Razali encouraged the fellow netizen’s intention to learn CPR. 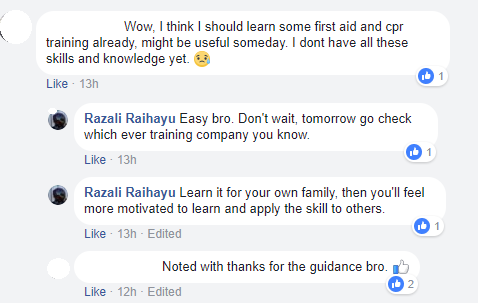 Well, it’s always nice to see someone helping another person in need and we hope that this will inspire many to help others who are stuck in a sticky situation too. And like Razali said, I guess it’s time we all take up First Aid and CPR lessons! 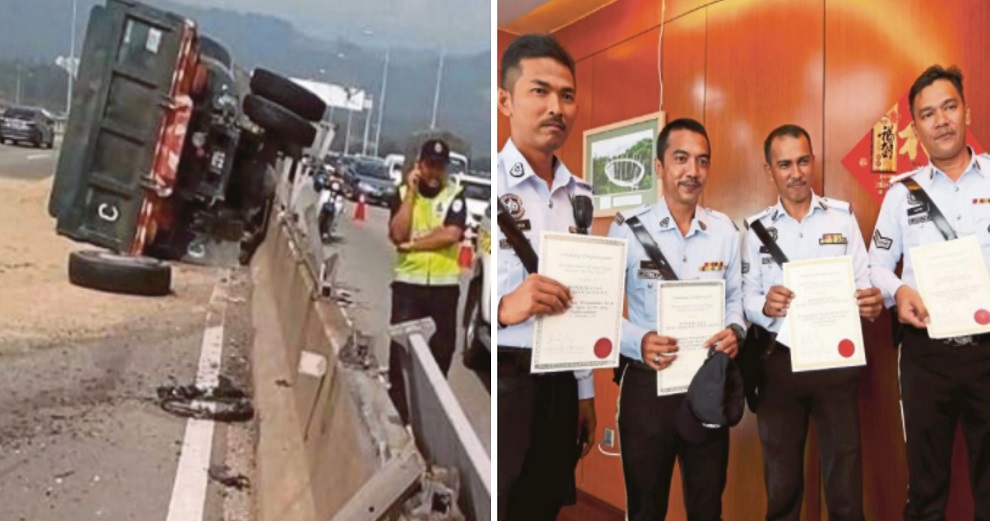