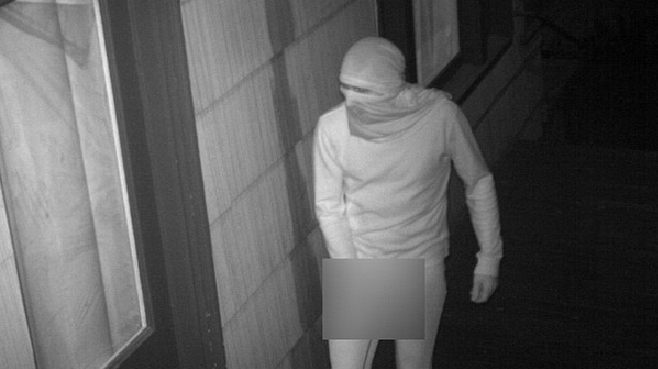 A man covered from head to toe in dark sheets has been going around the university campus terrorizing students.

But seriously, why tho?

The student house is home to students from the nearby University of Washington. He was first witnessed doing his obscene actions on January 10 and then caught on camera a month later.

The surveillance footage makes his costume appear white due to night vision, but he is in fact dressed entirely in dark clothing and covering his face with a t-shirt. The naughty ninja makes his escape after doing the deed!

While a lot people ask “why????”, some just dismissed this man as a pure creep.

The surveillance footage was not shared online so no one is entirely sure if the ninja ever “finished his mission”.

The Seattle police are still on the hunt for the man and hope to catch him soon before he scares more students around the area.