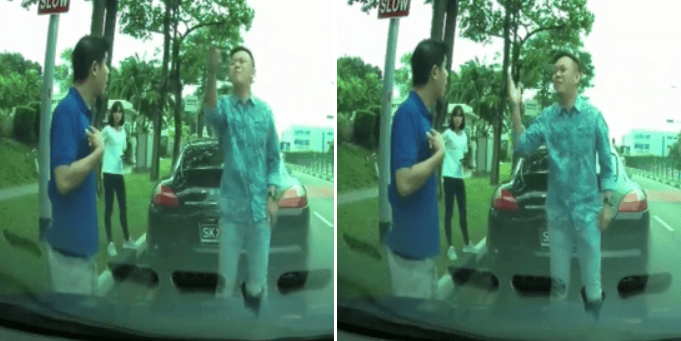 Kiasu! That pretty much accurately describes some Malaysians and Singaporeans. Some people just cannot lose face in any situation, so they’d always try to act like they’re are better than everyone else.

This exactly depicts one Singaporean guy who was driving a Porsche and had to look macho in front of his girl even though he was in the wrong.

Jas, another Singaporean guy, had the misfortune of meeting this prick on the road. He was merely driving accordingly when the Porsche cut into his lane very suddenly!

Jas shared his story and two videos with Stomp. In the first video, the Porsche can be seen dangerously cutting in front of Jas. 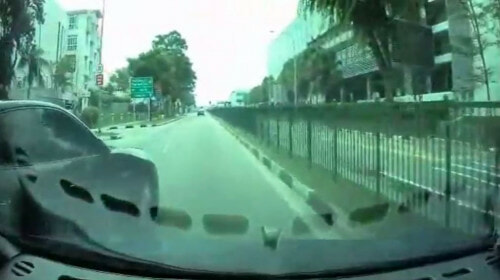 All Jas did while lightly honked the Porsche. *beep beep*

However, the man from the Porsche’s ego was so big that he stopped to the side of the road and then got down to yell at Jas!

He, in fact, had the audacity to blame Jas after he irresponsibly cut into someone else’s lane! Naturally, Jas defended himself too because he believed he wasn’t in the wrong. 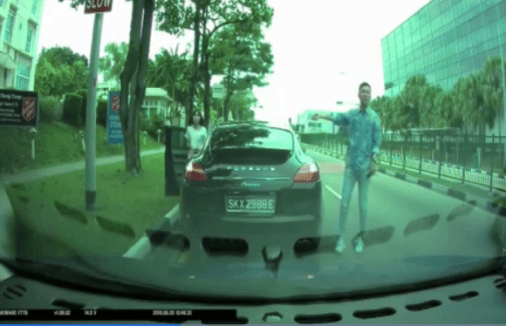 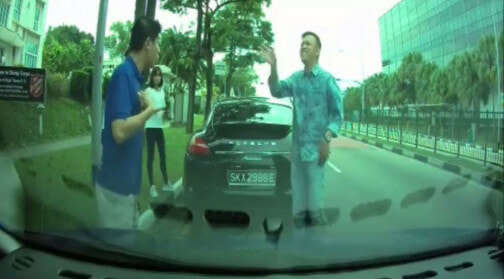 The upset Jas told Stomp that the guy was arguing as if he wasn’t in the wrong.

“The person who is in wrong gives attitude. World change? Or people change?”

Many netizens agreed that the Porsche driver was definitely in the wrong and had no right whatsoever to be angry at Jas.

“Terrible reckless driver! still drive a porsche, dont know how to behave. people like him should be banned from driving.”

“Another arrogant show off driver infront of woman”

“Drive so nice car got what use? Brain also still third world mentality.”

But there were also some people who claimed that Jas was equally at fault for stopping his vehicle and sharing this story.

“Common situation. not saying the porsche driver is right, but stomper shouldn’t pull over and confront him. not happy just submit video to TP. no accident, you stopped, confront and take photos. only making matter worse.”

Check the videos out here

Videos credit to Jas who sent to Stomp.com.sg

What’s your verdict? Was the Porsche guy overdoing it or was Jas also egging the guy on by stopping at the side?

Either way, drive safe you guys!