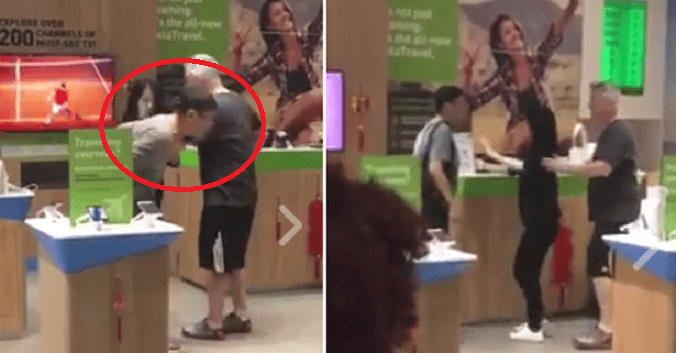 They say you can judge a person by the way they treat service staff, such as servers and customer service personnel.

As for this young Singaporean man, he was caught on camera physically and verbally abusing a Starhub outlet’s staff. You need to take a chill pill, man!

Warning: You may feel like punching that fella after watching the video.

Yesterday, All Singapore Stuff posted a video of a young man who went absolutely ballistic at the Starhub outlet in Tiong Bahru Plaza. He was berating a female staff member dressed in black when her knight in shining armour arrived. 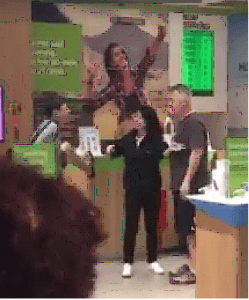 Another man, who was later identified as Justin A. Farren stepped in to try to calm the irrational man down. However, the man continued shouting, cursing, and making rude gestures at Farren and the staff.

Oh but that’s not all, he exaggeratedly spits at the two of them… for God knows how many times. 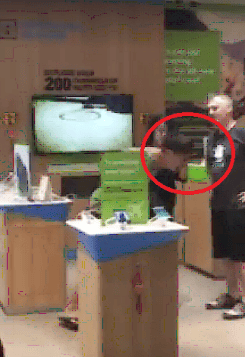 The cause of the argument is unknown, but the way Farren calmly and coolly handles the agitated man is admirable. He gained a lot of netizen’s praise for intervening and also keeping his cool at the infuriating situation.

Comparing the size of Farren and the man, it would have been easy to knock him out but Farren tries his best to pacify him. Let’s be honest, we all secretly wished he would’ve done something to put this outrageous man in place.

The video went viral on the Internet, with many netizens condemning the man’s actions which prompted Farren to come out and post a comment on the video posted by All Singapore Stuff’s to clarify the situation.

“Hi. That was me in the video (wow I look fat). It doesn’t show her being pushed by the man or the very responsive security guards doing their best to deescalate the situation.
We subdued him so he couldn’t leave without speaking to the police. I suspect he has some mental issues right now, so please give him some sympathy. That doesn’t excuse his physical and verbal abuse though.

The police were called, he was charged and hopefully he won’t do this again. It was my first true experience with racism towards me in Singapore. I have lived here almost five years and love it very much and am proud to call it home.

Things like this are rare in Singapore. Consider yourselves very lucky.” 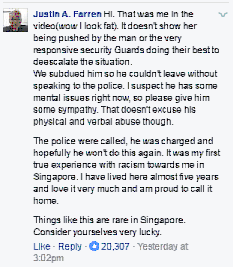 The world needs more people like you, Mr. Farren! This proves that violence is never the solution.