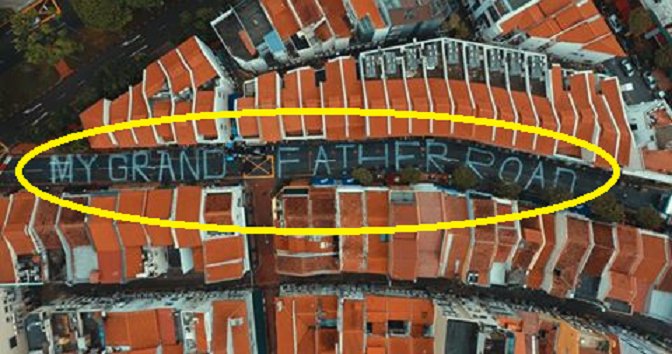 Don’t you just hate it when there are asshole drivers who hog the roads and drive like maniacs?

When we do meet these people, we Malaysians would naturally ask “You bapak punya jalan ke?!” and perhaps attach some very colorful words behind it too. 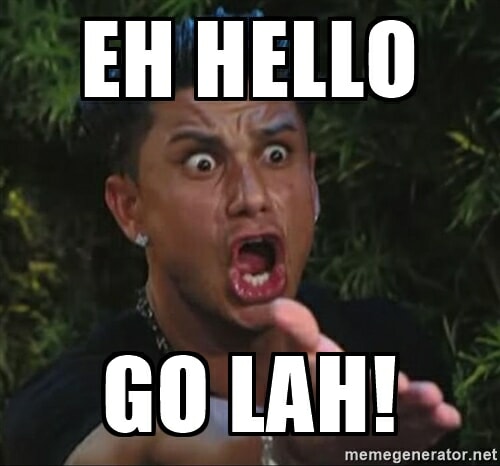 Well, one Singaporean lady by the name of Samantha Lo had the perfect response to the aforementioned sentence…

But the best part is, the very ballsy Samantha didn’t just say it, she SPRAYED it! In 2013, she spray-painted “My Grandfather Road” on several roads.

Her actions went viral on social media and soon enough, the ever-so-efficient Singapore police tracked her down and caught her. According to Singapore Coconuts, she was charged for messing around with public property with guerrilla art by having to do 240 hours of community service.

But recently, on November 6, she went on to achieve her biggest masterpiece yet…literally. She and a team of artists used chalk to write the phrase across Circular Road which was 170 meters long! 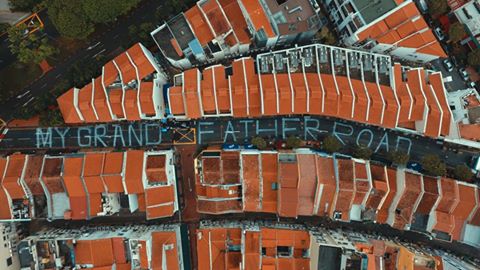 Because the words were just so damn big, the only way they could take a picture of it was by using a drone with a camera attached to it.

But fret not, this time she was doing it legally because she was invited by the organizers of the star-studded Circular Spectacular event.

Netizens who saw the phrase expressed their amazement at such a feat done by Samantha.

Read More: Drones Are Now Illegal To Fly In Fly In Malaysian Skies 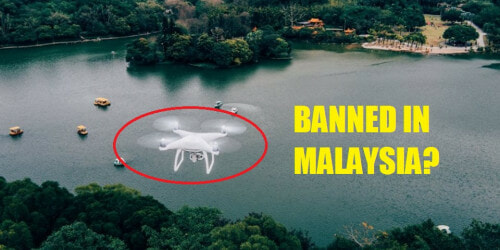