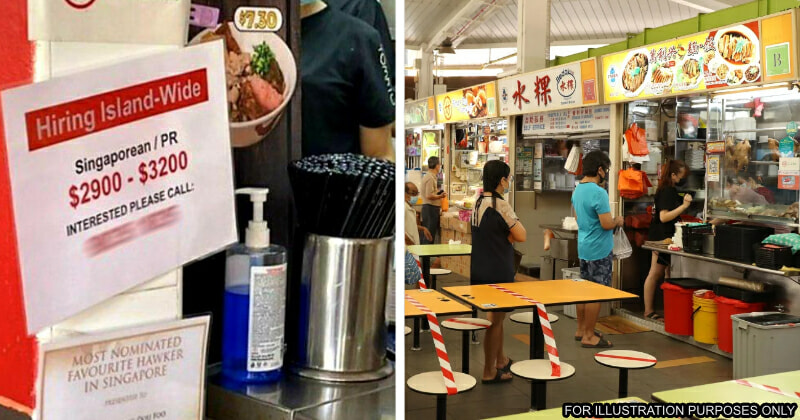 A photo of a job vacancy advertisement at a hawker stall in Singapore has gone viral recently for its relatively high starting pay of up to SGD3,200 or approximately RM9,900. Woah, that’s a lot even if you don’t convert it to RM!

Open to all Singaporean citizens or Permanent Residents of the country, the ad says that the stall is hiring island-wide and that the starting pay is from SGD2,900 (RM9,000) to SGD3,200 (RM9,900). Shared by Redditor u/noobhdbbuyer on the Singapore subreddit on, well, Reddit, the high pay offered by the hawker stall received plaudits from commenters as well as others who said that the pay is even competitive to their current salaries at their desk jobs.

However, there are also other commenters on the Reddit post that put a bit of context to the job vacancy, saying that yes, the pay is high but working at hawker stalls are very laborious and hard, given it is pretty common for hawker stall workers to work up to 6 days a week with 10 to 12 hours shifts each day. Furthermore, as it is the norm with the food and beverages (F&B) industry, workers won’t get Public Holidays off and usually only have one day off each week. 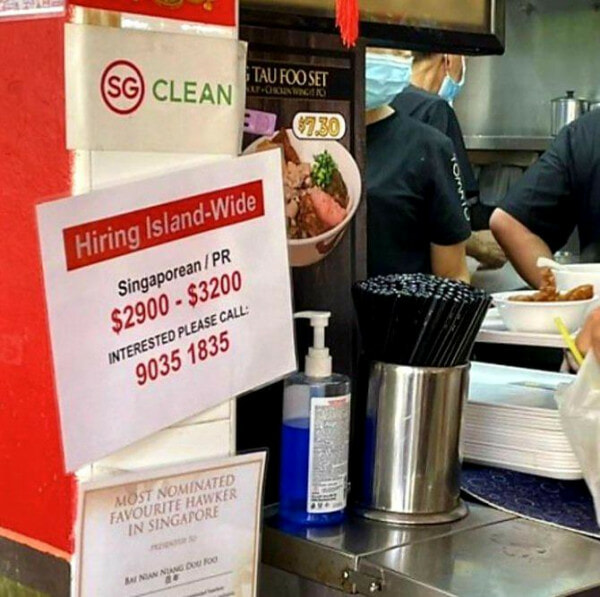 Nevertheless, all things considered, the pay is indeed still competitive, especially given the minimum wage in Singapore is currently set at SGD1,500 or approximately RM4,600.

Previously, Singapore’s intention to scale the entry pay for waste management workers to up to SGD3,260 (RM10,137.28) per month by 2028 received universal acclaim with many, especially in Malaysia that urge for our government to adopt such an initiative and forward-thinking planning in our shores.

What do you guys think of the Singaporean hawker stall vacancy advertisement that has gone viral? Share your thoughts with us in the comments. 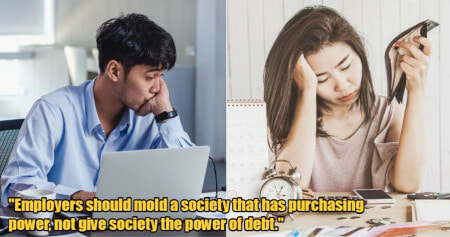