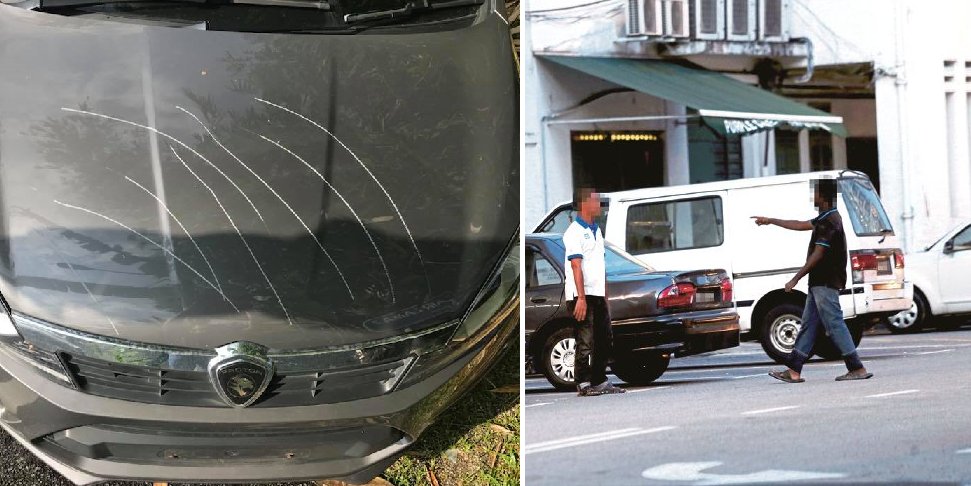 Parking touts have been an ongoing issue in Malaysia for the longest of time. If you don’t know what parking touts are, they are basically people who force others to pay them a fee for occupying parking spaces.

Usually, these places are free for anyone to park as they are public spaces. However, seeing this opportunity to earn money, the touts would hound these areas and force people to pay up for using the space, which of course doesn’t belong to them in the first place. 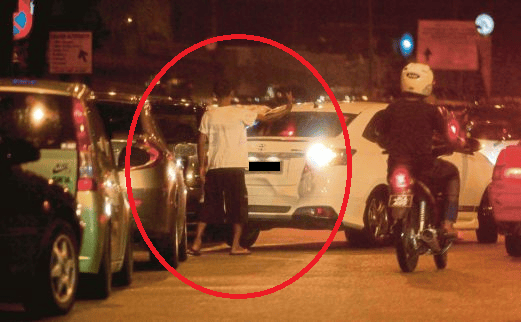 Sometimes, they charge prices that can be overlooked such as RM1 or RM2. Close one eye for the safety of our vehicle right? However, some places have reportedly charged up to RM20! Craaay!

Jason John is one of the many Malaysians who has been hounded by such horrible touts. He shared in a Facebook post about how a tout had most likely harmed his car because he didn’t pay up on October 6, 2017.

“I was late for a meeting scheduled for 7pm at Drum Asia in Mont Kiara area. So, I rushed over and quickly looked for parking as it was already about 7.25pm when I arrived in the area.

“I found an empty proper parking spot and went ahead with parking as usual, got out and quickly grabbed my stuff.”

Everything seemed to be going pretty alright. Jason found a great parking spot and could rush up to his meeting immediately. However, that was when things started to go down south.

“I was about to leave the car after taking my things and closing the door, then, this man walked over and said “Sepuluh Ringgit” (RM10).

“I glanced at him but walked away being in a hurry. He shouted “oi” at me but I kept on walking, finding him to be rude. And he did it again, kicking a can on the ground nearby him.”

Of course, Jason rushed off to his meeting anyways without heeding the guy. Jason tells WORLD OF BUZZ that he didn’t think anything bad would fall upon his beloved Proton Iriz.

After the meeting had ended, he returned to his car to find everything intact.

“Approaching the car from the back, everything seemed to be fine and without realising what has happened in the front, I left the place.

“I drove back home and only later found this when I was told that my front license plate was missing!” 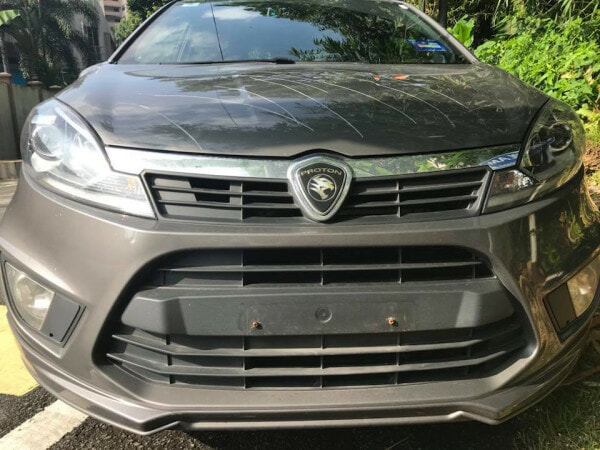 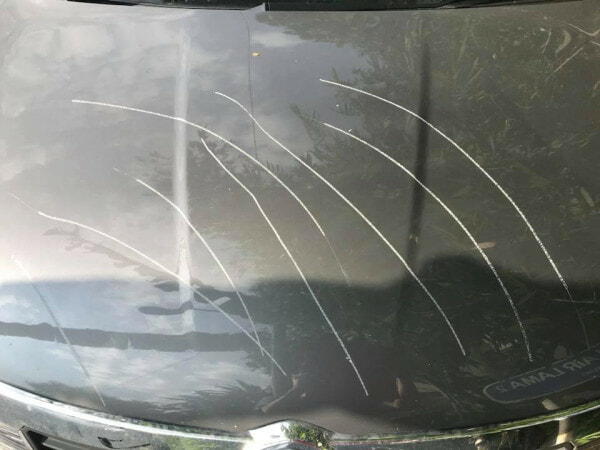 Naturally, since Jason was walking towards his car from the back, he didn’t notice the terrible scratches and missing number plate prior.

It was also in the middle of the night, so it might have been too dark for Jason to notice the scratches while on the road.

“So, apparently there are men who collect money from the street acting like ‘valet’ in the area and I guess this is what they do to people who park there without paying.” 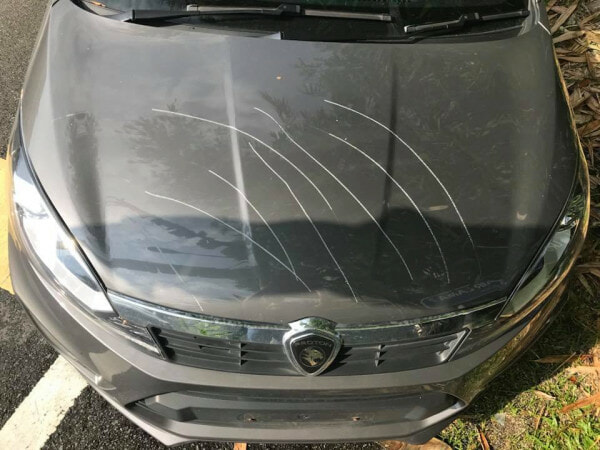 Jason also explained to WOB that he did attempt to file a police report after realising the horrendous scratches the moment he got home, but did not do so in the end because it was rather troublesome.

“I attempted to enquire and perhaps file a report at the station close to my place (in Ampang) but the officer said I had to go to the police station closest to the scene (in Mont Kiara), which made me decide not to because I didn’t find it worth the hassle.”

As for fixing his car, Jason has no plans to do so just yet. Thus, you might just be able to spot Jason based on the marks on his car hood.

So, the next time you’re in a hurry somewhere, it’s probably best to just pay them or move your car away from ‘their space’. It’s not worth it having such cases happening to your car!

Also read: Fake Dentist Thanks People Who “Tried to Bring Her Down” 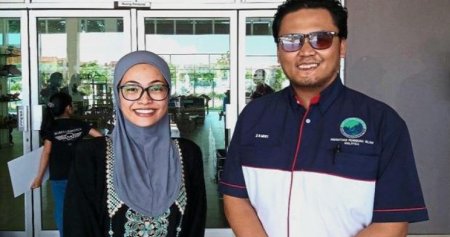