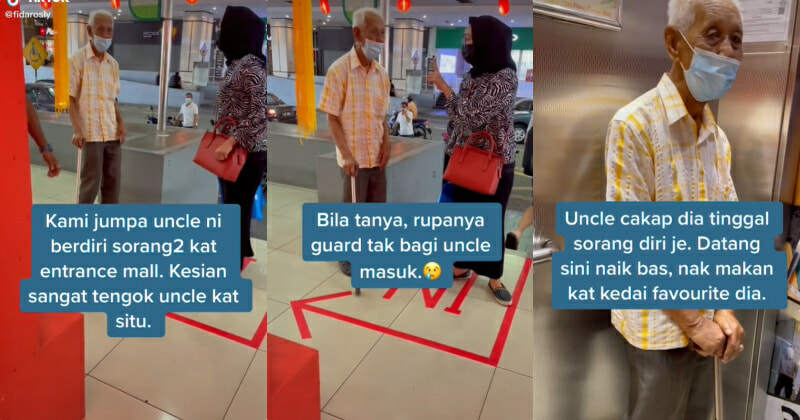 Recently, a senior citizen was refused entry into a shopping mall by a security guard for the dumbest of reasons.

Taking to TikTok @fidarosly who witnessed the incident recorded the story and helped the uncle out.

In her TikTok video she writes, “We met this uncle standing all by himself at the mall’s entrance.”

“Moved, we approached the uncle and asked why he was standing there.”

“He said that the security has refused his entry. We made the decision to walk him in and help him out.”

Having asked the security guard as to why the uncle was refused entry, the guard said that the uncle will not be supervised and should anything happen, he would burden others. 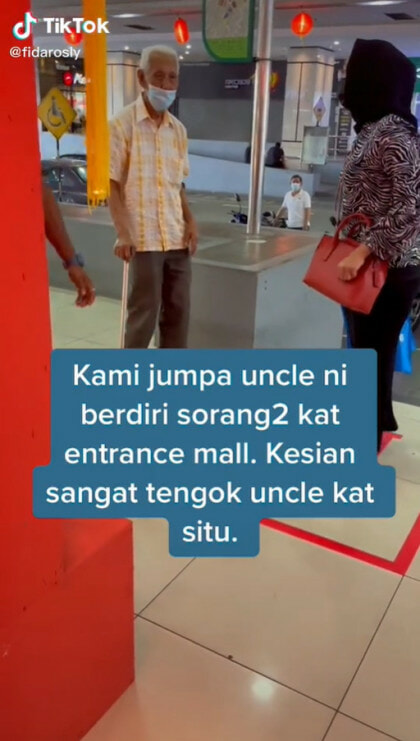 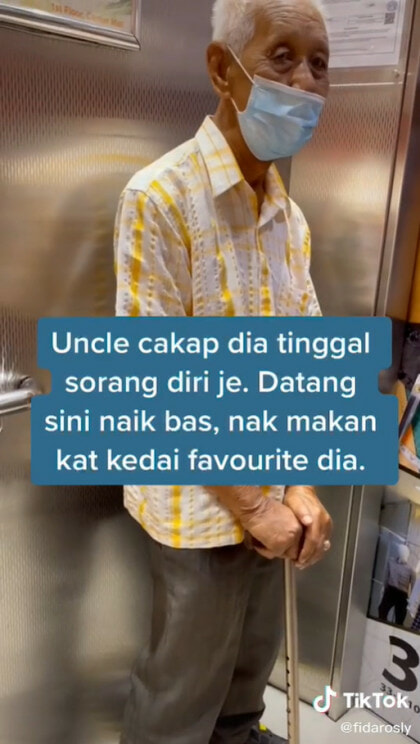 “After discussing with the security guard, he finally relented and allowed us into the mall.”

Imagine having to take the bus all by himself just so he could eat at his favourite restaurant only to find out that you are denied entry for such a reason.

In the end, it all ends well as the uncle finally made his way to his favourite restaurant.

Let’s hope that things like this do not repeat themselves in the future. 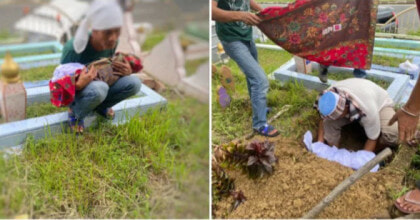