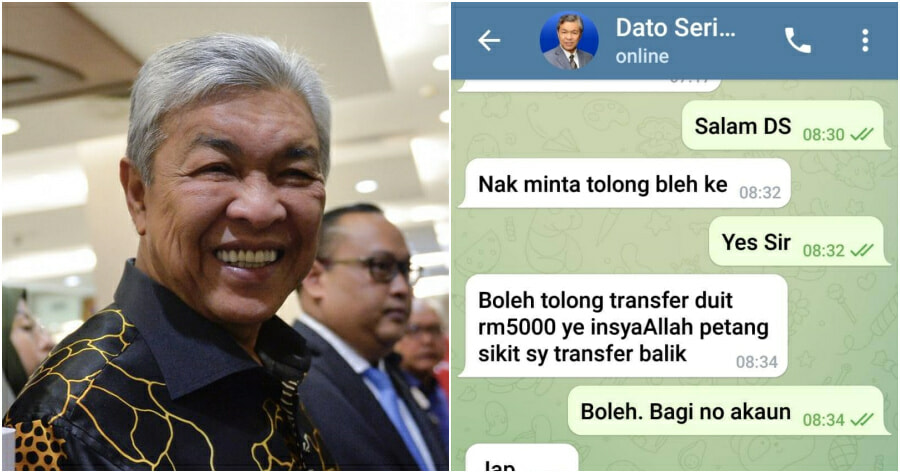 It seems like every day, the scammers are doing their best to come up with new ways to “fish” for new victims and it can happen to anyone. This time, the scammers had the audacity to pretend to be Dato Seri Dr Ahmad Zahid Hamidi and went on to “borrow” some money from the people who know him.

This morning (16 February), the president of UMNO himself announced on his Facebook account that both his WhatsApp and Telegram accounts have been hacked by unknown parties. He urged his friends and relatives to ignore the texts received from the scammers and not to fall for the tricks. 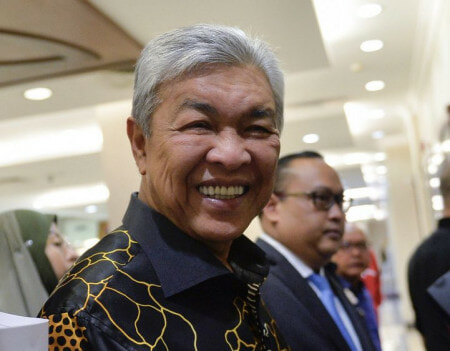 Based on the screenshots from both of the social messaging applications that he had uploaded, the scammer would text anyone from Zahid’s contacts and asked them for help financially.

“Good day. Can you transfer RM5,000 to me? I’ll return the money, hopefully by this evening.” 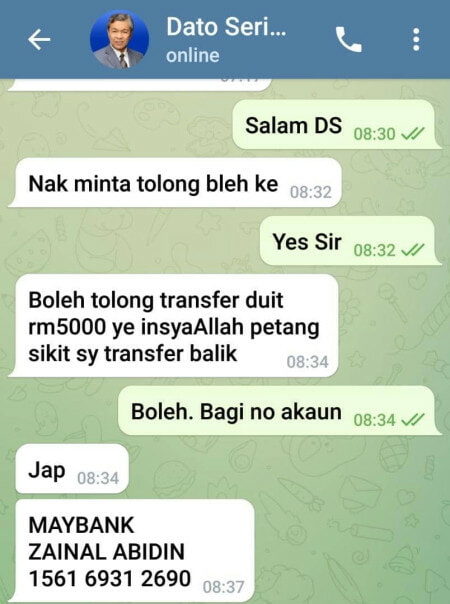 The victims immediately agreed to help by asking for “Zahid’s” bank account number as they don’t have the slightest idea that the UMNO president is also a victim of identity theft.

Zahid also revealed that he is still in the midst of regaining access to his social messaging accounts.

In the comment section of his posts, netizens have also reminded others to be careful of scam activities that are lurking everywhere. Some of them have also shared their experience. 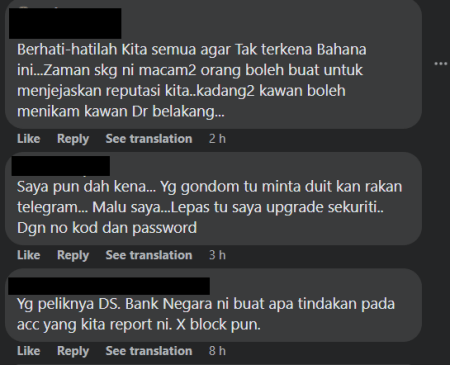 “Be careful. At times like these, anything can be done to ruin our reputation. Sometimes it may be done by someone we’re familiar with.”

“I fell for it too last time. It was so embarrassing and I updated my social messaging apps’ security following the incident.”

“I’m baffled as to why Bank Negara is not doing anything when the number is revealed. Why didn’t they block the number?”

It’s wise to always be alert as the number of scam reports has soared since the beginning of the pandemic.

Also read: Zahid Hamidi’s Daughter Responses To The Viral Video Of Her Father & The Man That Was Yanked Away 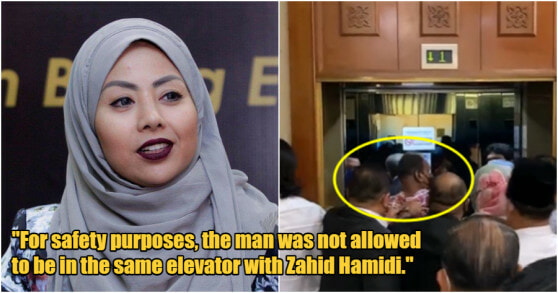