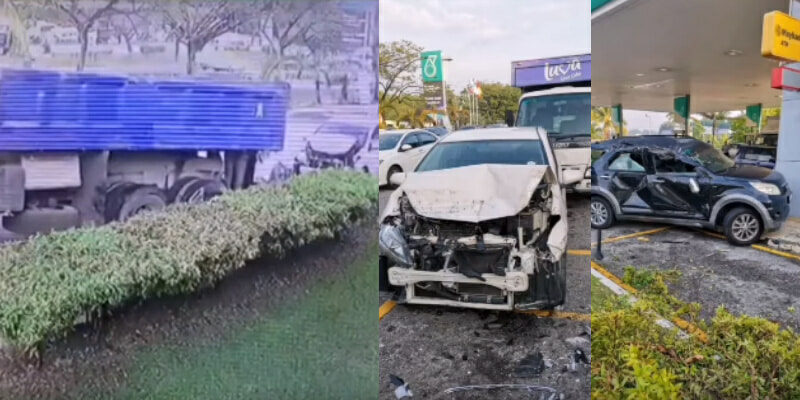 Taking place in Prima Saujana, a video of a truck smashing into unsuspecting vehicles in the area went viral on social media.

The incident, which took place at a petrol station in the area saw a haulage truck smashing a parked Myvi and Rush.

In the video, the truck can be seen moving in reverse, with an Avanza getting out of the way in time, before crashing into the two vehicles.

At first, netizens assumed that a driver was in the truck when it happened, but noticed the driver chasing the truck as it got into reverse and pummelled both vehicles.

Netizens commenting on the video were less than pleasant towards the inconsiderate driver who did not take necessary precautions.

“Look at that, a ‘ghost’ truck with a ‘ghost’ driver. We can see the driver chasing the truck in the video.”

“I pity the victims. I wish the driver would be a little responsible when parking their trucks.”

Let’s hope that incidences like this do not repeat itself in the future. 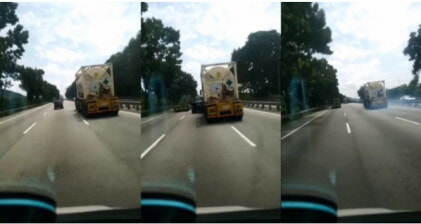