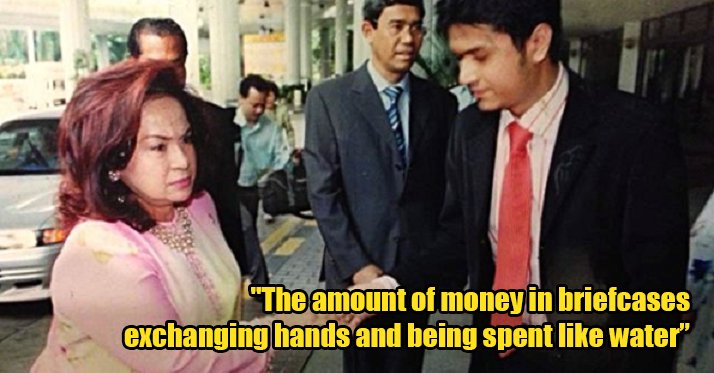 As Malaysians nationwide are celebrating a brand new government after a historic general election, many of us are also glued to our phones and computers, wondering what exactly this newly elected government means for the country.

Detailing the years of alleged corruption and abuse she had faced, Azrene wrote,

“Today marks the end of an era of tyranny that many have prayed for. I grew up looking up to these two individuals, loving them, respecting them. There was a time when I would have walked through the fires of hell and back for them. As I grew older, I saw the selfishness and greed of one above all else.” 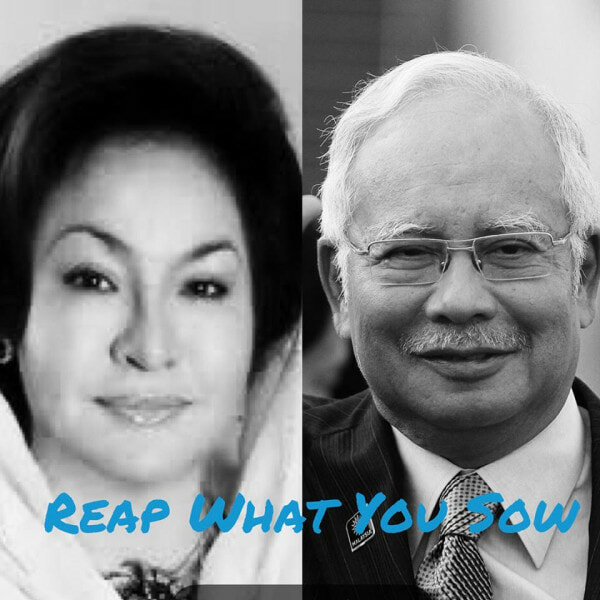 “I witnessed many trespasses, deals and handshakes these two made for the benefit of power and to fuel their appetite for greed. I witnessed the side deals made behind the back of the one on the right.”

“The amount of money in briefcases exchanging hands and being spent like water not for the benefit of the rakyat but to be spent like water on jewels, bribery of officials and used in the pursuit of gaining more power.”

“Shamans, witch doctors, aesthetic doctors and the like walking the pathways of my home for one reason or another but mostly to bring to heel and gain dominion over their peers and over their family members, even to cause harm on those who were audacious enough to cross them.” 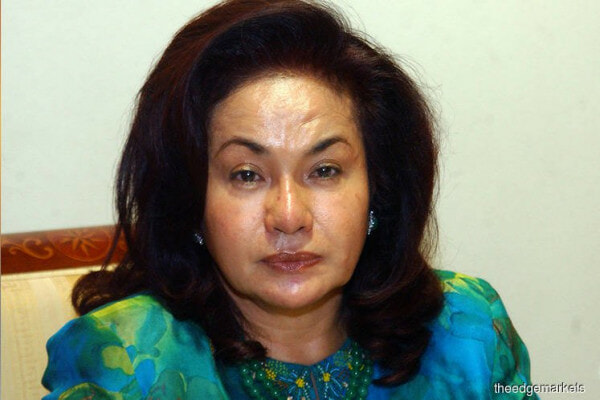 “The numerous offshore accounts opened to launder money out of the country for their personal spending. The steel safes full of jewels, precious stones and cash amassed.”

“Being made a cash mule or even crystal shoes mule carrying these quietly into and out of the country was no fun either, let me tell you. The countless attempts to sell me into marriage to the highest bidder or even persons with the highest position that will be able to help them gain political and social advantage.”

“The greed, avarice and pride that grew with each step that was gained closer to the top position. Nothing could stop their reign of terror and yet I stayed out of loyalty and duty. When this terror was then focused on me and became too unbearable a burden to carry, I decided to leave. Thus began my self imposed exile from this unfortunate family.”

“When I married the man of my choosing after exhausting all ways of trying to convince them to release me from my bond, my new family unit was harassed and exposed to countless cruel, intolerable, degrading treatment at the hands of one Rosmah Mansor and her collaborators.”

Azrene’s husband, Fazley Yaakob, also added to his wife’s claims, saying that Rosmah despised him. Sharing an infamous photo of the former first lady shaking hands with him on his Instagram account, he stated,

“She was the one who introduced me to her daughter and match-made us together, but when things got serious and I asked for her daughter’s hand in marriage she said no. Then she asked her witch doctors if we were good for each other.” 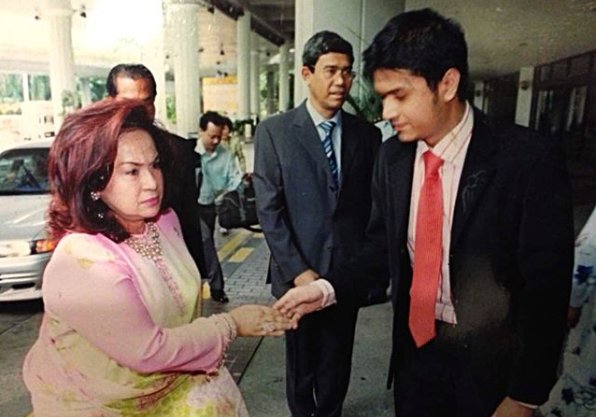 “Her witch doctor said, “The boy is good for the girl and vice versa, but your power won’t work on them, his family has too many religious members of the family. For every son she has as a result of this union, your power will decrease.” Guess what? All hell broke lose right after!”

Azrene continued, sharing the alleged terror she faced at the hands of her own mother, saying,

“Unchecked, she engaged different government machinery, civil servants, media and members of Parliament to harass the family. Too many other creative methods were used to terrorise us and shut all ways of providing for the family and our children.”

“Throughout all of this and despite numerous attempts to seek help from the Prime Minister it was all to no avail. In fact, he covered his wife’s tracks instead.” 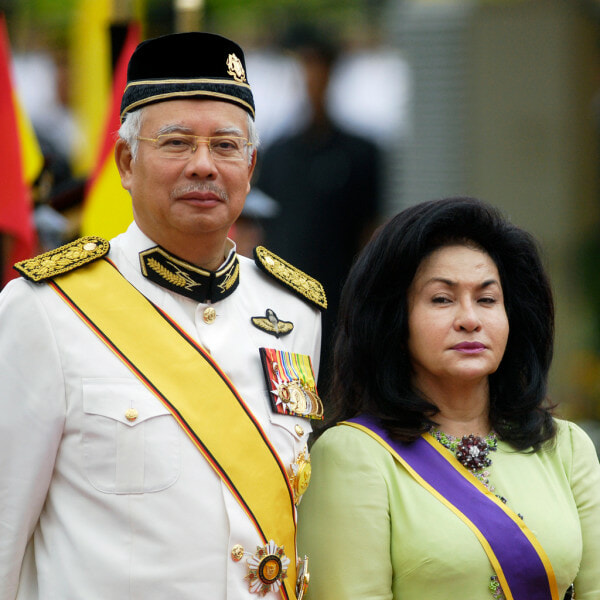 “The one person who could have helped, refused to do so and turned a blind eye and a deaf ear. Too scared of his bed partner to exercise any semblance of mercy.”

“Just as he was too scared to stand up for the rights of the people when he realised something malignant had creeped into 1MDB, but instead this family resorted to committing the disgustingly treasonous act of stealing from their people billions of dollars which they proceeded to use not just as their personal coffers to the detriment of the people but to bribe, extort, silence, maim and kill.”

“The day I left home, I left you a warning. That one who has been elected into office has powers only at the will of the people. They are there to serve the people, not the other way round.” 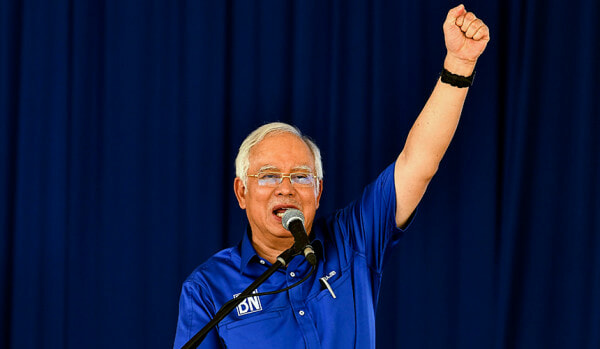 “Today, my message to the both of you, to any siblings I have related by their blood who partook in this affair, to the eager collaborators and conspirators who sold out your people and the innocent for cash is this: You reap what you sow, not a penny less and not a penny more. God has answered the rakyat’s prayers. God has answered my family’s prayers.”

Ending her post, Azrene only hoped that her mother and step-father would turn over a new leaf and repent for their sins, saying,

“You have finally been summarily removed. As a blood relative to this family, I pray that you will use this experience and time to repent and return to the right path. Allahuakbar, May He have mercy on your black souls. Only He has the power to forgive the lot of you.”

Now, we’ll have to wait and see what the new PH administration has in store for our former Prime Minister and his wife!

Also read: Dr. Mahathir: Najib Will Face Consequences If He Did Anything Illegal 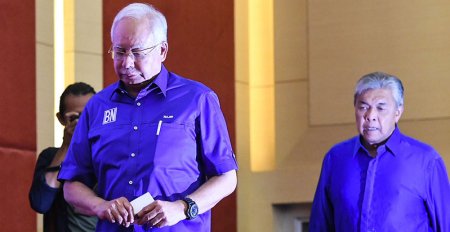