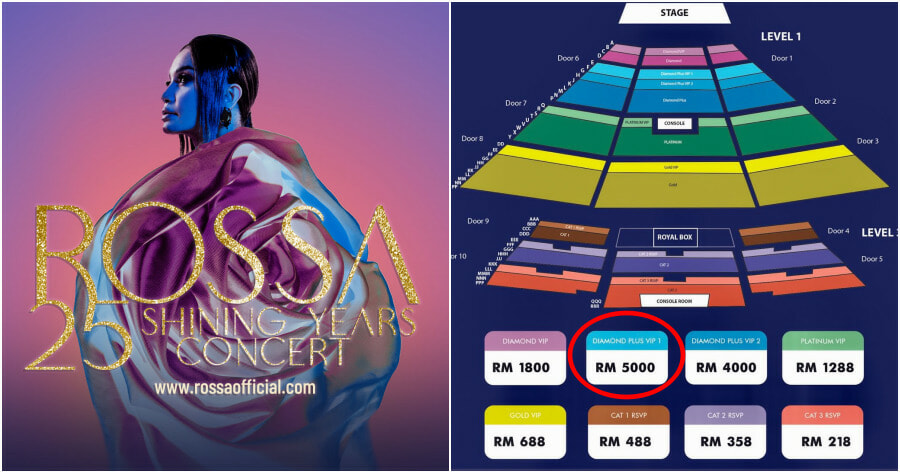 The prices of concert tickets vary, depending on the venue and the performers. Sometimes, the tickets can be pricy and out of our budget but how much is actually considered expensive to you?

Concertgoers will be aware of the lineups of scheduled shows in Malaysia for the rest of the year, but perhaps not the price. Just recently, on his Twitter account, a Malaysian shared the details of an upcoming concert in Kuala Lumpur featuring Dato Sri Rossa, one of Indonesia’s iconic singers. The price starts from RM218 and goes up as high as RM5,000! 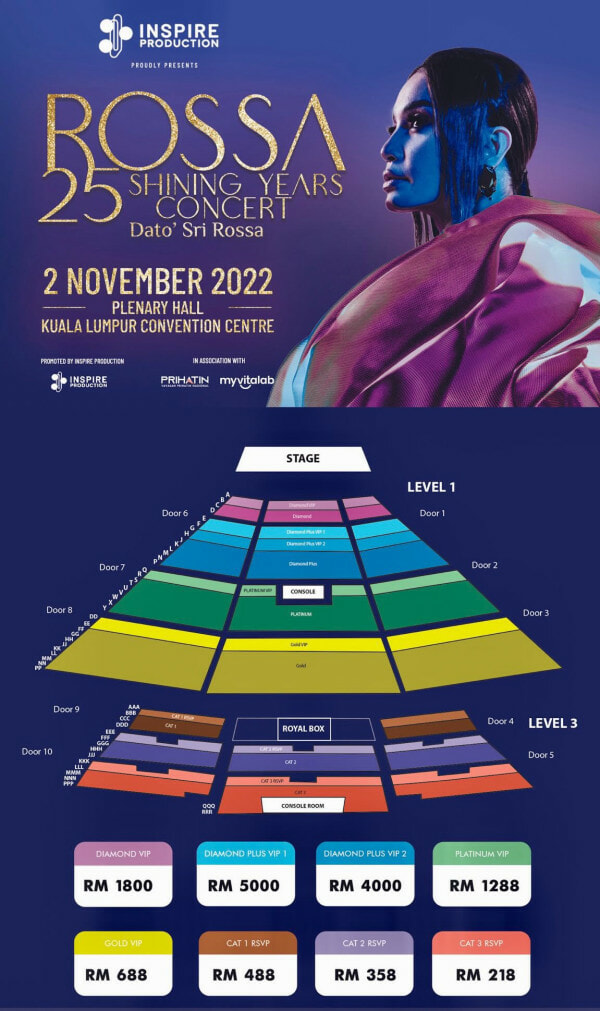 Rossa is scheduled to perform on November 2 this year at the Plenary Hall in Kuala Lumpur Convention Centre, and the show is named “Rossa 25 Shining Years Concert“.

The details of the concert shocked many Malaysians, both concertgoers and people who don’t frequent the entertainment event. Some users compared the prices of the ticket with other upcoming shows.

“Blackpink’s concert is not even this expensive!”

“The seats nearest to the stage in Super Junior’s concert later cost only RM900.”

“RM5K for a ticket? How much is that in Indonesian currency? Are people really going to buy it?”

“Waste of time and money. But you do you.”

A user who used to organise an event at the same venue has since commented and explained that the prices should not be a surprise given the location itself.

‘This is not a concert for the regular rakyat. They’re targeting the Datos and Datins, as well as those involved in political businesses. I had a small event here previously and even the part-timers were paid thousands for a 3-day event.”

It’s a concert and charity

In the meantime, another user “came to the rescue” and revealed that the RM5,000 ticket price is not targeted at the fans and the public. Instead, they’re special and the money gained from the ticket sales will flow somewhere else. 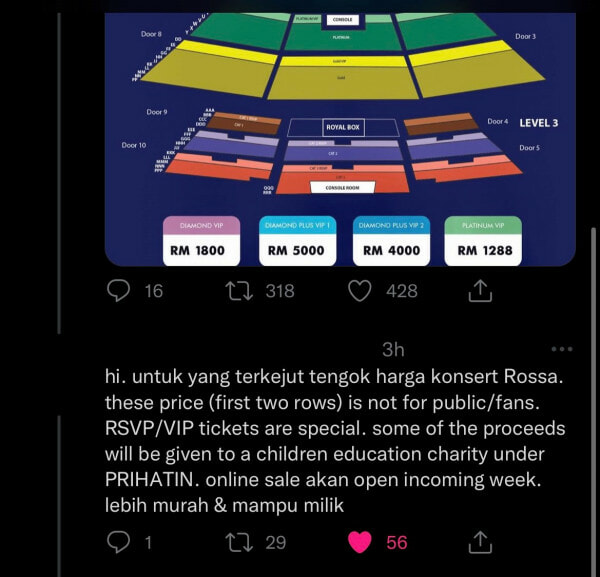 “Some of the proceeds will be given to a children education charity under PRIHATIN. Online sales will be opened in a matter of weeks. Cheaper and more affordable.” 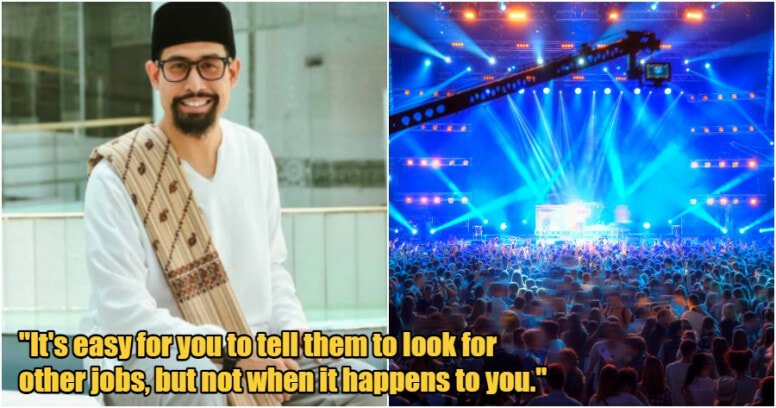