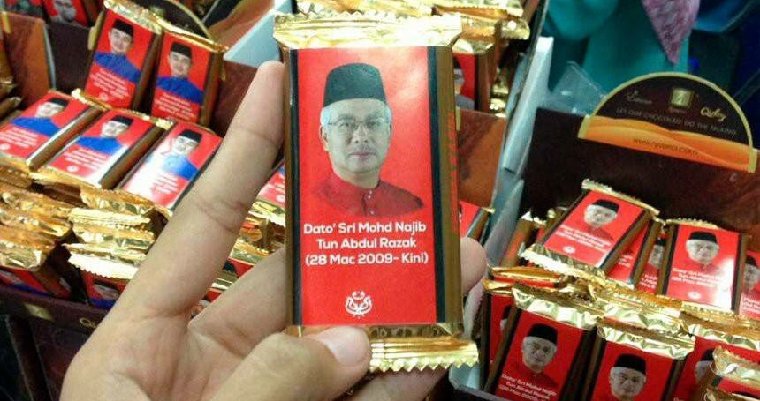 Chocolate lovers, here’s something that suits your palate just fine! Apparently, there were some really awesome chocolates sold at the Umno General Assembly (AGM) 2017 held recently at Putra World Trade Centre and it featured none other than our beloved Prime Minister Najib Razak’s handsome face! 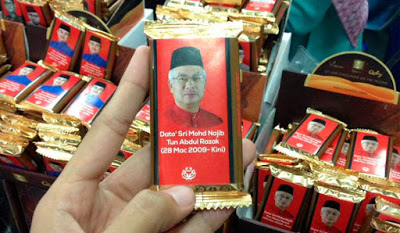 According to Malaysiakini, Ryverra Chocolate & Confectionery Sdn Bhd, the company behind these chocolates, has been selling batches of the bars that come printed with images of our past Prime Ministers as well. Guess which one was the hottest selling item?

Norsiah Ahiddin, one of the salesperson for Ryverra said that those bearing the face of PM Najib was the one that sold the most, with more than 1,000 bars sold. In fact, it seems to have run out of stock as they did not expect such a high demand for it. 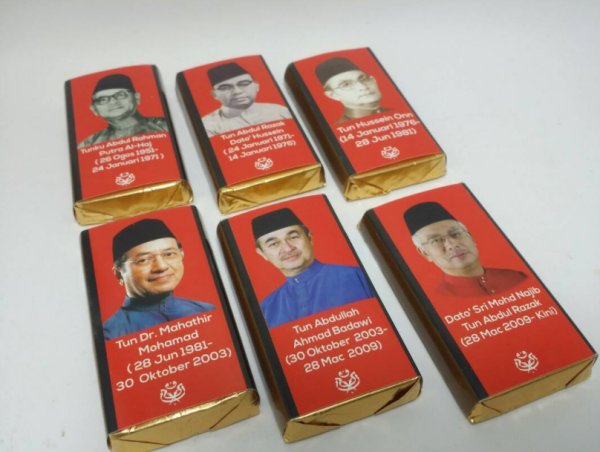 The chocolates with ex-PM Tun Dr Mahathir come a close second as she said that there were around 800 units sold so far. As it is an Umno event, the images also come with the period of leadership served by the respective Prime Ministers as president and are meant to appreciate their services and sacrifices to the party. Delicious and informative, eh?

However, the high amount of chocolates sold may be due to the flavours of the confectionery and not necessarily stemmed from just the images. PM Najib’s chocolate bar for example, is made of pure milk chocolate, which tends to be the go-to flavour that almost everyone likes. Meanwhile, Dr Mahathir’s variant is mixed with nuts. “Many visitors do not like nuts, or are allergic to nuts, so they will choose flavours without nuts,” she said. Aside from these flavours, other available ones include hazelnut, mocha, raisin, and dark chocolate. The chocolates are sold at RM3 per bar, but the AGM attendees can get them at the special price of RM10 for six bars. What a steal!

Unfortunately, we have bad news for those of you who want the chocolate with PM Najib’s face or other past Umno leaders because the company does not sell them outside of the assembly. Aww, too bad! There’s also something for those who do not like sweet treats as Hasy Eau De Parfum sells perfumes adorned with faces of prominent Umno members and their seven party presidents. 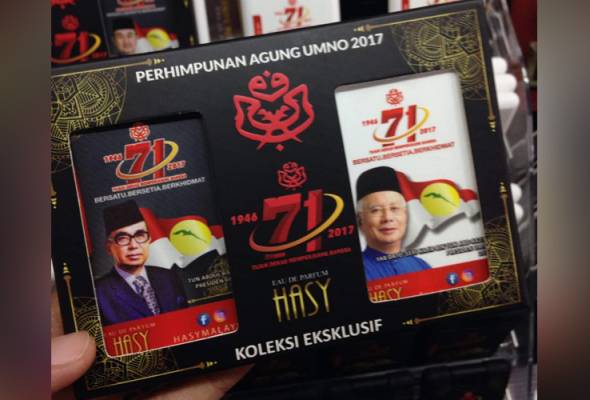 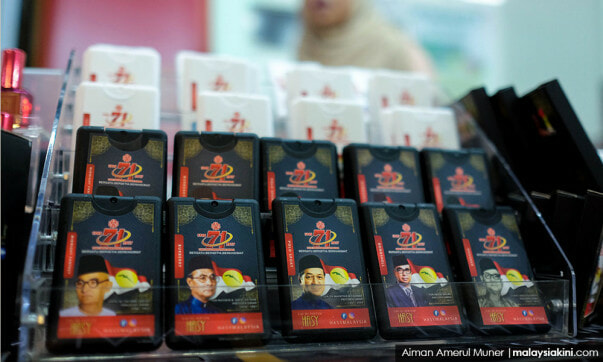 “We usually sell products with faces of seven party presidents, but this time, we have boxes adorned with the faces of Najib and his father (Razak Hussein), (Umno vice-president) Hishammuddin (Hussein) with his father Hussein (Onn) and (Youth chief) Khairy Jamaluddin with his father-in-law (Abdullah Ahmad Badawi),” Hafizan Hassan, the founder of the company said.

These perfumes cost RM35 each and once again, perfumes bearing PM Najib’s face and his father, the late Tun Razak Hussein, are the top selling items. Sounds like it could be the next fashionable item to own perhaps?

So, which one would you buy if you were there? 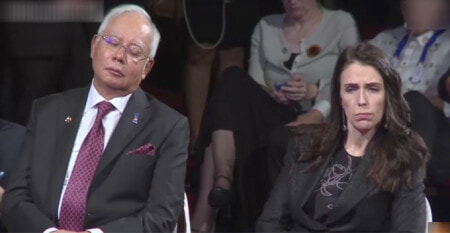