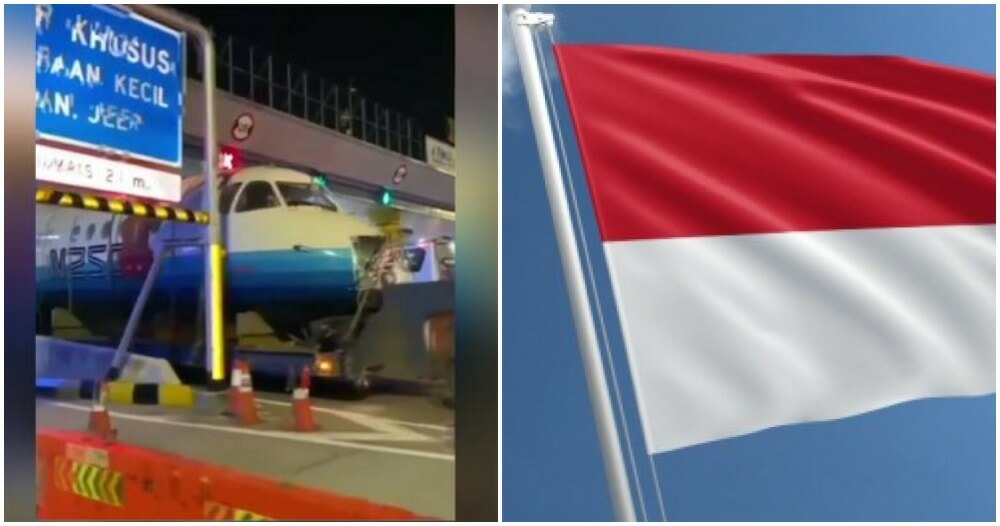 A prototype aeroplane that was being transported to a museum was seen stuck under a toll gate in Indonesia. The aircraft was reportedly still in the process of moving during the incident and was on its way to be displayed in the Muzium Pusat Angkatan Udara Indonesia located in Yogyakarta, Jawa Tengah. 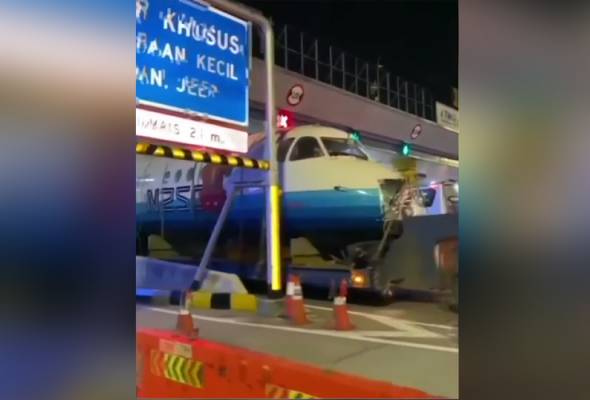 The plane stuck in the toll gate.

The authorities also mentioned that the aircraft was travelling from Jawa Barat. The rare plane is a Turboprop Gatotkaca N250, the first Indonesian-made aeroplane that was constructed in 1995.

According to reports, the incident happened when the truck driver that was transporting the aeroplane miscalculated the height of the aircraft, as reported by Astro Awani.

The Gatotkaca N250 is the first plane made in Indonesia and the pride of the country. It was the first aircraft developed through the main development strategy launched by BJ Habibie, the former president of Indonesia.

Also read: Indonesians Are Lying On Train Tracks To Cure Their Illnesses