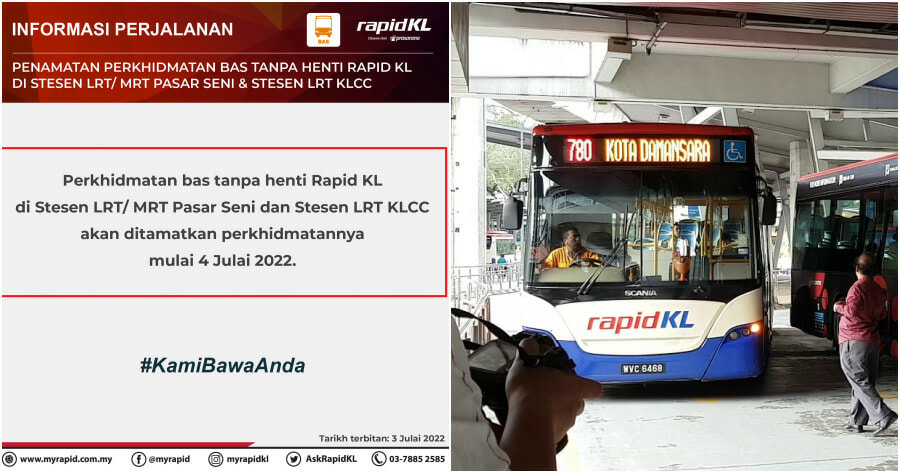 As RapidKL is in the midst of improving its facilities, including the train frequencies, users who usually stop at LRT Pasar Seni and KLCC stations may have to look for alternatives.

Last night (July 3), RapidKL took to its Facebook account and announced that it will be discontinuing the express bus services in LRT/MRT Pasar Seni and LRT KLCC stations, effective today (July 4).

This means train users who stop at both of the stations for the express buses are expected to find another alternative to get to their destinations. 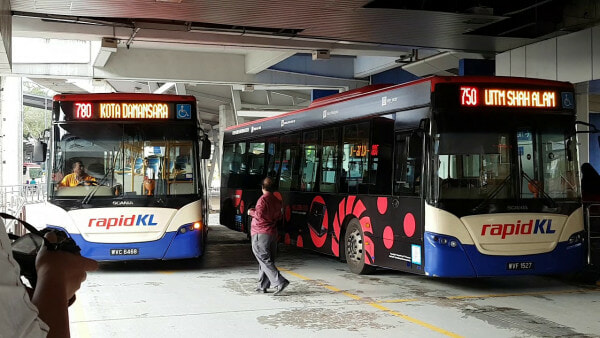 As expected, Malaysians, especially affected train users are not only unhappy about the short notice but also how RapidKL did not provide them with solutions, or at least suggestions on alternate routes.

“It’s so stressful to live in Malaysia.”

In the meantime, another user thought that it was a wise move from RapidKL for discontinuing the express bus services at those stations.

“Good move, so that you can increase the frequency on the stations where needed.”

As of now, the public is entitled to free rides on all RapidKL services for a month which started last June 16. As of now, RapidKL is working to improve its train frequencies and ridership experience within the next coming months.

Also read: LRT Train Service Disrupted Again Yesterday, M’sians are Angry as it is The 3rd Time This Month 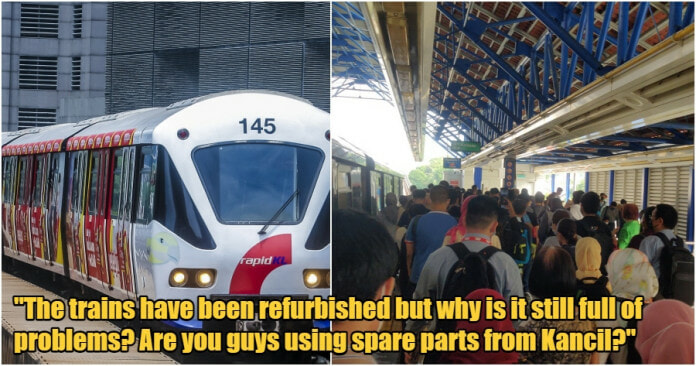