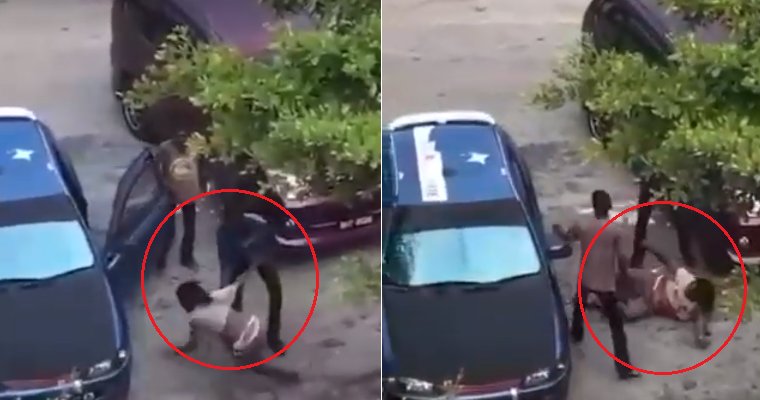 The world is sometimes a dark and gruesome place, especially when we see incidents that are unfathomable to our senses, like what happened to this Malaysian lady.

Yesterday morning (8 March), it was reported by The Malay Mail that a female factory worker was dragged kicking and screaming out of her workplace by two men. The incident took place in Klang. The audacity of these men! 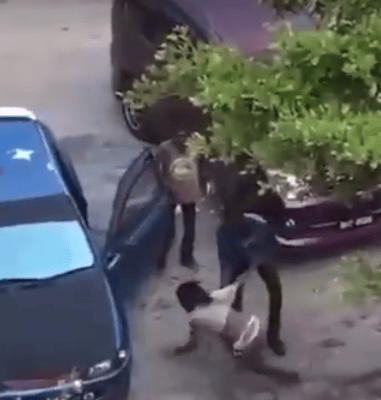 She was later slashed by the two men while several bystanders and a security guard looked on helplessly.

The incident was recorded in a video that showed the woman screaming for help whilst one of the men armed with a parang attacked her. They then bundled her into a blue-coloured Proton Satria.

Since the video had gone viral, local police are now searching for the two attackers. One of them is identified as the woman’s partner, N. Somoo, 37, while the other attacker is only known as Morgan.

Klang Selatan police chief Assistant Commissioner, Shamsul Amar Ramli said that Somoo had gone to the factory on Jalan Seruling at Taman Klang Jaya where P. Komathi, 42, works at around 9am to see her.

“The husband started assaulting his wife when she came out from the factory to meet him. He attacked her with a parang as his friend watched, soon after they forced her into a blue Satria and drove away,” said Shamsul. 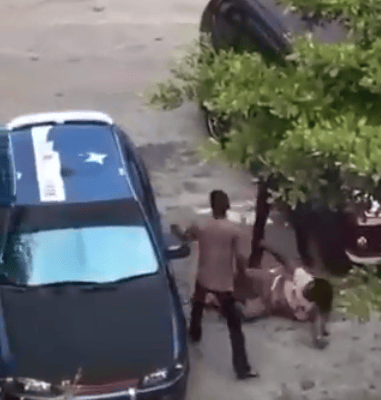 He further explained that he believes the man may have acted upon jealousy based on a police report by the couple’s 13-year-old daughter.

A police source also told Malay Mail that the couple were not legally married but have three children together.

Currently, the victim has been admitted to a hospital in Seremban and is in stable condition after suffering multiple slash wounds to her head, hands, legs and back.

“The suspects dropped her at the hospital and immediately fled the scene. Initial investigations suggest the husband attacked his wife as he suspected that she was having an affair with another man,” explained the source.

Shamsul said that a police team had set out a manhunt to capture the two men.

Anger is truly detrimental as it can make someone take on the role of the devil.

Let’s hope the police can nab the suspects quickly and that the woman has a speedy recovery. 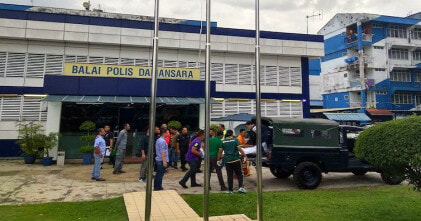