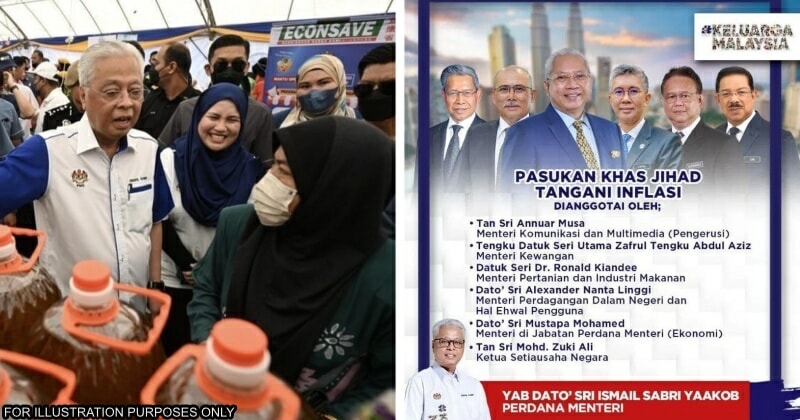 Prime Minister Datuk Seri Ismail Sabri Yaakob has lauded the positive results of the Special Task Force on Jihad against inflation in helping Malaysians deal with the rising costs of living. In a speech today, Ismail announced that the task force has succeeded in controlling the price hike and guaranteeing an adequate supply of goods, especially chicken and bottled cooking oil.

As reported by national news agency Bernama, the Prime Minister also said that the government has continuously implemented various initiatives to help the rakyat face the inflation crisis that is affecting the whole world. These include expanding and rebranding the Keluarga Malaysia Sales Programme (PJKM) to the Keluarga Malaysia Cheap Sale Programme (JMKM) involving 600 state constituencies across the country and 13 parliamentary constituencies in the Federal Territories. 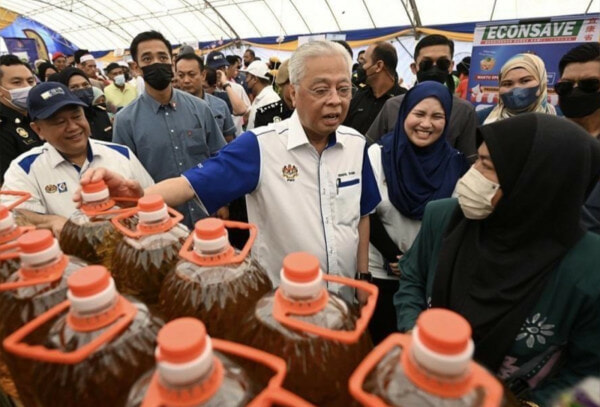 Ismail was quoted as saying the above when launching the national-level Retail Sector Digitalisation Initiative (ReDI) Programme and the rebranding of JMKM programme in his constituency of Bera today. The JMKM programme, which starts in the third week of this month until December offers essential items up to 20 per cent below the local market price. The Prime Minister said the government allocated RM80 million through five ministries as implementing agencies to make JMKM a success.

So, what do you guys think of the statement by Ismail Sabri? Share your thoughts with us in the comments.

Also read: Inflation Jihad Meets Twice A Week & M’sians Are Baffled With The Lack of Progress 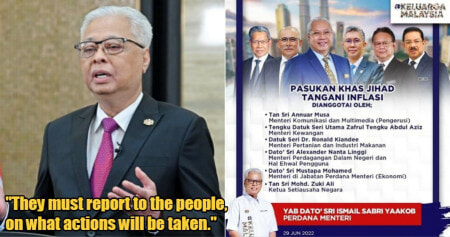