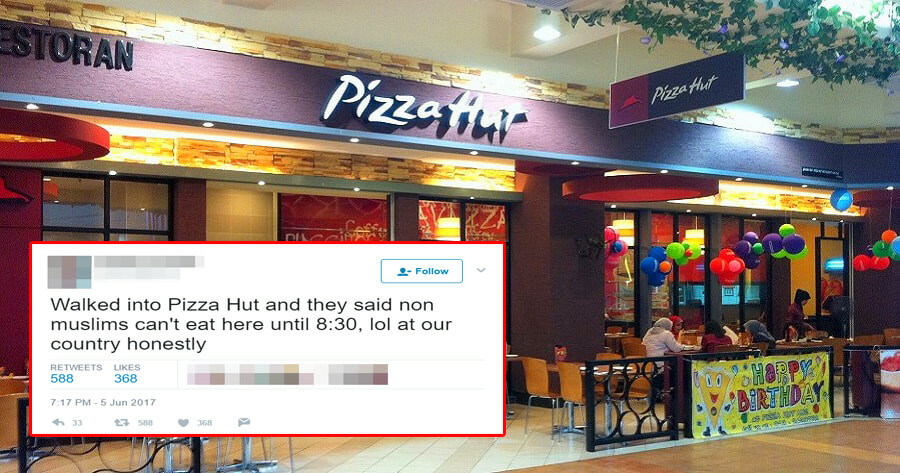 Two days ago on the 5th of June, a Malaysian netizen took to Twitter to share an unsettling experience when she visited a Pizza Hut branch recently.

In the tweet, the netizen claimed that the Pizza Hut outlet she visited did not allow non-Muslims to eat there until 8.30pm, which is an hour after the time Muslims break fast. 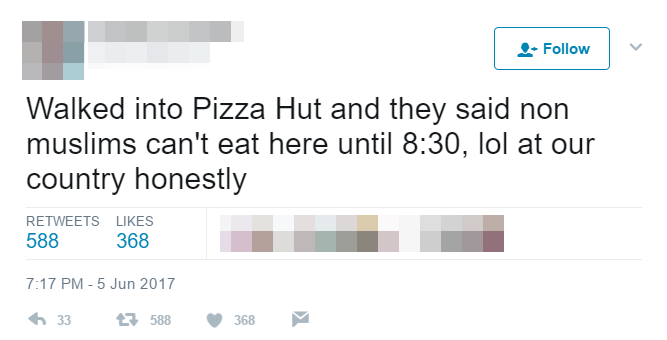 Many netizens caught wind of this tweet and shared their differing opinions on the matter. Some of them sided with her and agreed that it wasn’t fair.

However, there were people who also thought that it wasn’t a big deal and that it’s a respectful thing to do for Muslims who were fasting. 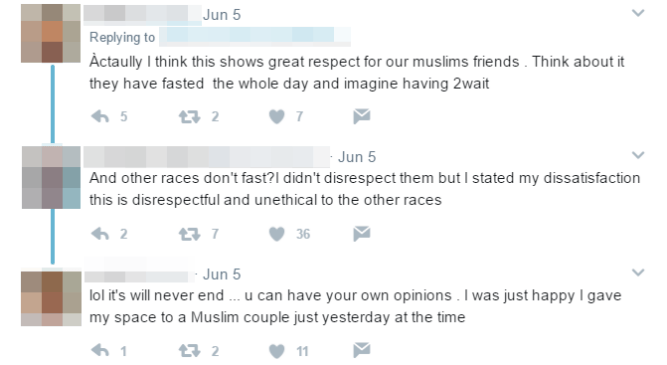 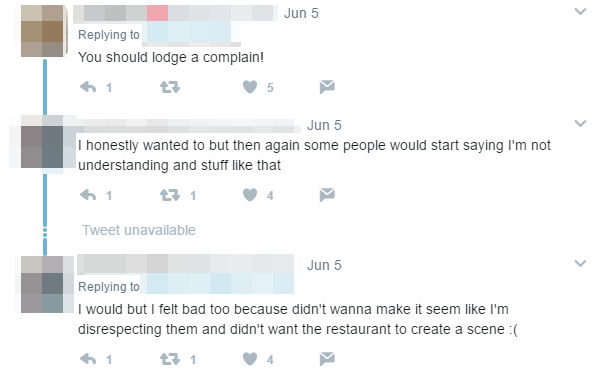 Despite that, one netizen decided to mention Pizza Hut Malaysia’s official Twitter handle to bring the issue to their attention. 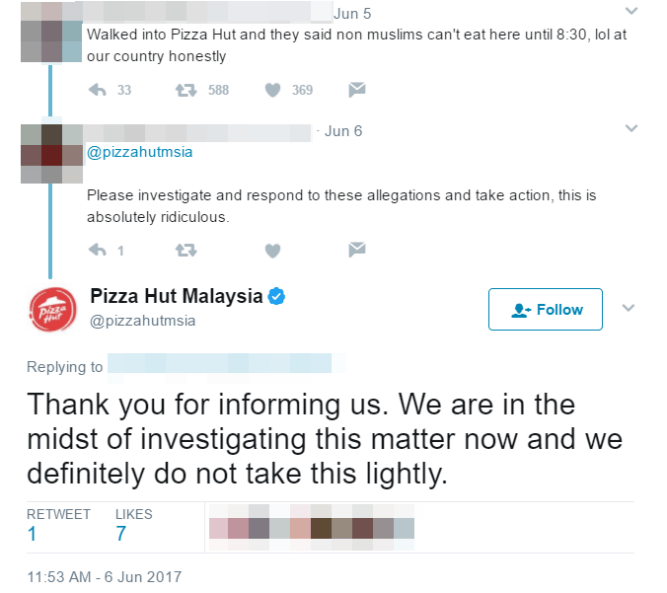 Pizza Hut Malaysia then responded to the issue the following day and assured the netizen that they were in the midst of investigating the matter. 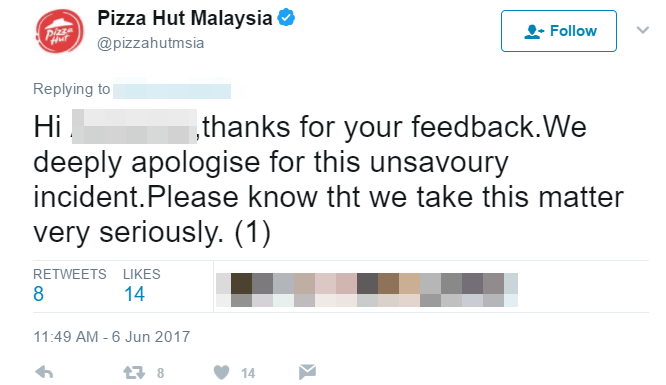 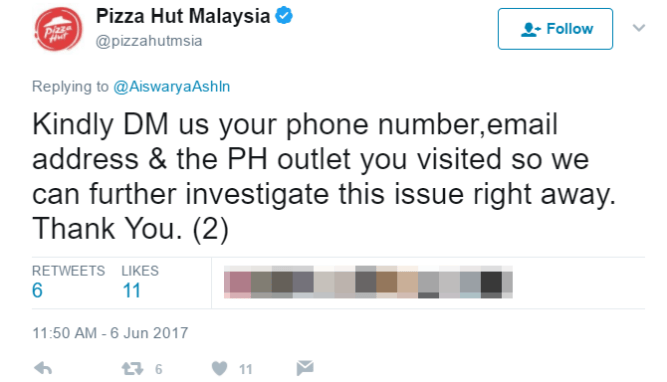 Well, whatever it is, let’s hope this issue will be resolved amicably! 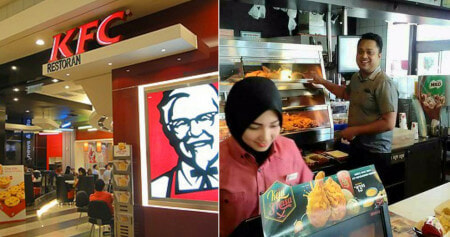