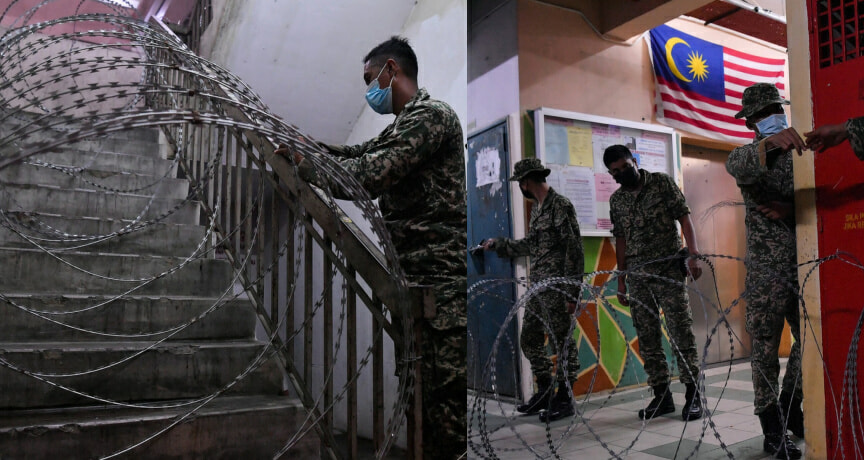 Should barb wires be placed on staircases of apartments in the EMCO areas?

Earlier, the Minister of Defense and Senior Minister for Security Ismail Sabri Yaakob announced the implementation of Enhanced MCO (EMCO) in the majority of Selangor’s districts and 14 localities in Kuala Lumpur. The EMCO takes place from 3 July to 16 July 2021.

One of the localities under EMCO includes the Kampung Baru Air Panas PPR (People’s Housing Project). In a series of photos shared by BERNAMA yesterday (3 July), the Malaysian Armed Forces (ATM) members are seen putting barbed wires at places like the staircase and the front of the PPR’s lobby. 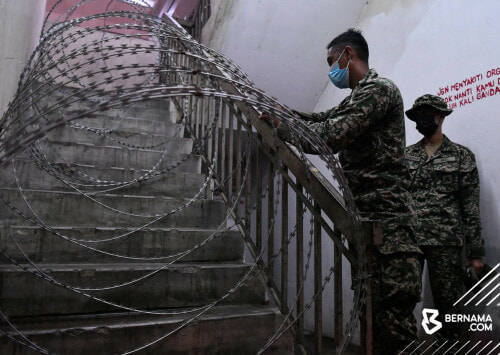 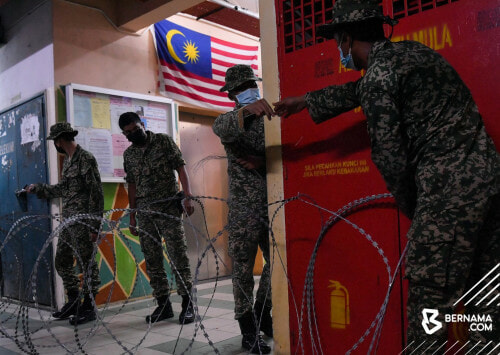 The post has garnered 3.5k comments and 10k shares at the time of writing. Many netizens are unhappy with the authorities’ act of putting barbed wires on the staircases.

One of the comments under the post says: “Sorry, there should not be any objects placed on the staircase, they are made according to the building requirements by law, there must be an alternative route when fire happens”.

Another comment says: “Which health and safety standard does this refer to? Which procedure are you going to follow if a fire happens? Kelam-kabut procedure?”

There are also people who are concerned about the residents’ well-being as well.

“Pity them. Their condition is so stressful. They are already spending their lives needily and in a cramped house, now with the barbed wires added, it’s as if they are living in a prison. The crazy and non-effective approach to decrease infections will only add pressure to them. I understand the conditions of living in PPR, may God ease everything for them.”

Regarding the incident, Minister of Federal Territories Annuar Musa tweeted yesterday night, saying that putting barbed wires on the staircase of EMCO areas is prohibited. “Installing barbed wire on the stairs of flats in the EMCO areas are not allowed. The instruction has been issued immediately, please take note,” he stated.

Hopefully the government can take more effective and humane measures to lower down the Covid-19 cases in Malaysia. 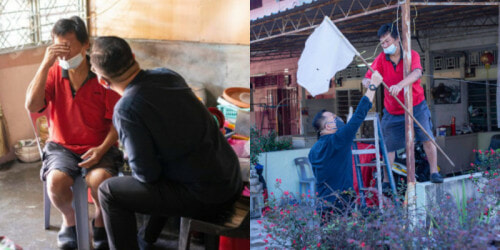