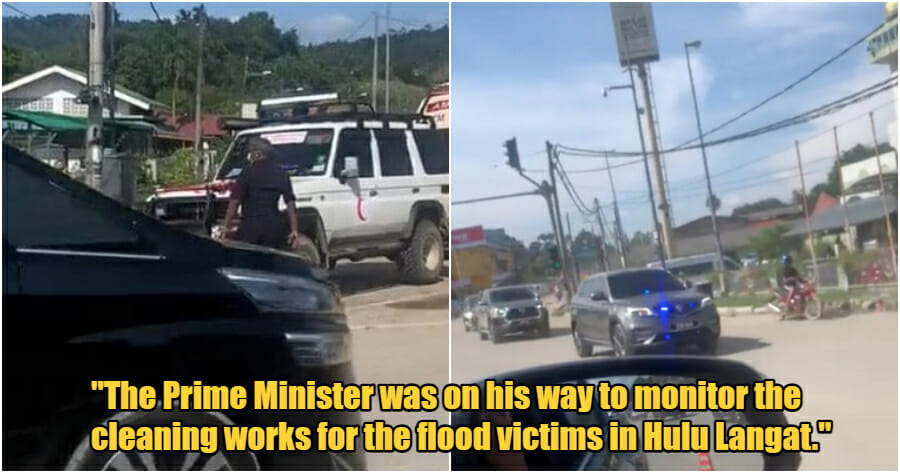 It is important for us to make way for emergency vehicles on the road, such as ambulances, police cars and firefighter trucks.

Yesterday, a video of an ambulance having to give way to a PDRM’s escort convoy of VIPs had gone viral online and stirred controversy among the netizens. 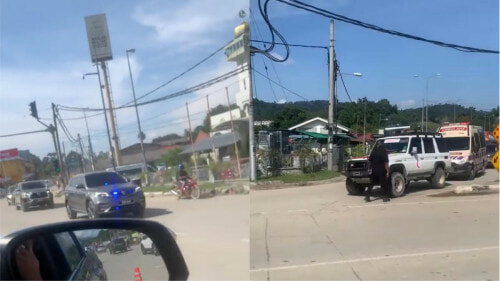 Just this morning, The Royal Malaysian Police (PDRM) had released a statement via their official Facebook account to quickly clarify the issue. 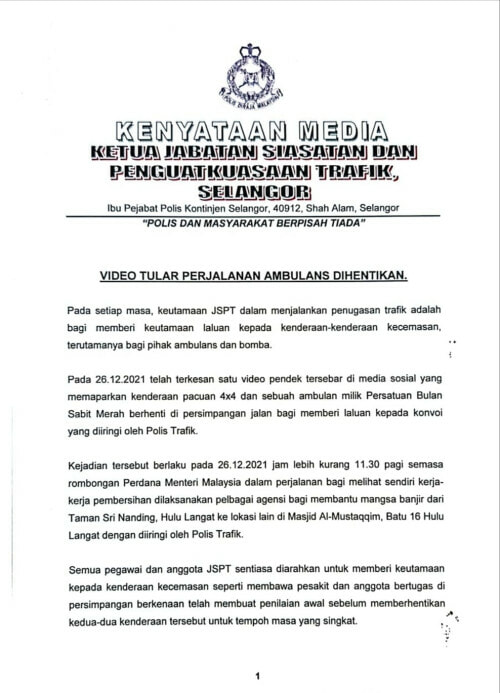 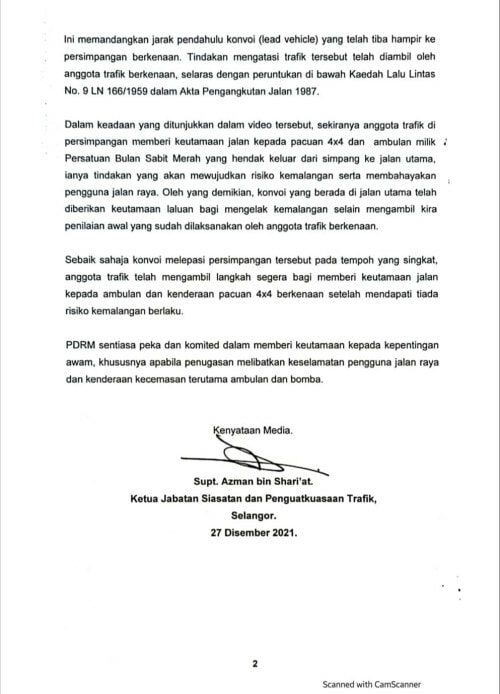 The head of Investigation & Traffic Enforcement in Selangor (JSPT), Superintendent Azman bin Sha’riat revealed that the incident took place yesterday (26 December) around 11:30 in the morning.

“The Prime Minister was on his way to observe the cleaning works for the flood victims by multiple agencies in Hulu Langat,” he explained.

The officers of JSPT have always been instructed to give priority to emergency vehicles that carry patients and the officer on duty at the time had made an early evaluation prior to stopping both of the vehicles (the ambulance and the VIPs convoy) for a short time.

“The lead vehicle of the convoy was nearing the intersection. It would risk an accident and endangered the other road users if priority was given to the ambulance and the 4X4 vehicle that was in front of it.”

The ambulance on the other side was headed to the main road from the intersection.

The decision made by the officer on duty was in accordance with Kaedah Lalu Lintas No 9, LN 166/1959 in the Road Transport Act 1987.

The ambulance and the 4X4 were immediately given the next priority after the convoy had left, as well as after ensuring there are no risks to the other road users.

Also read: Watch: Video Of Ambulance Having To Give Way For PDRM Escort Convoy Of VIPs Goes Viral 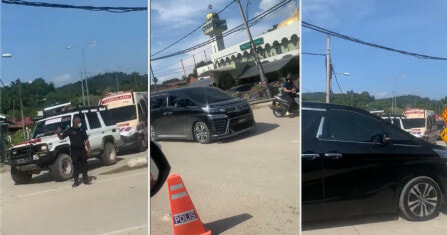