Today on Twitter, Muda, the party led by the former Sports and Youth Minister YB Syed Saddiq launched the #PauseMalaysia campaign. The hashtag was posted on the party’s official Twitter account along with photos that displayed their demands for the government.

Basically, Muda is demanding that all political parties in Malaysia to have a period of peace and avoid any seizing of power. The second demand is that there shall not be any sort of election as long as the Covid-19 threat is still at large. Finally, the third demand is for both the government and opposition to work together to prioritize the welfare of Malaysians.

The hashtag is currently trending on Twitter with the tweet having 1.8k retweets at the time of writing. Many Malaysian netizens also shared their thoughts regarding the campaign. Some are seen to be agreeing while others beg to differ.

Here’s what Malaysian netizens are saying; 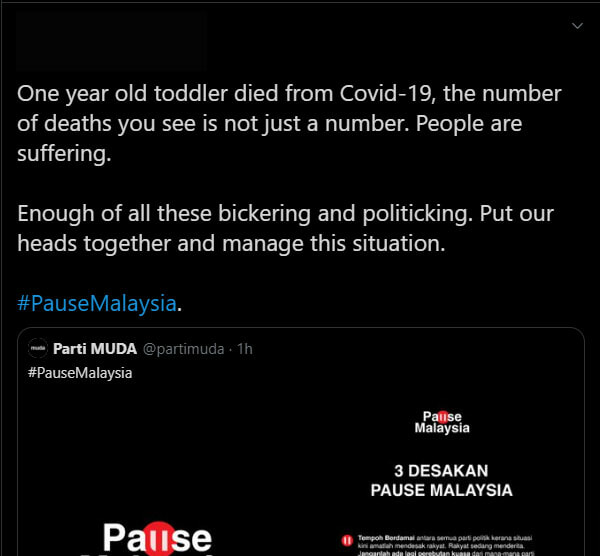 While some seem to agree with the campaign, there are also netizens who have different opinions. 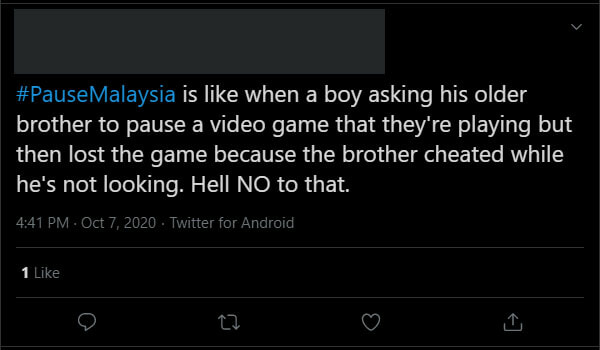 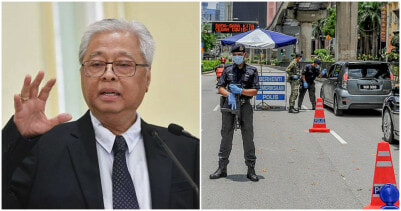