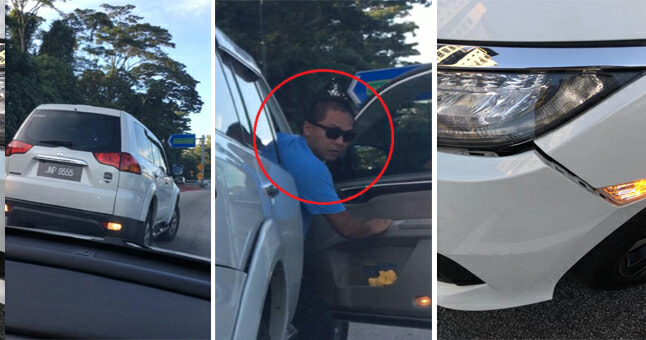 Road bullying cases are becoming more frequent in Malaysia nowadays. Every now and then, new footage of road rage cases get circulated on social media. And to make matters worse, most cases involve ladies as the victims of these road bullying. What ever happened to chivalry and respect…

Yesterday, a footage of yet another Malaysian road rage has been making rounds on social media. This time, it involves a man in his Mitsubishi Pajero Sport who had forcefully reversed into the car behind his in the middle of the road during peak hours. 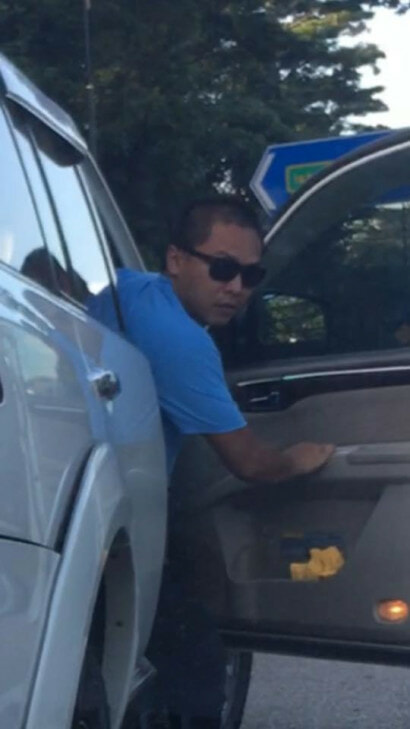 The victim, Pauline Chai was on her way to Damansara Perdana for an appointment. According to Pauline’s social media updates, the incident happened on Jalan Istana at 6.10 pm when the road traffic is at its peak.

It started when the man in question had suddenly stopped in the middle of the road for no apparent reason, and without the emergency blinkers on, according to the video footage. Pauline was immediately behind his vehicle.

The man’s lack of tact has caused a traffic build-up, to which the road users honked to express their impatience. Pauline joined the chorus of honking as she was already behind schedule. I mean, wouldn’t you honk at some random vehicle that stopped abruptly in the middle of the road?

Clearly the sound of honking had aggravated the man. He got out of his vehicle and started scolding Pauline, and even expressing rude gestures at her. The savagery doesn’t stop there, he threw a water bottle at her car.

Realising that things were getting intense, Pauline quickly took out her phone and started recording the incident. From the footage, the man reversed his vehicle into Pauline’s 4-month-old car, leaving her in a state of shock. 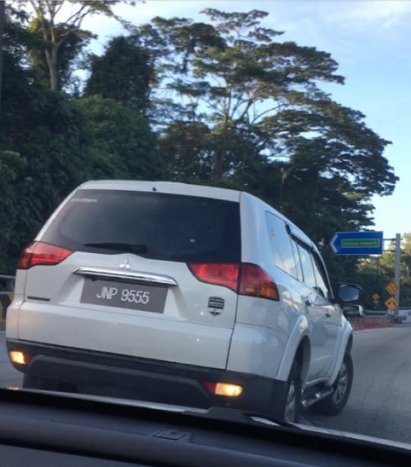 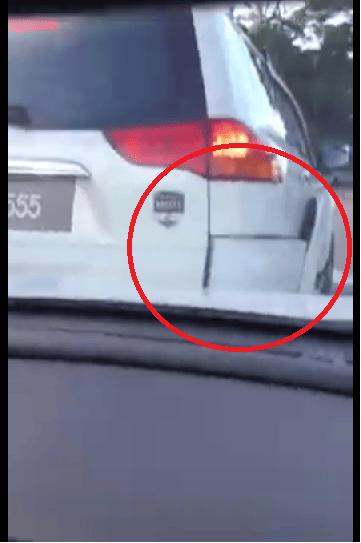 “I was shocked! After he hit me, he got our of his car for God-knows-what reason, but when he saw me recording him, he quickly fled! My car lights and bumper are destroyed!” she wrote in her post.

Pauline has since lodged a police report against the uncivilised man. She posted the footage on social media in hopes that the public could perhaps identify him and bring him to justice. 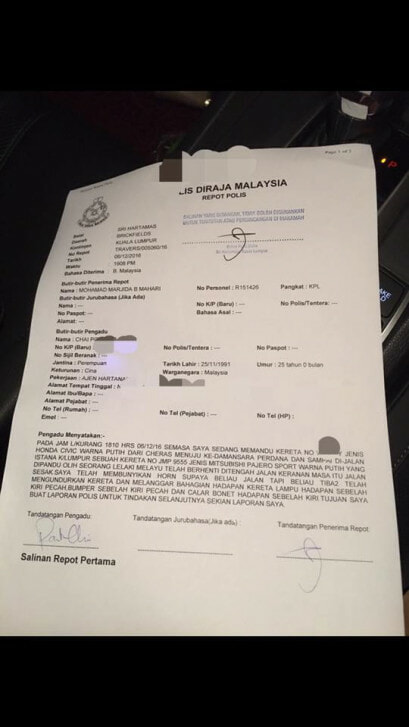 No thanks to the man, her new Honda Civic sustain some damage in the form of broken headlamps, dents, damaged  bumper, and a scratched bonnet. 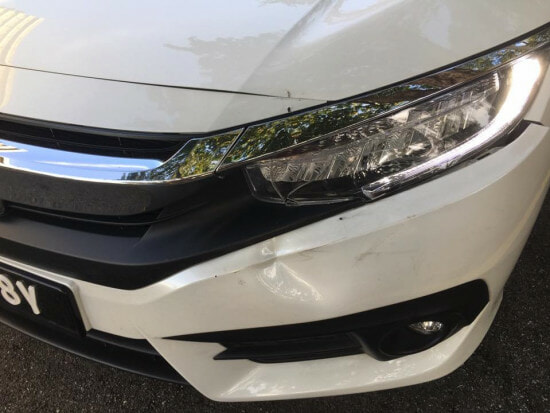 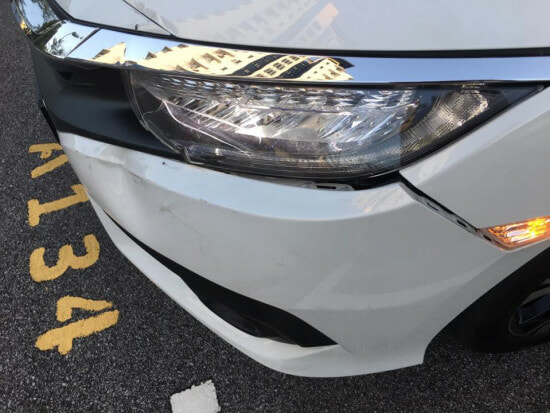 “My car is only 4-month-old and to watch it being treated this way is really heartbreaking for me,” said Pauline in her Facebook status.

Watch the footage below:

Heavier punishment should be meted out to road bullies as their kind seem to be a growing threat in our society. A similar case had happened yesterday in Malaysia as well. 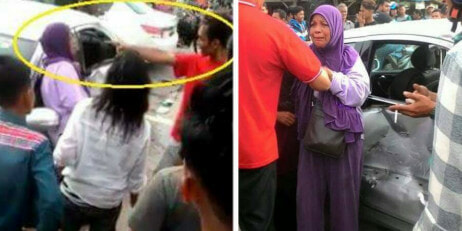