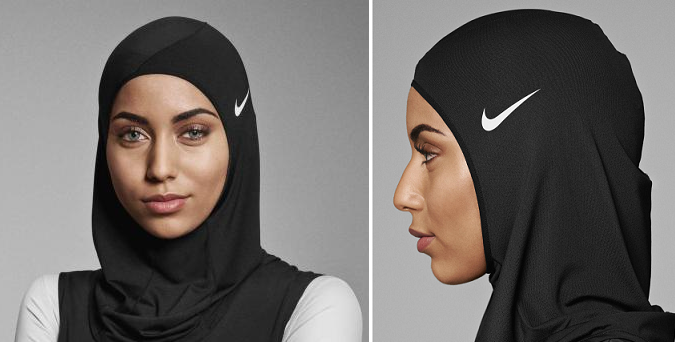 Muslimahs are gaining more recognition in the fashion industry as the market for modest hijabi apparel has been steadily expanding over the years. 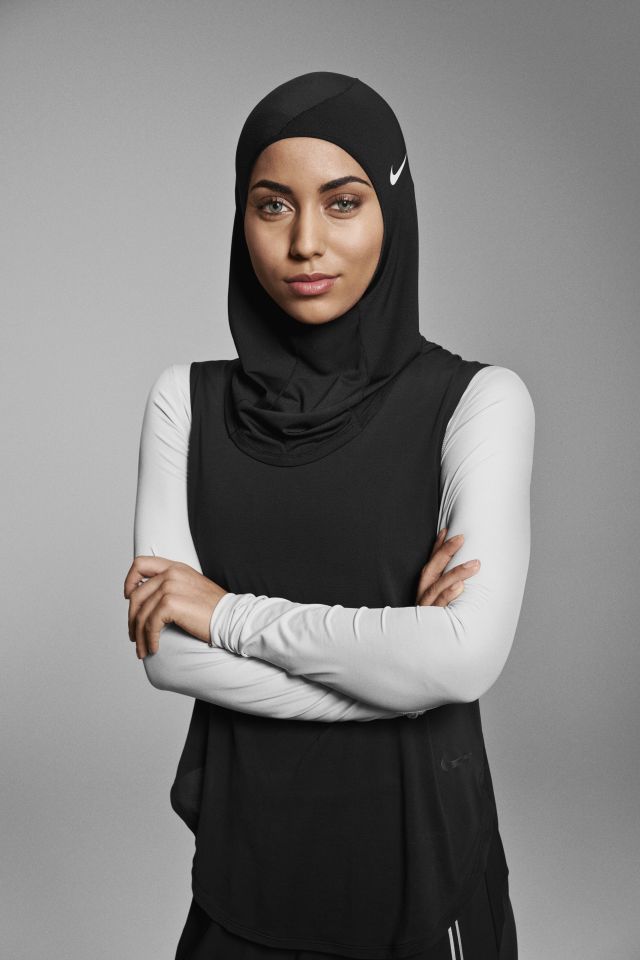 Recently, Nike joined the ranks of these designers and announced the release of their first performance hijab known as the Nike Pro Hijab for female Muslim athletes.

In fact, these athletes have been lacking a suitable sports hijab for years and this product has been long overdue. 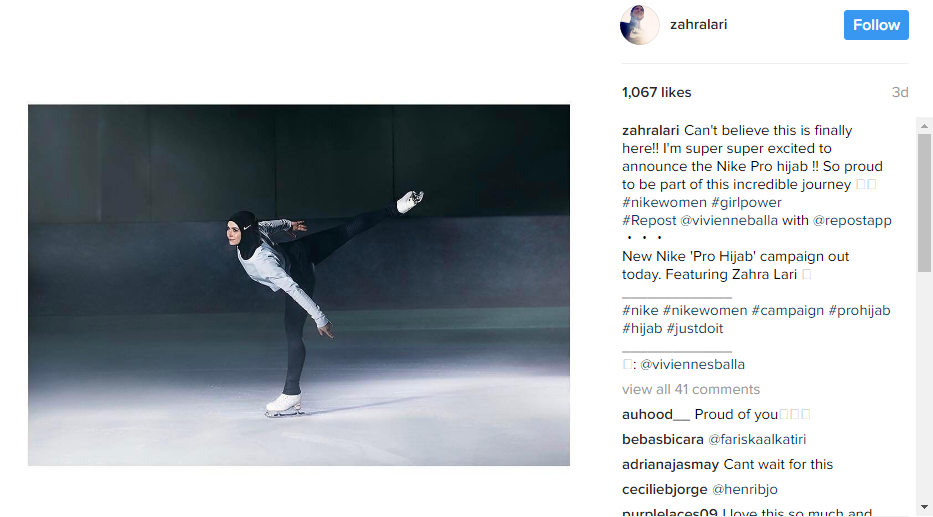 Lari, a representative from the United Arab Emirates and one of the hopefuls for the Winter Olympics next year in Pyeongchang, South Korea, posted a picture of herself wearing the hijab on her Instagram page. Her excitement for the product clearly evident.

The material is the major factor that makes it such a breakthrough sports item (and much needed for female Muslim athletes). Normal hijab materials are often made from cotton which absorbs water/sweat and causes the cloth to be damp for quite a while. 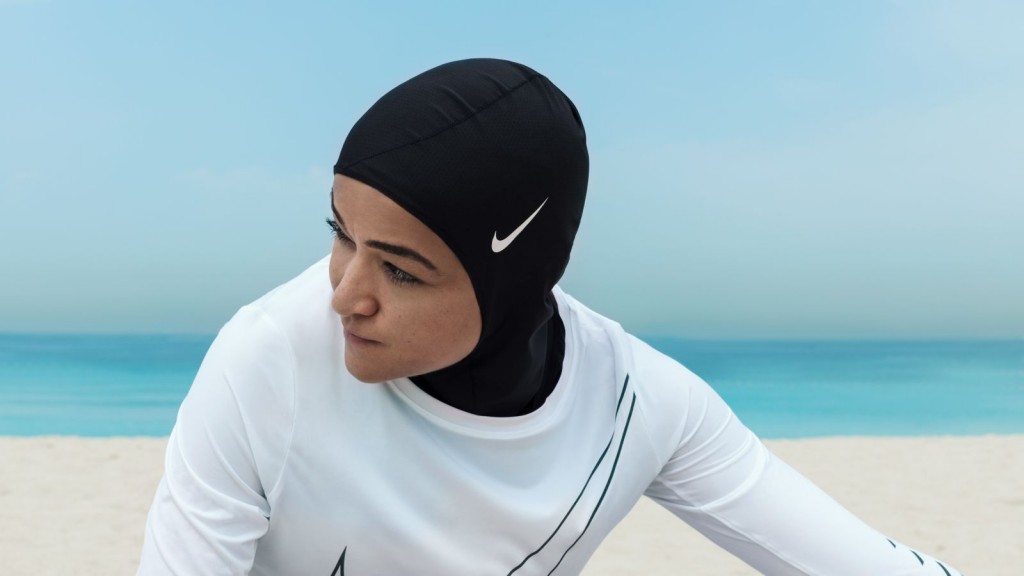 Instead, Nike’s hijab is made of power mesh, a light, stretchy polyester fabric that includes tiny holes for breathability, elastic binding, and an elongated back so it will not come untucked during vigorous activities. Nike announced that the hijab will go on sale in 2018 and comes in three colours: black, grey and obsidian.

The launch was welcomed with open arms on social media; with plenty singing praises for the company’s effort at inclusive values. 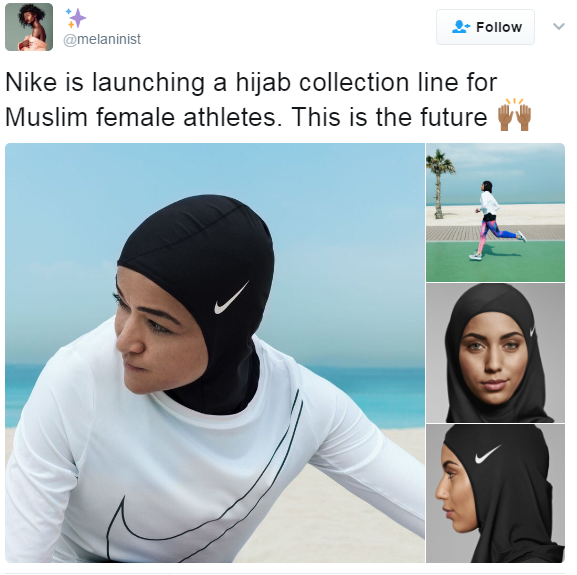 We’re glad Nike has decided to delve into making these necessities for the female Muslim athletes. Time to win all the trophies, our beloved hijabi sisters!