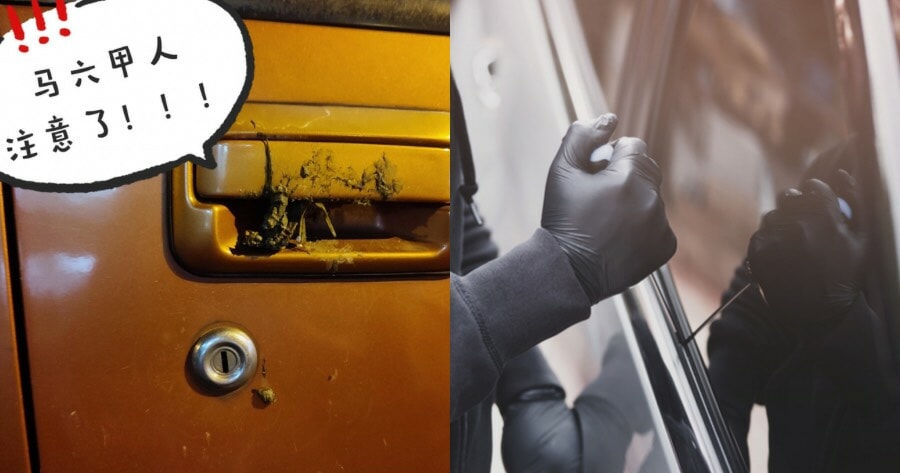 Just recently, according to Sin Chew Daily, a Malaysian woman shared what her mother went through in Melaka.

“If you frequent Melaka Jaya, please be wary! This happened to my mother a few nights ago after she was done with a meeting near Melaka Jaya.

After her meeting, it was almost 11pm and her friends decided to go for supper but she didn’t want to. She walked to her car and when she tried to open her car door, she realized that there were faeces underneath the handlebar of her car door. 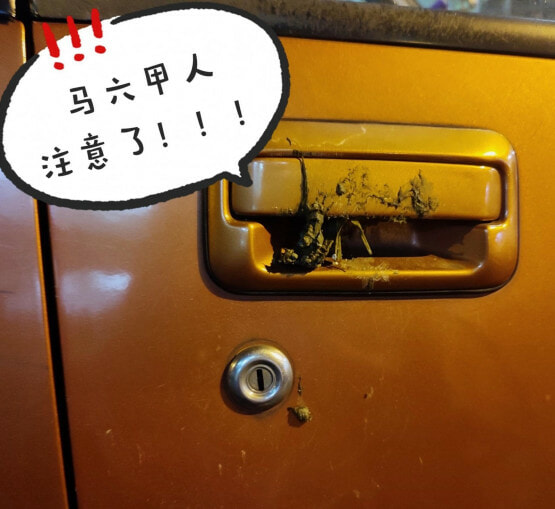 She looked around and realized that there was no one on the streets. For her own safety, she quickly got into her car, locked it and drove home.

She only cleaned it up after she was home and thankfully she wasn’t hurt. We think that it could be a new scam tactic where the robbers would attack you/your car when you’re in the midst of cleaning your hands/car.” 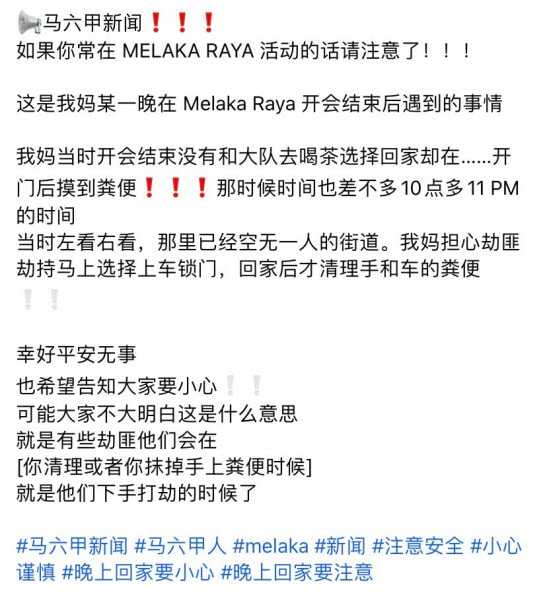 The post has garnered over 1.7k shares and here’s what some of the netizens are saying:

“What kind of human are they? Why would they play with poop and then put it on people’s car?”

“If it’s just “for fun” then I guess we’re not afraid, unfortunately only the handle bar on the car door has feces on it, there’s nothing on the side or the front, so I think it’s a tactic for robbing.”

You’d have to come up with such tactics in order to be a robber… I’m so done.”

“Thankfully your mother is vigilant.”

The woman then ended the post by warning all netizens to be vigilant of their surroundings.

Please be vigilant of your surroundings and if you come across any suspicious behavior, please get yourself to safety before reporting. 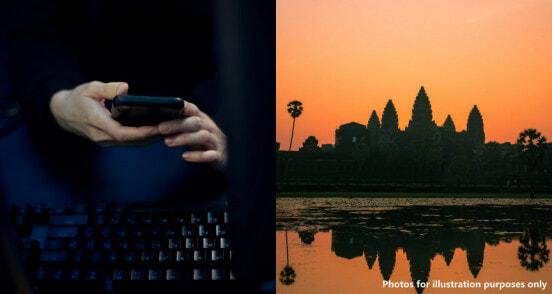