Recently, two blur ladies who appeared to be non-Muslim shocked everyone when they started praying in a mosque. This rare scene is believed to have happened at Baitul Iman Mosque in Limbang, Sarawak. 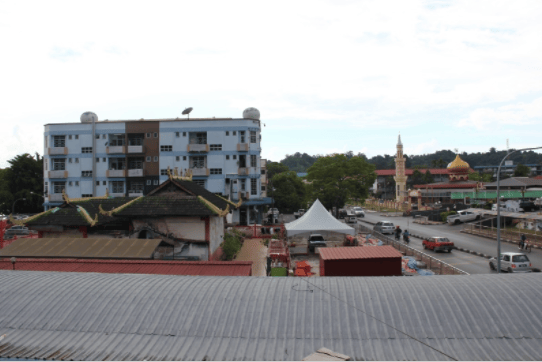 According to Sinchew, the two ladies were in fact tourists from Vietnam and they had mistaken the mosque for a temple. Since the access to the mosque was not restricted, the ladies helped themselves with a tour around the mosque. #VisitMalaysia

After that, they knelt on the floor and started performing prayers in a way that a Buddhist would. Here’s the video.

When they were done praying, a guy from the management of the mosque approached the ladies and set them straight in a friendly manner.

Here’s what the guy shared regarding the rather amusing incident.

“What happened at the mosque was true. After they were done with their prayers, I approached them and told them that they have entered the wrong place.”

“I’m very sure they’re not locals, because I asked them in English and they replied in a language similar to Thai.”

“At last I found out they were actually from Vietnam. So I led them out and showed them the direction to the Chinese temple, which is across the street.”

“They were laughing at each other. So it’s not a big deal. Once there was a Bruneian Malay who accidentally entered a church to pray.”

After this story went viral, Malaysian netizens applauded the guy for handling the situation calmly and treating them in a friendly manner.

“In Sabah and Sarawak, churches and mosques are located beside each other, and people are fine with it. Some park their cars at the church and would walk over to the mosque, and vice versa. Only people who are racist will have a problem with it,” a netizen said.

“Massive respect to the management of the mosque for the way they handled the incident, this is the true spirit of 1Malaysia,” another netizen commented.

With all the negative issues happening around lately, Malaysia definitely needs more kind individuals like this man! 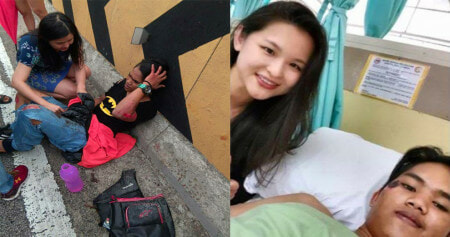