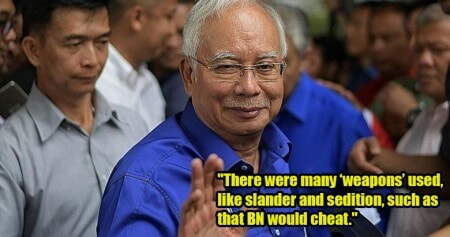 After going missing in action for more than a day, Najib’s voice is finally heard!

Ever since the elections closed and votes were counted, former prime minister Najib Tun Razak has been giving the nation the silent treatment.

Many have been wondering about his whereabouts as his frequently-updated social media accounts ceased to bring any updates. Even his Umno members did not know where he was as he failed to show up at his own press conference.

Immediately after Dr Mahathir was sworn-in as prime minister, Najib finally spoke up on Twitter at 11.23pm yesterday (May 10). The same post was shared on his Facebook as well.

“I just congratulated Mahathir on his appointment as the 7th prime minister. I am willing to assist with a smooth transition,” Najib tweeted, according to Malaysia Kini.

He had also uploaded a live video of his press conference at 11.11pm, where he accepted defeat as the will of the people.

“BN is committed to respecting the principles of a parliamentary democracy. I feel blessed to have been able to lead this country. I would like to thank all BN leaders, grassroots and Umno leaders who worked tirelessly during GE14,” he said.

“Winning 79 seats is still a mandate from the people and (these seats) need to be looked after well.”

Speaking at Menara Dato Onn yesterday, he said GE14 was a “tough fight”, according to New Straits Times.

“But this is a manifestation of the democracy we practise. There were many ‘weapons’ used, including slander and sedition, such as that BN would cheat during GE14,” he added. 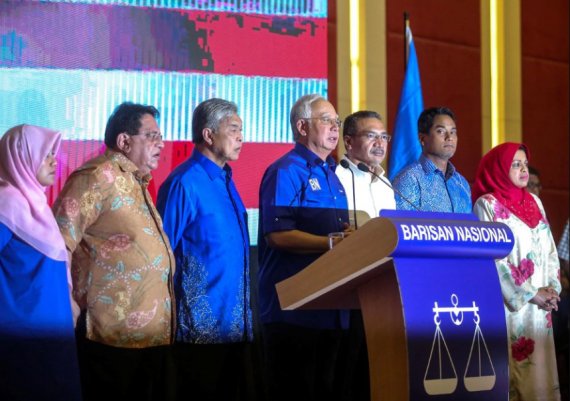 He then went on to say that no cheating was involved even though it went to the extent where there were messages that a National Security Council meeting would be held to declare a state of emergency.

“Since 2009, the BN government worked to increase the standard of living for the people and pave the way forward for future generations. There were many benefits from the trickle-down economic effect… in fact, this development (of the country) was recognised by world bodies,” Najib said.

“Despite this, perhaps what was offered was not up to the mark compared with the manifesto offered by Pakatan Harapan, which offered other things.” 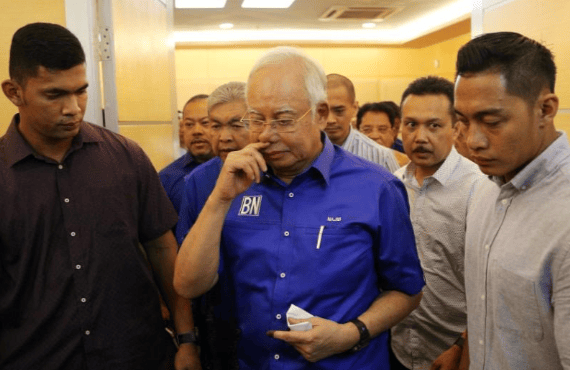 With BN deputy chairman Datuk Seri Dr Ahmad Zahid Hamidi and Umno vice-president Datuk Seri Hishammuddin Hussein by his side, Najib admitted that he is aware of the deficiencies in the administration of the country, and accepted the people’s decision.

After his statement, Najib left the building immediately and did not stay to take any questions from the floor.

Najib has humbly accepted defeat, but we still don’t know what he will be up to next. As for now, we certainly have hope in our new prime minister, Dr M who will fight for us!

Also read: BN Has Lost the Battle But Malaysians are Wondering: Where is Najib? 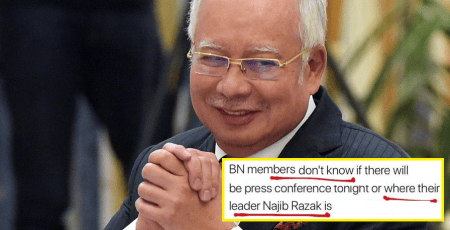