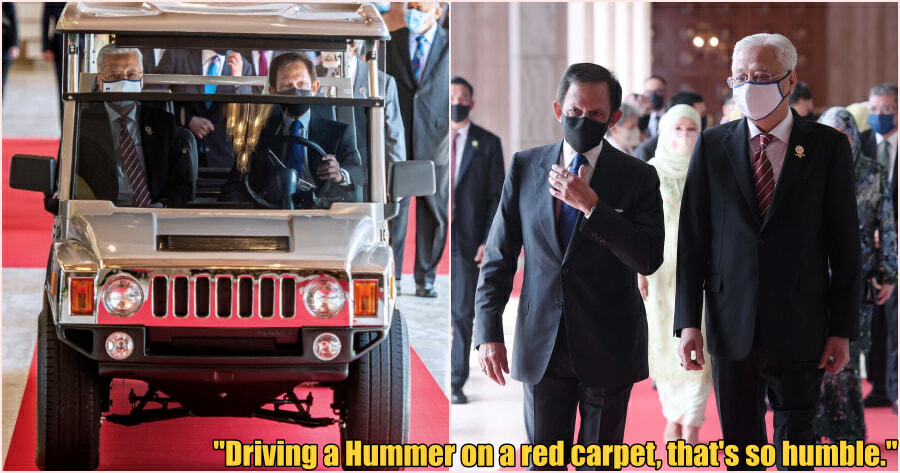 Recently, Prime Minister Datuk Seri Ismail Sabri has been under the spotlight for his responses and actions. He was criticised by Malaysians for defending Minister of Defence Datuk Seri Hishammuddin Hussein’s SOP violation.

The PM is currently on a trip to Brunei where he met up with Brunei’s King, Sultan Hassanal Bolkiah.

He recently shared a picture of the Sultan driving him around his house on a Hummer on a red carpet. Along with the picture, Ismail Sabri says that the Sultan is ‘humble’ and friendly.

The tweet has garnered plenty of attention and currently sits on over 1,639 likes and 274 shares. Plenty of users took to the comments section to slam the PM for saying that the Sultan is ‘humble’.

“Really? Your version of humble is only understood by you… then for us that take the bus, lrt, stuck in traffic or walk in the rain and burning sun is that called pathetic? What kind of PM are you,” said a netizen.

“How is that humble, how big is his house that you need cars to enter it??”

One user sarcastically said, “Driving a Hummer on a red carpet, that’s so humble.”

Following all of the criticisms thrown by Malaysians to the PM and Brunei’s Sultan, Bruneians took to Twitter to slam Malaysians back.

“At least we have free healthcare and free PCR tests,” said one Bruneian.

“Malaysians, you can say whatever you want to your Prime Minister, not to our Sultan.”

“Him driving inside his huge palace on a red carpet is not a big deal as he takes care of us.”

“While your PM? Embezzle government money,” claimed another Bruneian.

What do you think of the picture? Could it really be described as humble? Let us know in the comments

Also read: M’sians Displeased at PM For Defending Hishammuddin’s SOP Violation & Telling Him Not To Resign 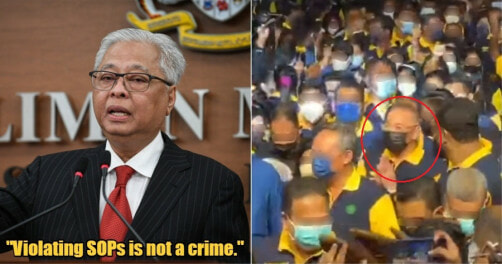