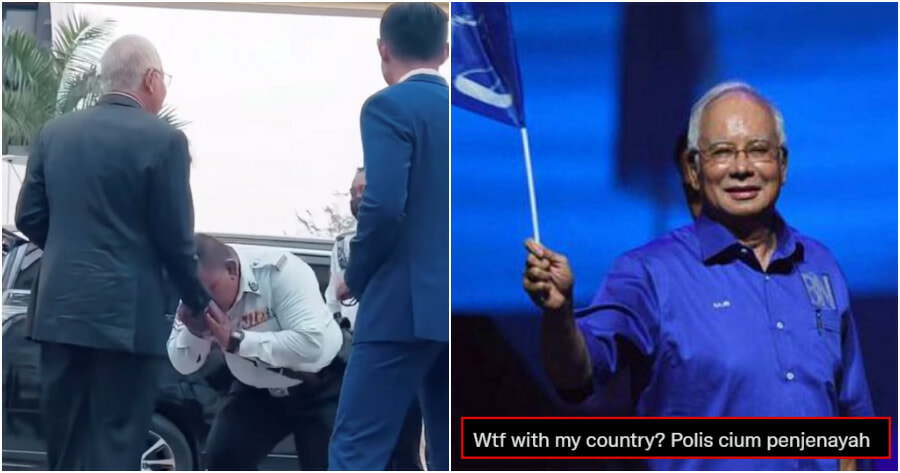 In Malaysia, VVIPs and politicians are often treated like gods as they are celebrated and treated as if they have done no harm even if they’ve actually done more harm than good.

Recently, a picture of a PDRM officer kneeling down and kissing the hand of former Prime Minister Datuk Seri Najib Tun Razak went viral on social media as netizens criticised the practice of idolising politicians. 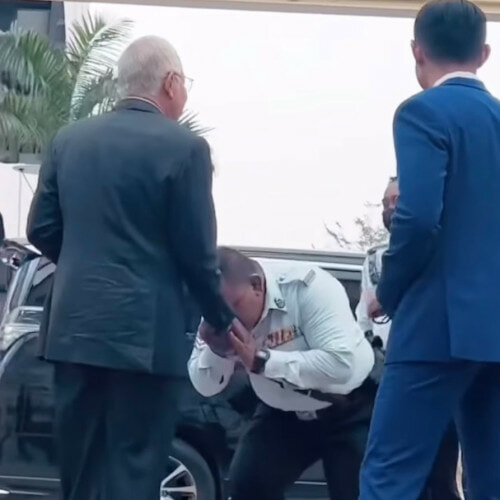 The viral picture was taken from a video shared by Najib’s Special Officer on July 20, and shows a PDRM officer seen clearly  bowing down to Najib as he holds and kisses his hand as he walks to enter Parliament.

Is this what Malaysia has become?

The picture went viral on Twitter and sparked plenty of backlash from netizens who were quick to condemn the PDRM.

Users pointed out how it is extremely ironic that the PDRM are idolising and celebrating Najib when he’s been convicted for his crimes.

“Wtf (is wrong) with my country? The police are kissing criminals.”

“No matter how much he steals from the people and how many crimes he commits, some of the people in our country will continue to kiss his hand or lick his leg. This is the reality,” commented another user.

One user highlighted the irony, “(A) picture that hits hard. The hand of a major criminal is being kissed by the police who are supposed to catch criminals.”

A number of users also tagged PDRM’s official Twitter account whilst asking them to take action on their member of staff.

“The police man should be sacked and not given leave or a transfer. Imagine the police kissing the hand of a criminal. You don’t even see this in Mexico,” said a netizen.

What do you think of the image? Should the officer be reprimanded?

Also read: “When will you wake up?” – Viral Video Of Zahid Hamidi’s Supporters Defending Him Causes Divide 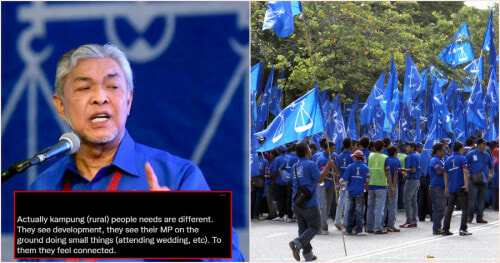