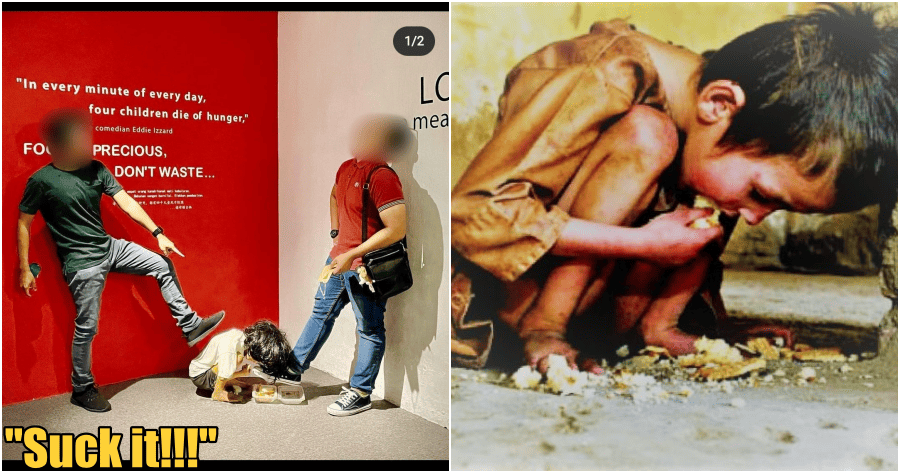 Exhibitions can be rewarding in terms of expanding one’s mind.

Providing you with the knowledge you never knew about, raises awareness about global issues and even benefits your business if marketed properly.

Recently, a tweet went viral when a netizen pointed out an immoral Instagram post. The said post shows 2 people at an exhibition in Penang who posed for a photo by pretending to step on a replica of an underprivileged child squatting and eating.

The exhibition that was held in Wonderfood Museum in Penang was organised to raise an important issue about child hunger. 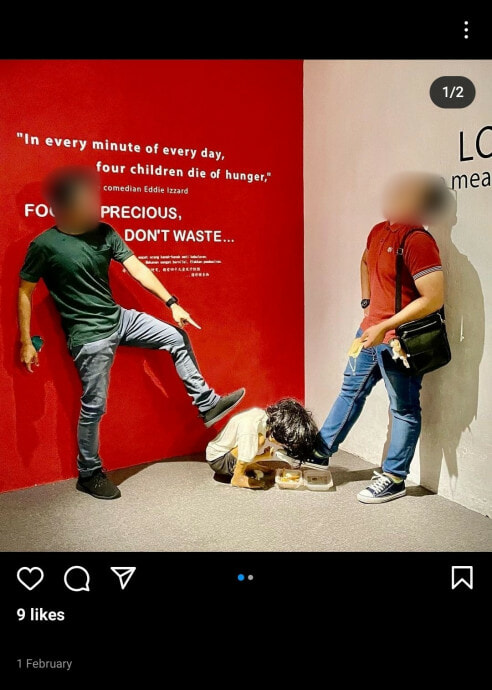 One posed as if he were stepping on the child’s back while pointing at the child, while the other one put his foot near the child’s face covering the food while laughing. The post is captioned “Suck it” and this caused rage amongst netizens.

“This is what I mean about the lack of compassion. This fella legit posts s*** like this on IG, who even thinks of doing this sort of thing at an exhibition about child hunger?” 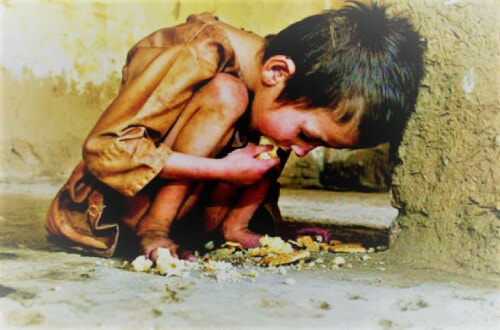 The person who posted this atrocity on Instagram had come across the tweet above and he actually had the audacity to reply with an ignorant remark stating,

“If Malaysia has a ‘Debate Corner’, you would have been boo’ed!! These are all crazy heads.”

The tweet has garnered over 1,021 retweets and 1.5K likes at the time of writing.

What do you think of such atrocity? Let us know down below.

Also read: A M’sian Teacher Strongly Advises Sex-Ed in Primary School After 16yo Gets Pregnant During MCO 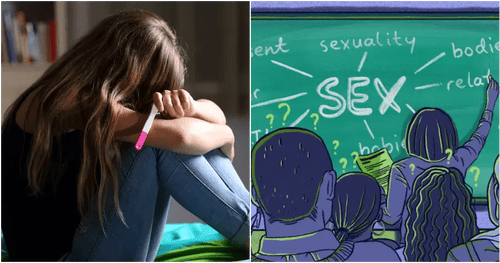