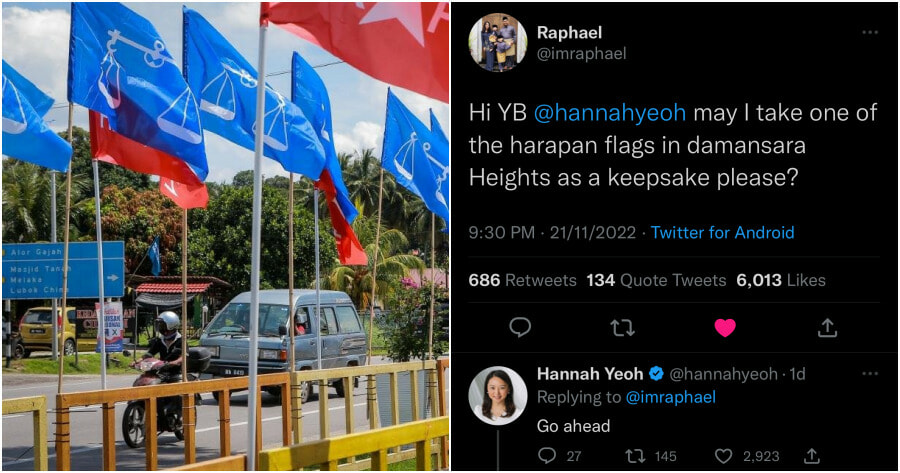 Every time a General Election comes around, we’d often see the flags of the political parties/coalitions littered about all around the neighbourhood as a ‘reminder’ on who we should vote for.

However, what happens to these flags after the election period is over?

Recently, a Malaysian took to Twitter to ask Segambut MP, Hannah Yeoh if he could take one of the Pakatan Harapan on the streets of Damansara Heights to keep as a keepsake.

Hi YB @hannahyeoh may I take one of the harapan flags in damansara Heights as a keepsake please?

Much to his surprise, Hannah Yeoh actually responded to his tweet and told him that he can go ahead and take the flag for free.

Others ask their MPs for flags

Seeing as Raphael’s request was successfully approved by Hannah Yeoh herself, other netizens also chimed in the comments section to ask their MPs if they could also take a flag from the streets. 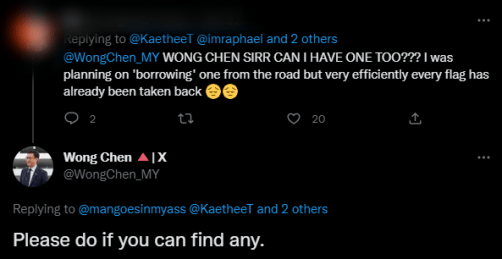 Meanwhile, a number of netizens flexxed their flag collections and how they had managed to collect the flags of various political parties/coalitions. 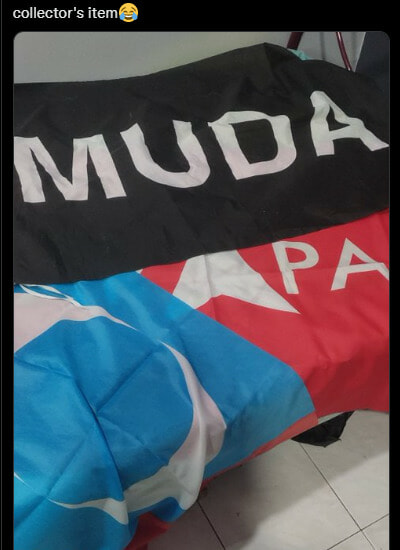 This included both the flags of coalitions such as BN, PN and PH, as well as the flags of individual political parties such as MUDA, PKR and Pejuang. 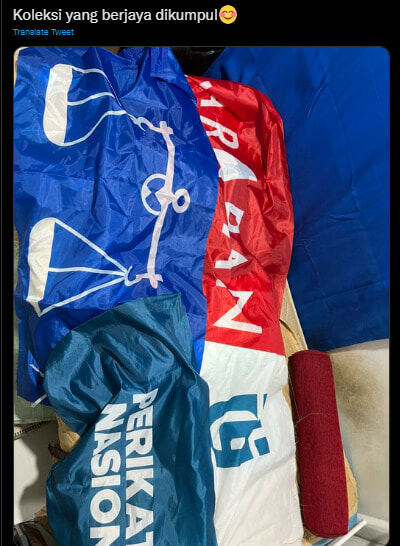 Did you manage to collect some flags before they were taken away? 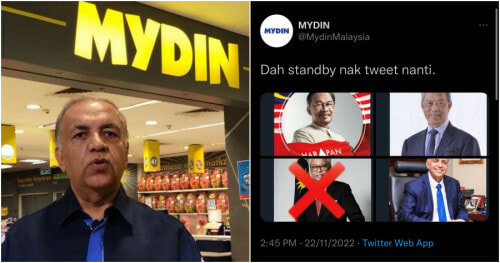