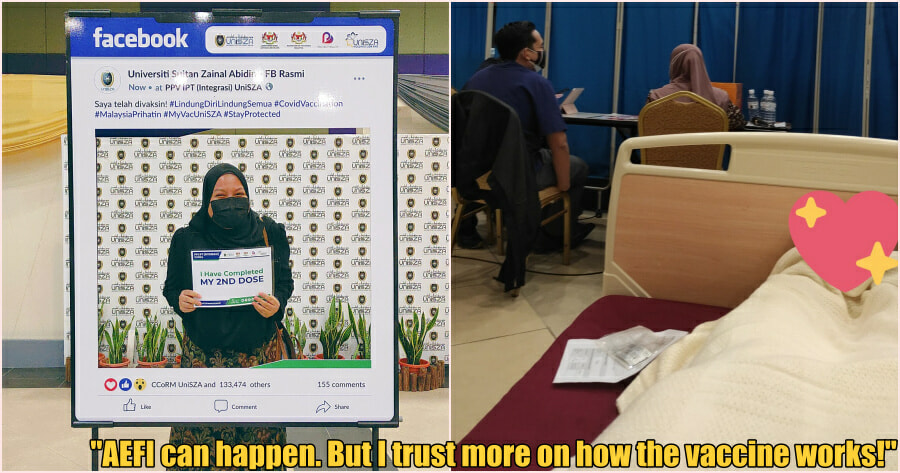 It was recently announced by the National Pharmaceutical Regulatory Agency (NPRA) that there has been 24,788 reports of adverse events following immunisation (AEFI) among Covid-19 vaccine recipients up to Jan 31 with 1,004 reports involving the booster dose.

Following the announcement, plenty of Malaysians voiced their concerns over the booster jab even though Minister of Health, Khairy Jamaluddin stated that among the AEFI reported from booster dose recipients, only 64 of them were classified as serious.

Recently, Twitter user Qasyrina shared her experiences with AEFI. However, she urged Malaysians to not hesitate getting vaccinated as experiencing AEFI is better than contracting the virus.

In response to another user who also urged people to get their booster shots, Qasyrina said, “I have experienced AEFI with all 3 doses of the vaccine.”

“I had rashes all over my body, had an increased heart rate and was even trembling and struggling to breath, but I was okay,” she explained.

“It is much better than getting Covid. If there is a 4th dose, I would not hesitate to take it.”

“I’m not against the vaccine! Not at all! AEFI can happen but I trust more on how the vaccine works,” she told netizens.

Her tweet has amassed 991 likes and 813 shares. However, she was bombarded with comments by those who don’t believe in the booster jab.

“When something is proven to be bad, yet you still take it multiple times. That’s just plain stupid,” commented one user.

Another pointed out how if you know something is not good for you, you shouldn’t take it. “If you know that the iron is hot, don’t touch it. If you know that poison is dangerous, don’t drink it.”

“You know that the vaccine changes our DNA, but you still stubbornly take it!”

She explains the reason behind why she experienced AEFI

Following all of the criticsms she received for her tweet, Qasyrina explained that she experienced AEFI due to her history of allergies.

“I’m the type that eats seafood and nuts even though I’ll have difficulty breathing. That’s why before the injection, the doctor would ask if you have any history of allergies so they know whether to expect this or not,” she explained.

Some netizens supported her views

Although her tweet has been massively criticised by those who don’t believe in the booster jabs, plenty of users praised her and shared her views.

One user commented, “I’m impressed by your courage! Not everybody is like you. They’re scared of experiencing AEFI but it’s true. Covid is much worse.”

“True! If there is a 4th dose I would still take it. It’s because we know how vaccines work and we believe in science and not just conspiracy theories,” said another user.

Meanwhile, another netizen commented, “She has experienced AEFI 3 times. But those who might not experience it still don’t want to get the vaccine.”

We hope that everyone does their part to keep themselves and those around them safe from the virus. 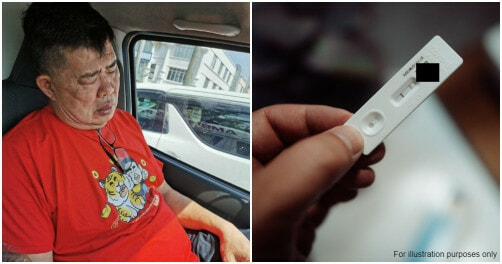