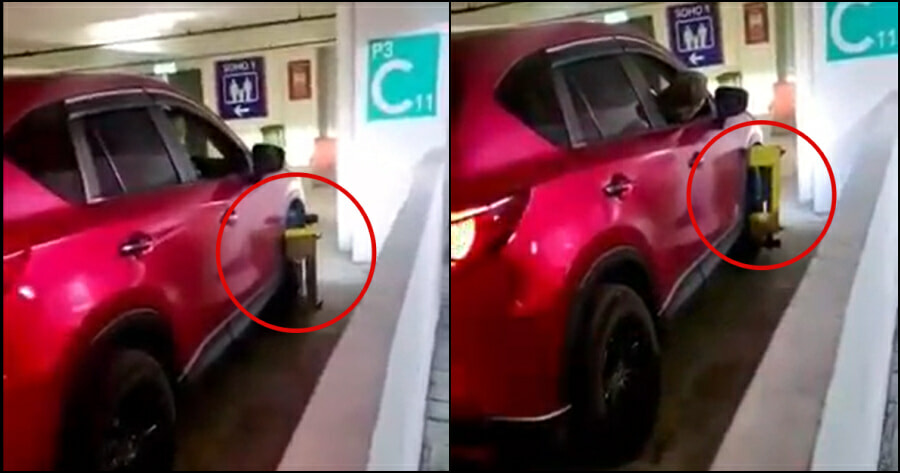 Being a vehicle owner isn’t easy when you have rush to places and there are limited parking space, especially in a state of hurry.

A video has been circulating on social media showing a Mazda SUV owner trying to drive off while a clamp was still intact on the tyre. The caption reads “Keep calm all the time. Did the driver realise that the fender, polish, respray, rim and tyres are all fxxking expensive? Always be cool guys.” 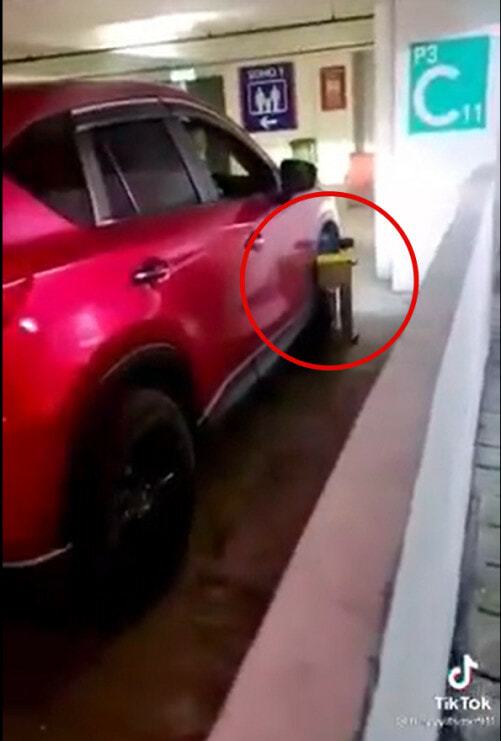 It appears that the Mazda owner did not park at the parking box and later got his vehicle clamped by the security guards who worked at the compound.

After witnessing his car being clamped, the owner approached the security guards and claimed that he had to park there due to an emergency as he had to hurry off to the hospital.

Apparently, the driver even offered to leave behind his IC along with some cash in return for his car to be released.

However, the guard had explained that the only way he can remove the clamp is by paying a RM100 fine. This infuriated the driver and he made an attempt to drive off with the clamp still attached to his tyre. 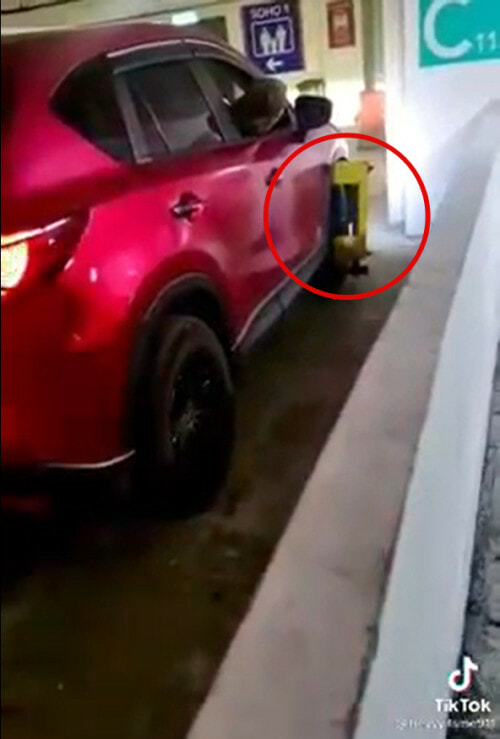 Netizens have a lot to say about this!

The video has attracted various opinions of netizens. Some believed that if only the driver had calmly handled this issue, he would have eliminated this situation, maybe even giving the management an opportunity to hear him out and spare him any penalty charges.

“Too emotional… which ended with him having to incur expense… Fixing the fender, new paint job, adding on the payment for the damage of the clamp. Not to mention the fine for parking illegally, police case, all these will come out of his own pocket. Anger brings great loss”, says one netizen.

Others believe that the driver may be speaking the truth, and that it was unfair for him to have been showed no empathy.

“Didn’t he ask why was he not informed? RM100 is an amount he can pay… he’s just unaware that he could pay there itself… because he was in an urgent state”, a netizen supports.

“You need your IC when visiting the hospital, others cannot hold his IC. He has money, leaving behind something valuable is easier”, another netizen agrees with the driver’s actions.

“Maybe he has to visit a member of his family at the hospital… if he dares leaves his IC behind, maybe he was right! Lets not jump into a negative conclusion.”

“He said that he had a hospital emergency and he was willing to leave his IC so the guards could locate him… Hmm, I side with the brother in the red car.”

Should the driver have acted calmly or should the security guards have understood the driver’s situation and let him go? Let us know down below in the comment section. 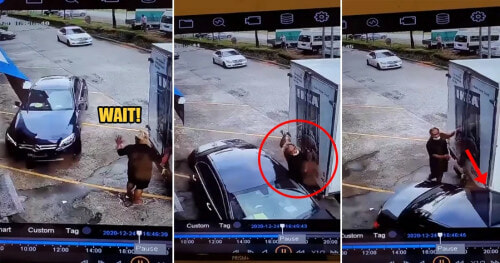